Shouldn't someone have a controlling interest in a cofounding arrangement?

It seems a popular opinion is that cofounders should have equal ownership in a venture, and if I had the right partner (who had the right stuff and shared my vision) then I would give 50% despite my significant preexisting equity in the project

On the other hand this seems to violate the principle that one person should have a controlling interest in order to encourage decisiveness and claim ultimate accountability for priority. What are your thoughts on the matter? How can both people lead at the same time? Or is it reasonable, and enforceable by contract, that the original founder partner (or the co-founder) have the majority leadership role despite equal ownership?

Allocation of equity in a startup is an issue on which entrepreneurs frequently take too short sighted a view. If you anticipate growing beyond just being a small, "life style" business, you will likely require multiple rounds of financing and also need to deal with allocation of equity stakes to key executives and employees. Your question is worded in such a way that it appears you are not thinking about developing an intermediate to longer term plan for your capital stack. It also seems you anticipate only you and a single co-founder holding 100% of the equity. I believe this is a very naive view of planning a capital stack for a business expected to grow beyond a simple partnership of two individuals.

Allocating Equity in a Startup

Building a business is not unlike constructing a building, except that the required materials aren't tangibles like bricks and mortar, but intangibles such as a great idea, strategy, execution and most importantly capital. However, with multiple founders showing up with varying contributions at different times, it's hard to know how to divide the ownership of the company. This is particularly difficult when the company is in its early startup or development phases. However, before outside capital is sought, the division of equity ownership amongst the founders is a matter than must be settled. How much should be given to the entrepreneur bringing the idea versus the individuals required to execute? What about the investors contributing the initial development and launch capital?

Fair and equitable allocation of equity ownership is a question frequently asked of Harbour Bridge Ventures. While leaving this question ultimately to be settled by the entrepreneurial founding team, we have always suggested that a winning business partnership is built on compromise and fairness. But to split up equity fairly, all founders must agree on exactly what "fair" is. The option we most often suggest is for founders to think like investors when determining the value of their contributions, even if they have no plans to raise funds. As there is a significant volume of information and experience of valuations conducted by investors, this can be useful in providing a market-tested, third-party framework for equity allocations. By relying on such market-driven criteria, no party needs to prove the value of his or her particular contributions.

So let's take a closer look at how professional investors value founders' contributions in a Series A round, when a young company closes its first phase of financing. Typically, after such a deal, founders will be left with 30% to 50% of the total equity. That represents the product, the strategy, and other noncash contributions. The investors will get 30% to 50% of the equity in exchange for 12 months to 24 months of operating capital. Some 10% to 20% is reserved for future hires, including key managers.

Of the 30% to 50% set aside for the founders, the idea alone commands little payout. If contributing nothing more, the person who came up with the idea--no matter how brilliant--can expect to hold on to less than 5% of the company. After all, ideas are bound to evolve many times during the life of a startup. Even the principals of venture successes such as Google and Facebook only began to see a premium after the Series B and C rounds, once the businesses started to gain traction.

Instead, the bulk of founders' equity is granted for developing the product, building a viable business plan, and leveraging relevant experience and contacts. Founders responsible for the product or strategy should be compensated for their efforts, with a premium paid for a proprietary, working product. Founders who join the company full-time deserve more equity than those making early, one-time contributions. Opportunity costs are a factor, too. Equity should not only compensate founders who are giving up lucrative careers but also motivate them to propel the startup over the next four to five years.

Then there's the importance of cash. Even companies launched through bootstrap capital generally require some working capital to finance day-to-day operations until the company can support itself and its employees. This may be far less than a venture capitalist is likely to invest, but that's partially offset by the fact that the company, and any investment, is much riskier in the early stages. And these days, capital is frequently scarce and difficult to raise for early stage companies. In a tough fund-raising climate, cash commands a premium. In the current financial climate, Investors are valuing potential portfolio companies at 40% to 60% less than they did in 2007, when private equity flowed relatively more freely.

A final point is that, as time passes, the company will become less risky, and those who take on less risk deserve less equity. So later investors in a business that is cash flow-positive will receive far less for their contributed capital. Similarly, a founder or senior manager who joins a startup after it already has some traction should expect less equity -- the foundation, after all, for later success and growth has already been laid -- than an early founder who took potentially greater risk.

Under No circumstance... let me repeat this: UNDER NO CIRCUMSTANCE should you ever devise a corporate structure that leaves two people owning 50% of the equity/control of the entity. this is a recipe for ultimate doom.

You would not race a sailboat with two people's hands on the tiller, would you?

If need be, you can write an agreement to split the profits interest 50/50 and the equity/control 51/49, but only one person should be driving the boat and have ultimate decision making power. Trust me, I've been there and thank god, it was early in my career and learned a valuable lesson from it.

Companies are not democracies.

I understand. I hope my suggested answer to your question was helpful. It is most important that you have an intermediate to longer term plan for the evolution of your capital stack through at least the first several rounds of financing. This also will reassure any potential investors you approach that you have carefully thought this issue through. For any serious Angels or Institutional capital sources the lack of a realistic plan for not just seed capital but several rounds of anticipated capital raises is a real turn off. Good luck with your opportunity.

Steven Forth Co-Founder at TeamFit

This depends a great deal on the people involved and the culture you are trying to create. There are many examples of successful shared leadership. It helps to have clear roles and mutual respect. In any case, there has to be some mechanism for founders to leave the company, get recognition for the value they created, but not for the value they did not yet create.

The most important thing is that, regardless of the equity split both you and your partner agree on the equity split and what each of you is bringing to the table now and as the venture progresses. It is a discussion that needs to happen upfront, respectfully, and honestly.  A truly successful partnership has trust and respect at its core.  I strongly believe that without this, a partnership and venture will not succeed.
To directly answer your question, with an equal partnership, a dynamic can exist where each partner is equally committed and doesn't want to let the other one down.  It can be a positive relationship where each one inspires the other.  It can be difficult to achieve this without an equal partnership.  On the flip side, an equal partnership can lead to disagreements in the direction of the company that can be difficult to resolve.
In a case where there is significant preexisting equity from one partner, an equal split may not be the right choice.

There are any number of methods that can be used to resolve inevitable differences of opinion. Majority ownership is one. Where there is no majority, assigned voting rights are another. What's important is to acknowledge the notion that disputes need to be resolved, and plan accordingly.

In this particular vertical of interest that I desire to launch, a Licensed Dentist must hold majority percentage of ownership. However, in my research, there are ways to get around this nationally.  There are states that allow you to acquire dental practices an operate them with no licensed stakeholder in place to start.  The Mid-Market Model in this vertical are currently about 500 in the country, they are self funded and they are Dentist Owned.

Thank you for this advice!  I will heed! 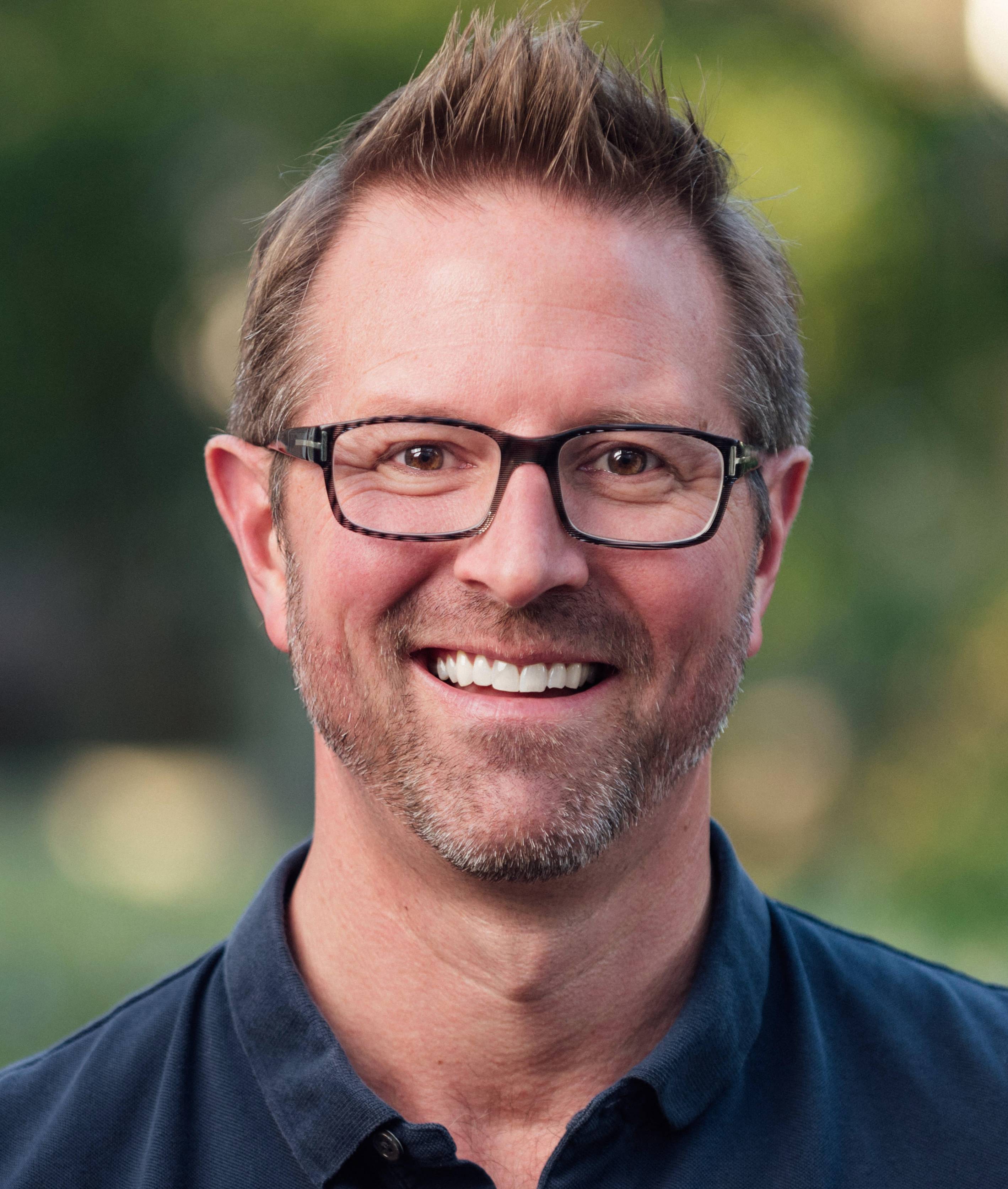 Great conversation here.  In a perfect world two people bring exactly the same value to a venture. They have the same commitment to the venture, time, money, skill set and you have two equal  founders. Well the world isn't perfect and I have never seen a situation like he s ever be reality or ever work in that way. You can bring in Co-founders for a number of reasons and a lot of this are showing your commitment to them as a partner, a seat at the table.
I agree with the concept on 50/50 partnerships, I just don't see how this can ever work.
You want to try to find the right balance with your team and your culture. It's also hard to have a Co-founder that ultimately doesn't pull his or her weight, that brings you to a whole new list of problems and challenges.
Try and work through the discussions and the agreements before you formalize things. If you are the driving force then have at least a 51% split out of the gate. Remember that Co-founders are like spouses, it doesn't always work out and there might be a lot more to lose.
See if there is a way to "date before you get married".

Though, there are numerous posts on quora and amongst the most thorough is this one:
https://www.quora.com/How-should-equity-be-split-between-founders-early-employees-consultants-and-investors-when-the-company-is-bootstrapped

In rare case multiple parties invested an equal amount of time and work to the point x, thus 50/50 makes no sense to begin with. Everything else is very good discussed in the quora thread.

I am in a similar situation.