Some advice on \"the ask\" to a small Angel group

Hi everyone, hopefully your Saturday is going well!

You guys were so helpful on my question about the accelerator program
taking equity that I thought you could help me with my next dilemma--what
to ask for in "the ask" to an Angel group.

I have a pitch lined up this Thursday to a small Angel group that typically
invests 50-150K, and often help syndicate--the name of the group is
the Thunderbird
Angel Network <http://thunderbirdangelnetwork.org/> in Phoenix, AZ. I would
like to ask for $750K to get me through about 13 months, which is what I
really need to hire a solid team and make enough of a splash through
marketing/advertising to acquire enough customers to be successful.
However, I could ask for low as $420K, which would get me through about 10
months with a scaled down team and marketing allowance, and of course I
would have to start raising money again by month 6. By the way this is my
first official Angel pitch and I am a first time entrepreneur with a lot of
industry experience. I know this isn\'t really enough context for anyone to
give informed advice, but it\'s probably enough to help me at
least gauge sentiment.
*
*
*The range I could ask for is $420-750K. What do you guys think makes sense
to ask for?*
*
*
*Thanks!
*

People are talking a lot about convertible equity now as well. I was
actually planning on doing convertible debt @ 20%. Thoughts?

Also, does anyone want to play the Devil\'s Advocate and support the notion
of asking for $750K?

Chandra - See attached for a good note on convertible debt. Might not be
much that you don\'t already know, but good synopsis. I\'d play devil\'s
advocate on raising $750k. I think it\'s always better to sell the dream
and ask for more $ than you need up front. 1) Gives you wiggle room if you
hit bumps in the road towards your first near-term milestone. 2)
Fundraising takes you away from business development so doing it again
after six months sounds like torture if you can avoid it (less time
raising, more time doing). 3) Convertible note lets you raise more without
necessarily giving up tons of equity since the round isn\'t priced.

Hope this is helpful.

*I "borrowed" this case from an HBS student when she wasn\'t looking.

Thanks everyone--I\'ve decided to ask for $500K with a compelling story for
why $750K would be better.

Unless you\'re doing a pretty simple project that doesn\'t need a lot of
resources, I think $1m is more typical these days for an angel round, at
least here in Austin. Running low on money will be an enormous and
potentially existential problem. Budget conservatively and assume zero
revenue and some unanticipated costs.

Also, don\'t forget that you want to start raising the A round (talking to
prospective investors) 6 months before you actually need the cash, and you
have to be able to demonstrate progress in value / risk reduction to those
people you\'ll be pitching, so plan for enough runway to take you to your A
round success criteria plus a 6 month buffer. Even if you\'re lucky enough
to have a committed backer who can fund the A round, make sure you have a
plan B in case their priorities or budgets change.

Stuff like legal fees, office space, and data center capacity (if you have
a SaaS component) will be more than you will expect if this is your first
turn in the barrel.

I\'m sure you\'ll get many perspectives on this one, but I\'d ask for a lower amount and accept a higher amount. If you\'re trying to to raise $500K and you\'re at $350K, you\'re most of the way there and you should find momentum increases - hopefully to the point where you\'re oversubscribed to get to your $750K. OTOH, if you\'re raising $750K and you\'re at $350K then you\'re less than halfway there and it\'s much more of a slog. Of course the $500K has to be a credible number for you to achieve your milestones.

Agree with Michael\'s point below. I\'d tend to ask for more ... just to
give more runway. Either way, what\'s most important is going in confident
in the amount you are asking for. That way, people know that you know
exactly what you are going to do / achieve with the money, versus raising a
pool of money and "then figuring it out" ... even though that\'s probably
the reality and that\'s fine!

Raising money can be very time intensive, and while you\'re focused on
raising, you\'re not building, shipping, marketing, selling, operating, and
the like. For everyone that has a story of raising all the money they need
in three weeks, there are many more stories of the process getting dragged
out for months. Short story: minimize the times you have to raise by
getting more than enough money to get you by.

You\'ll know a lot more about your business in six months than you know
right now, so a lot of your spending plans will change. You want to give
yourself a big margin of error in any plans, which also argues for a larger
raise. If you are too lean in the raise, you\'ll be running on fumes when
you have to pivot, or if you hit it, you won\'t be able to grow fast enough
without doing another time-intensive raise at exactly the point when you
should be 100% focused on growth and scale. 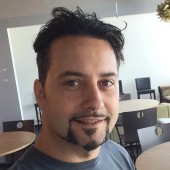 Chandra, I can\'t tell you what to do. All I can tell you is my story.

We raised 100k of friends and family money in our 1st year. Raised it on
Convertible Notes: 1 year term, 8% interest or convertible to Common Stock
(when we actually got one set up). We then ran on that for about 1 year.
Worked great.

On angel rounds, we raised $1.2M from a non-formal group of about 16
angels. The biggest commitment was $250k from the lead investor. The
others followed at somewhere between 25k and 100k. I had opened it at $1M
because that was the valuation we had set from having a patent awarded, the
friends round (the convertible notes referred the valuation at 1M) and
actual measurable results. Rapidly after we had the first term sheet (by
the way, our round was pretty much like dealing with a VC), we were asked
to raise it to $1.5M. Always at a pre-money valuation of $4M. We raised it
because we\'d been over subscribed by an extra 1M. Moreover, at the last
minute, some of the VC\'s i\'d been talking to got wind of this (the name of
the lead investor rang some bells). They came in really late and really
pushed us to "set the Angels to the side" and raise the round to $4M. Keep
in mind, this was end of 2007 early 2008. We closed end of February 2008.
Forget about how this happened, but for reference, I was literally bankrupt
and no one would give me time of day in November 2007 and within 2 months
we had a bidding war.

You cant predict the future and hindsight is 20-20. Everybody knows what
happened end of 2008...My mistake was to not do what I always heard as
advice, which was: TAKE AS MUCH AS YOU CAN WHEN YOU HAVE IT IN FRONT OF
YOU. I did not. I cut the round at $1.2M against all reason. Or better,
my reasoning was that we had a hot item - people were literally fighting to
get in. And we would be too diluted by raising it above that - too
diluted, meaning, lose control. In the end, in short, I should have taken
the $4M round of VC money. Had I done that, I would have had less control,
but would probably have a smaller percentage of something (who knows, can\'t
predict what the future would have been). But I did not. I cut the angel
round. I ditched the VC\'s (because better one bird in the hand than two in
the air - or whatever is the saying). And by the end of 2008, my Angels
were bitching that their 100k now meant a lot because some of them lost 2/3
of their net worth in 6 months - show me the money...where is the revenue.
I was slated to raise those extra 4M by end of \'08...but it was suddenly a
huge round we\'d done. You see, early 2008 a 1.2M angel round was big, but
not a series A. By fall of 08...it was a series A, and no VC was getting
into series A without egregious terms (like, they wanted 80%) which the
angels would never agree too even if i had been that desperate (which by
mid-2009 I was).

So my lesson was to DOUBLE what you need. You never know and money is key
and one can never have enough of it. Runway is key. Get double, spend
half as much as you can, except for those things you know ill propel you
(raise valuation, raise the profile, revenue, etc). On those things, go
all out because then you will have it. Don\'t kid yourself. You will
always need more money than you think, and you will always need to try to
spend half of what you think you need to spend. Also, in your deal with
the Angels, make sure they understand this. With investors come a number
of new requirements and pressures. For example, my investors wanted us to
spend the money at all costs. It made no sense and I reasoned against it.
In the end, when the economic ecatomb came, it was a disaster.

Bottom line - I should have raised as much as I could when it was on the
table... Later rounds, I should have worried about those IF and when I got
to them...

PS- Sorry for the long rambling message but I did not have time to write a
short one ;)

What is you experience with multiple angel rounds based on convertible debt? Let\'s say you get your $300K and that gets you to your next milestone in 4 months. For grins, say you gave angels 20% discount on Series A. Now you need another $300K to get to the next milestone which would get you to be attractive to venture. What do you offer the next set of angels? They\'re going to want a similar discount to first angels and first angels won\'t like that.