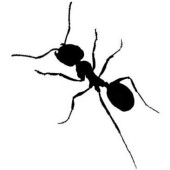 Anton Gething Head of Product and Operations at COOLS

Some friends and I have started a company.  We're not your typical start-up set-up...

We are three experienced entrepreneurs with day jobs, mortgages, insurance and school runs.  We also live on three different continents!  The company is a mobile app with a site - we've got to this point through distributed collaboration.  We've seen some growth and would like to continue.

Working collaboratively we believe we can continue to build a successful company built by passionate, smart people around the world..."on the ground".

We want to recruit people "where they are" to join the company in different capacities from Marketing so Development to Sales ...to grow the company even further.  We're thinking of a "co-op" idea...everyone owns a share of the company.

Will it work do you think?
Has this been done before with a start-up?

It's a great idea. However it all depends on how much predictable revenue you make month on month and does it make up your monthly costs. Start-up phase demands agility in responding to the opportunity where same time zone is the key. If you have crossed the phase of your initial revenue cycle then I guess it can be a great idea which can replace the need of partner program in various regions.

Anton, yes it can work. I have built two companies with remote co-founders. When there is a shared vision, commitment and trust, you can move mountains.
I suggest you look at www.slicingpie.com for help sorting out equity and if you want to connect w people to help, check out our invite-only network of entrepreneurs and startup talent exchanging work for equity at www.equitydirectory.com

Anton, Yes it can work, however the model certainly has both its challenges and potential strengths.  I am presuming that given your progress to date you share a common vision and have clearly defined the roles of each participant.  The challenges will arise as the opportunity you have launched grows in size and additional resources and people must be brought in to support that growth.  You will need to think carefully about how to distinguish what role or roles each location in the enterprise will fulfill and how to manage effectively the coordination of the teams and their functions.  The right command and control mechanisms will need to be put in place.  A common corporate culture and ethic shared by the original founders will need to effectively shared and promoted amongst all who join in the future and moderated by the founders.  The diversity of the founders can also be a strength if you understand how to use it effectively.  I wish you luck.  My own history saw my partners and I quickly grow a small technology company to be a global leader in its space with an extensive network of over 1500 employees on five continents and many countries in each.  The challenges in managing that growth were extensive but the diversity of our workforce was also an important strength that helped us become a global leader.  Good luck and I wish you great success.

Sorry to break this to you but you ARE the typical startup ... and the typical startup has somewhere between an 80% and 95% chance of failure. As some have pointed out before, your day jobs and (illusions of) security will take precedence over the insane amount of work and crazy things you will need to do to get your enterprise off the ground.
Can it work? Yes ... but despite best intentions it's more likely to become an expensive hobby than a thriving business. You need to find a way to create accountability that means something.

Justin Jameson CEO at Venture Consulting | We focus on the media, telco & tech space | Helping companies to profit from disruption

Anton - I am also exploring a startup staffing model that utilizes virtual part-time team members. Instead of establishing it as a co-op, I contract the temp staff on a project-by-project basis. Equity options are discussed once the contractors demonstrate a true commitment and the ability to add value.

As you can see here, the downside of posing a question such as this elicits an amazing array of responses. The net result can easily be paralysis by analysis. If I may offer one clarifying point. In the massive sales course I have just created with Robert Wright, the governing philosophy is that people do business with people they like and trust. If you like and trust your associates and they feel the same way about you, all the business analysis in the world is secondary, because for the three of you, you're doing something completely unique. At the end of the day, it's really an emotional decision, understanding that you all have skills to contribute. If you believe that what you have is something, then just go for it. Even if you crash and burn you'll learn stuff that you could never learn anywhere else. 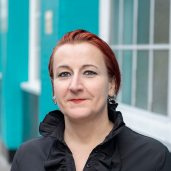 You should check out the accomplishments of Buffer, Hanno, Nobl, August. Yes it works. Book I would recommend on the topic is "Reinventing Organisations" from Frederic Laloux and " The Fifth Discipline" from Peter Senge. They both talk about developing organisations that don't follow a strictly traditional model, and give some pointers on how to do so. I'm happy to chat further about this if you want, just PM

Awab Ahmad CEO, at i9 Systems

hello, I am following the same, model, its complicated. But its been over an year, and we have made good progress. From spending from our own pockets, we have now established a business which is self sufficient. Next my eye is to make it a sustaining life force for me and my mates. Right now, we do day jobs, support our families with the revenue generated from the day jobs. Its a tight spot for us, but we are better than we were previously. Here is what we did and how we did it. *HR* I am the Hiring and Firing authority. If i recommend a resource, i let them interview and reject the candidate. If they pick one i get to interview and reject the candidate. In either case, the final decision rests with me. Reason, is to maintain a level of trust and communication, which is the foundation stone of a distant relationship. We communicate profusely, on each and every decision. So whom do i hire and for what reason? I look for motivated resources, even if they are not so technical or experienced. Call it a gut feeling or an eye for character/attitude, I have not yet hired a team member who was looking for a job for the sake of a job. We sit over each person, we have recommended and interviewed, and then with consensus I rule out the final word (lets say i have two votes and my mates get one one vote :)) *Projects* Each project is the responsibility of the person who has closed the lead, we assist each other in making the decision, but do not circumvent the working style of the other. I guess this is our synergy. To do or not to do a project is a collective decision. Once a yes is given, the idea initiator, is the boss and every one else is the support. Yes CEOs and founding partners working as employee of their partner. *Responsibilities* The responsibilities are defined, and no interference or micro management is undertaken from any other person. Yes we the bosses (i dont like this word, it does not represent our company culture) trust our team mates and let them work to the best of their abilities. For each project, responsibilities and expectations are clearly stated, who is to do what, when and how. If that person needs assistance or has a bottle neck situation. each aspect is defined and backups are in place. *Team Size* Size does matter, we keep our size small. So expenses and costs are down to a bare minimum. Frankly i am spending rent and utility for office space. This office space we hardly use, other than team huddles when we all actually sit in to review and discuss future plans. Smaller teams are easy to manage and communicate, responsibilities are easier to understand, and there is no one else to go to if i fail, so i put in my efforts, with out question. Same is for my team, since its clear there are no excuses/backups and we all share in the benefits. *The Plan* There is always a plan, and this plan and objective is higher than our ( founding partners) needs. This means we sacrifice before we ask our team to do so. This is the reason, our business has made through dark times. We have made profits, yet we did not consume them, we shaved them and paid more to add the right team members. By the end of this month, we will be launching our own product. and then spend on marketing it and making it popular. Its a mobile app for the food lovers. A simple share what you have idea. It took us one year to save for and spend on our own product and the moment of truth is here. Our first product is near launch, the second one is now in the works, a third one is under concept. Its an in house development, so the expenses were higher than estimated, but we have saved

I believe it can work as a small business, but not as a startup. Building a startup between day job and family is theoretically possible, but unlikely (a small business - sure, I personally know people who managed that, although even after 2 years their revenues were too small even for a single minimum wage). Building a company with a remote team is more likely (there are indeed plenty of examples), but still not nearly as likely as with a local team. Put these two hurdles together, and it becomes really unlikely. In particular, I can't imagine anyone daring to invest into such a setup, so we're talking about a slow "organic" growth at best. Also, three people working remotely in sync is already quite an achievement. The more people enter the game the more chaotic it will become, so a large team is probably out of the question as well.
I actually joined a co-op once. All the members were from the same city so we had frequent in-person meetings, which was very helpful (and fun). Most members were committed to the co-op full time. Despite these factors, it was an unavoidable disaster. Equity split between so many people (4 to 8 at different moments) made each slice of the pie too small to care, and the lack of a single leader caused chaos. Combined with "creative freedom" principle, it eventually caused different members to pursue a course they thought to be the best. You can imagine the result.
To sum it up. color me dubious.