Thoughts on getting to know your CoFounder?

Backstory:
<End of Backstory>
Ok.
This seems like one of those questions that particularly answer itself, however, is it odd or wise to get to know somebody on a personal level before diving head first into something? Again, another question that answer itself and I am assuming most of the people will answer, 'yes.'
How do you ask your "most likely" candidate to participate in a "team building exercise," without painting a tone of "I have trust issues?"
Then, and if all obstacles avoided, what is ideal? Round of Golf? Catch me while I blindly fall? Swim underneath a ship? Climb Mt. Everest? :)
And what if going through this, a yellow or even a red flag emerges? Yes, another question that seems quite automated in nature, but, stories on possible red flags and action on ways to depart?

Don't do something weird or contrived; do something you like
You're an entrepreneur. That makes you slightly dysfunctional :-) Don't pretend to be functional to build a team, if that sets an expectation of someone you're not. You SHOULD work on this area, but don't go golfing if you never go golfing, don't meet at a bar if you never do that.
If you watch movies, go to the theatre. If you like soccer, do what I'm doing with my new and still-getting-to-know-each-other-#awkward core team... we got Groupon tickets to a round of Soccer Golf, which none of us have ever tried.
So: what do you normally do that's enjoyable? Do that.
Do Share Personality Profiles
Some people may flay me for this, but I don't think it matters which one you use... a decent Meyers-Briggs, StrengthsFinders 2.0 for $10, DISC, something else, all three... the point is that discussing observed strengths and weaknesses (and even complaining about the test!) will start the conversation and begin trust-building and mutual admiration.
Do Use Behavioral Interview Topics
If you need to create a structure time or medium, I suggest the book 1,001 Questions to Ask. I actually don't know what it's really for, but my wife and I have both enjoyed asking each other tons of questions in here and I've used many of these and others like these to elicit stories. And that's what you really want... some honest stories of the past: big mistakes, big successes, what others would brag about you about, and stuff like that.
Don't React Quickly
Learning about someone is a slow process. Deciding that a red flag is a red flag should be the same way. If you don't have your mindset wired like this, then you're not going to succeed at creating trust, which is the point. Trust requires vulnerability, and that means you know someone's "not pretty." But don't expect all of it early on either. Like I said, time is important. You've made a commitment it sounds like (whether or not the timing was right, without already knowing some of this stuff, is a different topic... it's done), so make sticking to your commitment in a vulnerable fashion part of the trust building olive branch you have.
Legal stuff... just like you don't propose on your first date, don't give away 10% of the company on your first week. Have protocols in place to get someone off the ship if they must be off the ship, but make the terms reasonable on both ends and subject to mediation or something.
The Real Concern: Once You Succeed
I think the fears you've expressed deal more with "did I make the right choice?" "what if this person isn't what I thought?" sort of scenarios. I think the far more difficult scenario is the "what if this becomes a highly valuable business?" scenario. And what you do now should lay the foundation for a healthy outcome then. 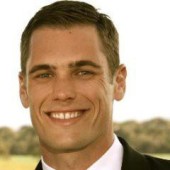 Craig,
I like Richard's comments. Be straight up with the guy.
Be vulnerable and tell him how you truly feel. He'll get it, and if he doesn't, he's not your guy.
But don't think too much about it. Make a decision and go for it. But once you've made your decision, embrace it!

Craig, I tend to jump off a cliff and see what happens. The cliff is a 6-month period during which time if your new co-founder leaves or is asked to leave, he/she leaves with no equity. Standard vesting agreements have them (cliffs, that is). That way, you start working together and if you can live without them after 6 months or less, you can part without screwing up your cap table. Best regards, Chuck

Good questions Sent from my iPhone

I would guess any reservations you are having the other party is also experiencing.
I've always thought it.
makes sense to acknowledge this upfront. Remember you are both interviewing each other, so it's a two way street.
I would be direct and say something like, "Hey, it seems like we make a good fit on paper. I definitely want to continue exploring this but as you know finding a co-founder is probably harder than finding a spouse.
So if we both agree, I think we should continue the dialogue and acknowledge that either one of us might decide its not the right fit, and if so let's just say that so we can both move on.
Does that sound fair?"