To Raise or Not to Raise?

I think raising a million would greatly enhance and accelerate my video channel business. But my core aggregation business of providing content for Netflix, Amazon Prime and Hulu has been rapidly growing rapidly and steadily for 4 straight yrs with even stronger growth ahead.  I've always been ambivalent about raising outside capital and to date we have done well building organically with the founders initial 100k seed.  We are trending from 2.6 to 3.5 mill rev with our core biz with close to triple digit growth for the next few yrs expected but the channel biz is our path to being a billion+ venture.  Any thoughts?

What specifically do you need the funds for? Assume that there will be increasing competition and speed of marketplace advancement - as in if you will fall behind potentially better funded and agile competitors should be considered when raising or not. In your space - it's crowding up. Andrew "Drew" Koven LDR Ventures Advise Invest Mentor Grow www.ldrventures.com Connect with me on LinkedIn: Andrew Drew Koven Cell Phone: 617-312-7068 Skype: drewkoven

This is the classic problem. A lot depends on who you want to be when you grow up. I've built several successful business without outside capital; I've also done the outside capital route. Personally, I like the freedom of calling my own shots. But there's good reasons to raise capital.

eBay was profitable in its first month but raised money anyway so they could have the connections and advice to grow really big.  If size and speed is your goal, then it's something to consider. Not all VCs are bad -- many are very helpful.

It's the old argument -- would you like a smaller piece of a big pie or a big piece of a small pie?

In the end, though, it's largely up to you in terms of your goals. Plenty of large companies have been built with no outside capital. And if it's working for you, then that might be your best idea.

From what you described, I would stay away from VCs.   They generally will want to invest more than what you are looking for, and will want much more control than it sounds like you need or want.   This level of funding is better suited high net worth individuals, (who could be strategic), family offices or small private equity funds.  That has worked for me in the past .   I would be interested in learning more about your firm, as we develop and produce content ourselves.   larrybracco@gdnetinc.com

When you raise money by selling equity, your investors don't get a return on their investment till you sell the company, in most cases. So your goal changes from selling product profitably, to selling the company. And in may cases the terms of the deal mean you are working for the investors, even if they don't own a majority.
Here's a post from Chris Dixon,  an entrepreneur, now a VC who lays out some situations when raising money makes sense. In all other cases, he says . If they raise VC, a wide range of outcomes that would otherwise be good become bad.
The example of eBay is a special case. Their business model is such that it only makes sense to have one general auction platform. If there's only one that's where all the buyers go and that's where all the sellers go. If there's more than one they don't just split the pie - it actually makes the pie smaller. So with the number of other auctions sites at the time, only the one that grew the biggest fastest would survive. It was a zero sum game. So they needed outside money to grow fast, and yes it's a multi-billion dollar market. 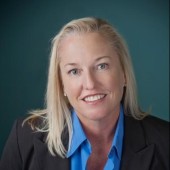 I will be attending a conference in Atlanta from Wednesday, April 22 to Saturday, April 23. I will have limited access to emails. If this is urgent, please call me on my mobile or text me at (858) 245-7003. I will be back in the office on Monday, April 27. Cheers, Heidi

Great points. Strategic capital with emphasis on strategic makes a lot of sense to me. Never really had a dire need so I've always approached investment more opportunistically. Time to bring this higher up on the priorities list.
Andrew-Lead developer and marketing. We actually may require less. We are transitioning from 3rd party to in-house for our already popular channels on Roku and creating apps for mobile and web.  The 500k-mil should get us more traction, data, subs to scale even more aggressively.

I would not raise outside capital unless it would provide a strategic advantage in the marketplace or in the product itself. Of course there have been instances where outside capital was raised but not needed, for the sole purpose of allowing early stage investors pull some of their capital out before an exit, altho certainly not the norm.
As others have said, if rapid growth is the objective then outside capital may be the only tool available.