To whom should I pitch a groundbreaking idea?

Assuming I could present a groundbreaking idea with disruptive qualities and a MVP, to whom would I best pitch my idea and visions without being dangerously exposed to the "major" forces who might not have thought about it? Of course, I could apply for a preliminary patent. But will it protect me against the best patent lawyers of big firms? I would be thankful if a seasoned entrepreneur could share some thoughts with me! How would I proceed without facing unnecessary fear and harm? Thank you!

I'm not a lawyer, but I'd say an idea is almost un-protectable. You may be able to file some provisional patents.
To the broader issue, it's been my experience that ideas are way overvalued and therefore not really worth being overprotective of. People are far more likely to help you with your idea than to steal it. Execution is so much harder, and that's where the value is generated.
As to who you should pitch, what do you need? A collaborator? A partner? Investor? Pitch to those whose help you need and that you trust enough.
Good luck. Oh, I should note, I work at Idealab. We have LOTS of ideas. The team, the execution, the collection of little ideas that give an idea flight is way harder. 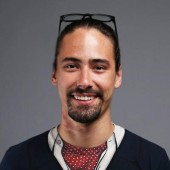 Anyone that will listen.

Hartmut, I left Charlotte , NC (closer to RTP) and moved to silicon valley to chase my startup dream in 2007. I thought exactly as you are thinking now. But the startup world has changed a lot. You can launch startup from anywhere. Relocating your family is a big event in life.

I didn't say they aren't valuable. Only they are not as valuable as we think. A great idea is hard to come by; creating a company and then a successful is way harder. There is a reason no one buys ideas. Sent from my iPhone

Pitch your idea to investors, potential customers, and potential partners.  I assume you are asking about the latter, since the first two shouldn't scare you.  The latter really shouldn't scare you too much either, especially if they are large companies, because the natural evolution of companies is that when they become large, they have corporate inertia that works against innovation.  They'd be more likely to acquire you than to try to 'steal' your idea.  But by all means be judicious about what you disclose.
Don't bother with NDAs with investors, they simply won't talk to you.  You can bother with those with business partners, maybe some early customers, and candidate employees.  They don't really hold up much in practice, but they do make it clearer about your expectation of confidentiality.
Don't bother with non-competes, except in employment agreements.
Don't bother with exclusivity unless it's being paid for, and you are willing to lock up access to your market.
You provisional patent is just fine if it's written correctly.  Patents (at least for software systems) I find serve mostly two purposes:  a) documented IP is useful during fund raising; and b) defensively, it can allow you to keep running your business when others attempt to attack you.  Patent trolls are sadly popular these days as portfolios try to eek out some last minute value from expiring IP that otherwise never generated profit.  (I have been on the defending side a few times.  tedious!)
Ultimately, value stems from execution, and most people will not execute, so that's your value:  you actually did it rather than talking about it.  Also, do not be surprised to find that others are doing something similar; this can be disheartening, but it's validation of your idea.  There's very little new under the sun, and mostly we are reapplying ideas to identified markets where there is a problem/pain to be solved.
If you're too protective about communicating your idea, you won't get valuable feedback (and you will almost certainly need it somewhere along the line if you want your product to align with market needs), and you won't be able to develop your business relationships.

Start with customers. after all is said and done no one else really counts - as long as customers like your 'idea' enough to get out their credit card all the others will come along.  spend some time to tightly define your "ideal customer/prospect" so you can be selective about who and how you pitch.  If you name is Elon Musk or Jack Drosey or Reid Hoffman then you can raise boatloads of funding with just your (mature) idea, otherwise not likely so don't waste your time (other than the fact that you will gain valuable experience refining your pitch and making connections). That is the point that most on this thread are getting at - it's the process of getting out from behind your laptop and pitching to people that helps move your idea from 'thought' to mature idea to MVP to rev 1.0 and customer #1.  Don't sit and build in a vacuum for fear someone will steal your idea.  They might but your risk of never getting to market or getting to market with a product that no one wants is far greater.  GO PITCH CUSTOMERS.  Re patents, don't get me started, but yes they can be a valuable tool depending (on a lot of things). I would submit that your enemy is not the patent attorneys of large firms - if you get attorneys from large firms shooting at you then you know you hit a valuable nerve.  Your real enemy at this stage (from a patent prospective) is the USPTO (patent office).   no one will shoot at you just because you have a patent.  You have to fire the first shot and you can' fire until you have bullets.  And if you want to shoot a big firms you'd better have a big gun with big bullets and that means a long and expensive battle with the patent office.  that discussion is a long one.  feel free to message me if you want more detail.   Like Yoda says "do or do not, there is no try" - either sit back and watch someone else win your market or get out and start talking to customers.  As to the value of ideas: I suppose it is a matter of semantics and i'm not sure anyone (perhaps steve blank) has yet defined "idea", but I look at "ideas" as run along a continuum from literally 'a thought' to "tomorrow we launch rev 1.0 for customer #1".  the day prior to launch you still don't have a "going concern", but its much more than just a thought.  to get from 'thought" to business model to product/market fit to pricing and revenue models that have been seriously slapped around from many angles to an MVP all the way to rev 1.0 beta tested and ready for customer #1 is still an idea, but an idea that has been pretty thoroughly vetted - a "mature idea". Maybe there's a patent filing along the way too.   the real "execution" happens after you launch. That's a long way of say, yes, ideas do have value and how much value depends on the stage of the idea.  And, yes, execution (post customer #1) is the hardest part and where the value either grows or dies.  And if you file a patent you won't know if it has any value until someone writes a check or your patent starts getting sited in the patent applications of others.

Gentlemen, I am grateful for all your thoughtful responses; they all contain valuable truths based on personal experiences. Overall, I agree with all of you! Thank you so much for sharing. And admittedly, it is difficult to give advice without even knowing the nature of an idea. I personally would love to pitch it 24/7... but I can't. I feel that the best people for me would be either very successful tech founders or philanthropist-investors who are not predominantly interested in increasing their wealth but are more interested in making the world a better place for everybody.
Thank you again!
PS: A note for some posters: My name basically means Braveheart and I tend to be rather fearless ..

I think you should file a provisional patent using websites like legalzoom. It is cheap.

But in reality, No idea can be protected. The best protection is for you to be first to market and create that as a barrier to entry. Also, ideas are dime a dozen (sorry..but that is true). Everyone has them and everyone thinks it is unique. As you start digging more and researching more you will see that there are similar things that exist. But that is not necessarily a bad thing. Having similar things out there is actually a validation of your idea. You have to be laser focused then on creating differentiation .

I run a company , http://www.vaayoo.com , where entrepreuners pitch ideas. I hear 2 to 3 ideas everyday. Quite a few of them are good and can be combined with great business model. We build, launch and maintain the product for them. We take care of everything technology related and act as CTO department for the startup. All this for a small monthly subscription fee which includes hosting, feature upgrades, bug fixes etc. We launch the product fast to the market to get the first mover advantage. The Entrepreuner focusses on marketing and business development.

This way the entrepreuner gets to test the idea, continue to hold onto his day job until it gets traction , not have to pay huge upfront costs, not carry much risks.

A few ideas make it big in market, others fail. If they fail, the entrepreuner just calls us and discontinues paying monthly subscription costs. He moves on to his next idea.

I will be more than happy to listen to your idea and provide my feedback. You can send me email to: ranjits@vaayoo.com or call me at 980-722-5857

Good question, and let me start by saying I had a similar experience as you, but I generally agree with @BenSweat.
I discussed my idea with someone who wanted to do something similar, they went on to build a business which got $6m in series A out of a $20M valuation.  Being honest with myself, it was really their stronger strategic position that won out and not the ideas I shared with them.
Good ideas are less about confidentiality and protection than developing a solid strategy.  My experience has been that pitching to everyone that will listen has worked better for me than being fearful, but it's even better to find the pragmatic middle ground: be open with everybody avoid networking when you're likely to meet potential competitors.
To be specific on what I mean by a good strategy, what is there about your business that puts you in an advantageous position compared to competitors?  Although you mentioned you're at a disadvantage in access to capital, is there something else that means you have lower entry/exit barriers, better ability to create a product, etc?
If you are fearful, maybe there's something missing strategically which will mean someone with deeper pockets, better access to people, etc that is jumping in at the same time and make you wish you hadn't your burned your time and resources.
On the other hand, if you talk to 1,000 prospective clients, investors, users, suppliers, etc. before you start, you're more likely to benefit from building the network you need to succeed than put your idea at risk.  Even if they're total strangers right now. 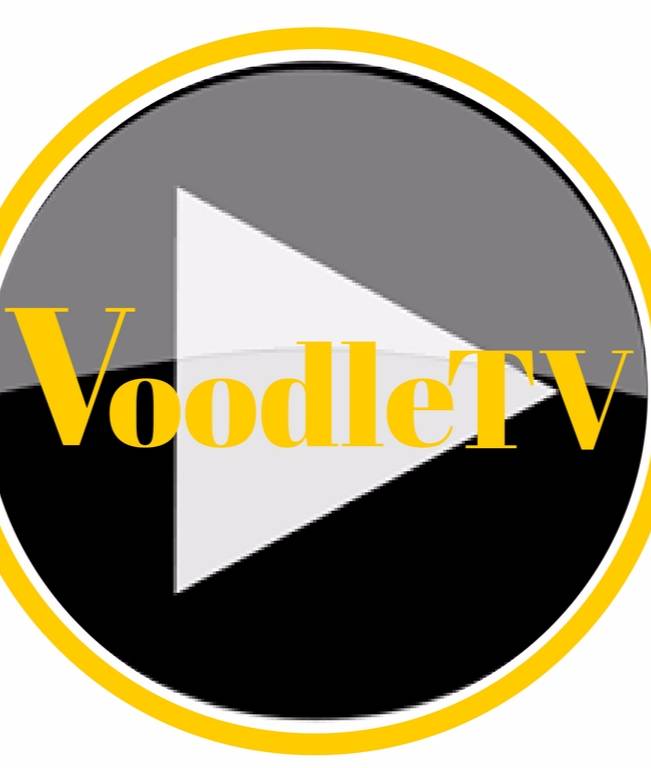 Hi Robert Clegg, I don't mean to interrupt but I'd like to take you up on your offer to listen to a pitch. I'd love to tell you about my fun data storage app Chatgravy with more features and options than regular data storage. Thanks, Tresa Pathlightentertainment@yahoo.com