Two friends decide to do business together by starting a chain of retail Food and Beverage outlets in a third world country of Africa.

One friend was the investor and the other friend was running the business on the ground. The investor friend had agreed to cover all the finances for the company and the other friend agreed to start it from scratch and grow it. The two agreed that they would keep the upfront capital investment at a minimum just to test the market out to see if the concept will work, and once seeing proper demand and sales, would then invest the additional funds necessary to secure the business and fill out the foundation. Investor friend didn't have the money during the first year of business to fulfill the agreement, so the other friend stepped in and used his own money, which they agreed would get paid back first before the investor friend. By end of the first year there was a $60k loss, mostly due to capital investment and things such as upgrading to a bigger kitchen in preparation for growth.

The investor friend believes that if a company is growing and has 7 locations in 3 years, and operating profitably, that he should have received some of his money back already. The friend running the company feels that even though the company hasn't been able to reach the point yet of returning all of the original investors money that it's still done very well since it's been able to fund 7 total locations opened, expand it's assets on the books to be worth more than the investor friends total investment, and also have paid back almost $60k of the money that he put in himself,

Their fundamental disagreement is on whether it's reasonable or normal for a startup such as this to have not paid back any money yet to the investor after 3.5 years being open.

It doesn't matter what anyone's opinion is on the matter. All that matters is the written agreement with the investors as to the priority and timing of their return of capital (exit). If there's no written agreement, then it's a fight for control of how the business uses its money. This is why owners and investors must put things in writing and hold people accountable as things happen. It may or may not have been reasonable to reinvest profits in expansion rather than in returning capital depending on the operating agreement. We don't know.

Unless otherwise agreed, it's usually expected that investors get their money back on a liquidity event - that is, an acquisition, an IPO, or bankruptcy. The payout then accrues to the investor in proportion to his equity (often preferred shares) right before it accrues to the founder in proportion to his equity (often common shares). Absent wrongdoing, investors don't typically take profit out of the company until that point, as that can jeopardize their ability to operate and thus put the investment at risk prematurely.

If the investor wants his money back sooner, then what he wants is not so much an investment as a loan - which is fine, but in that case it needed to be agreed upon as a loan.

If I were the founder in that situation and there were no agreement governing the terms of this, what I would do is come up with a fair valuation for the company at its present stage and agree to buy the investor's share out bit by bit at that valuation, contingent on achieving revenue milestones. That way the expense never spirals away from revenue, and the founder can fold the extra expenses predictably into operations. However, this is to preserve harmony between the founder and investor, not to satisfy any legal requirement: absent an agreement to the contrary, the law* seems to side with the founder.

The investor pulling out early ultimately benefits the founder, who used the capital for growth when it was necessary, built a successful enough business to remove a lot of risk, and yet will regain the investor's shares and control before a liquidity event occurs, at a onetime cost that's likely less than it would be if the investor held on longer. 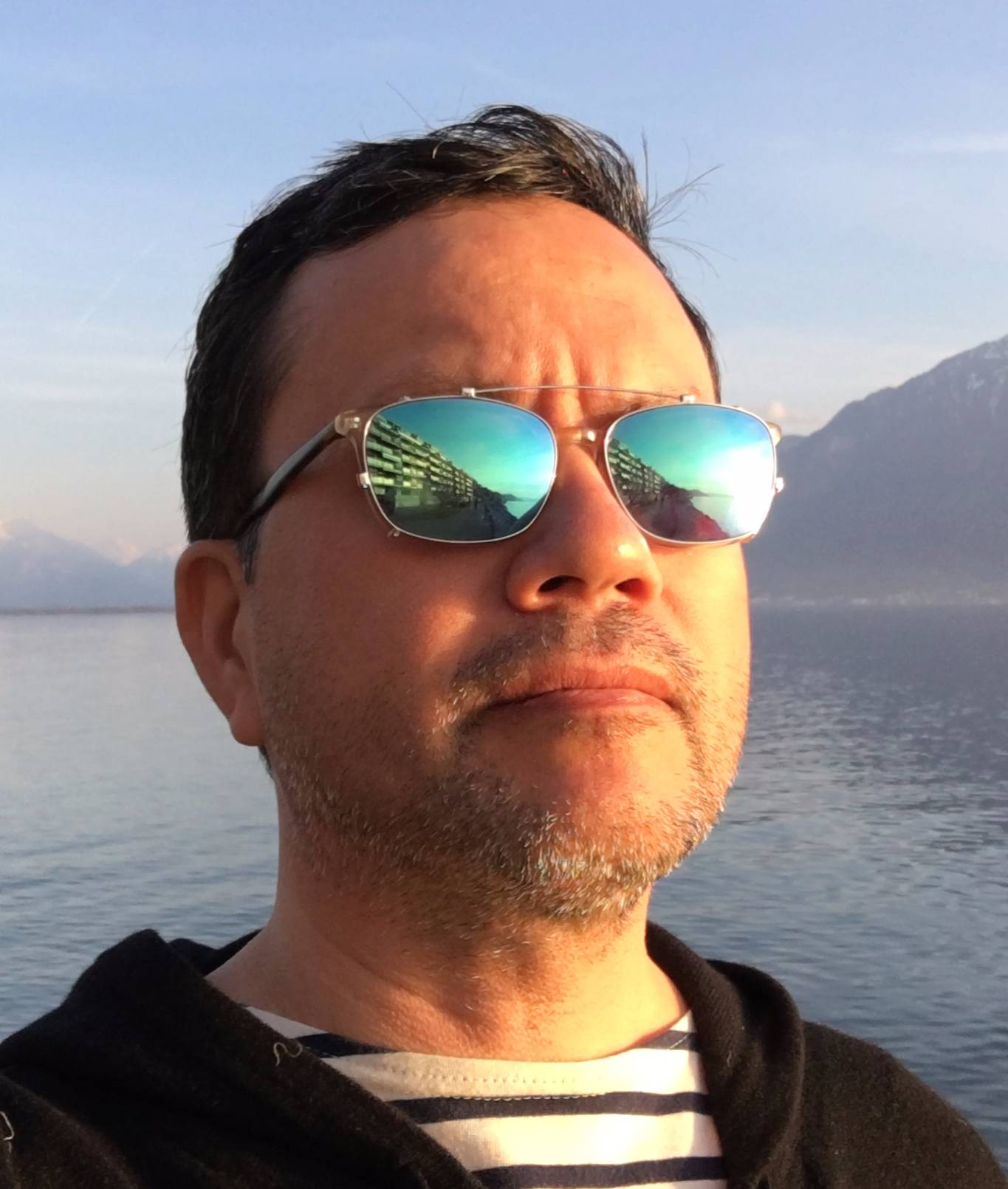 Paul and Michael have really covered the basics for "investing" in a business. Yet after reading the follow-up response by Anonymous, I believe there are many more details to this situation that are missing to really give proper counsel.

In my experience of starting and work with small start-ups with just two cofounders, the operating agreement has never been fully thought out, much less the model for when to pay distributions to each investor -- based on revenue, profit, time, outstanding loans, etc.? In fact, if there is no operating agreement in place now might be the time to write a proper one up.

You mentioned that the initial money was to test the concept. What agreement was there with regards to ownership? Is it 50/50 or some other arrangement? Who has the voting rights, etc.

The second owner put in a "loan" (at least that is what seems to be implied and agreed by both investors) that was to be repaid first, which is fine. Write a Loan agreement to that effect.

As profits come into the company, why was 100% reinvested? Why not 90% or some other number? How would that have affected the growth/profitability going forward?

Assuming that only 90% was reinvested, the remaining 10% could have then been split by the ownership percentage, with a portion going to the first investor as a dividend. Note: It's not about repaying the investment back -- unless that was the initial intent of the investor. And in that case it starts to look more like a loan and should be treated accordingly.

To say if 3.5 year is reasonable or not to have a return on equity is hard to say. Some startups never make money and both investors are out what money they have put in.

Now with 7 locations and generating a profit, it seems that there might be the opportunity to make dividend payments. But what of the future? Is 7 stores the goal? What would happen if no more stores opened? What if you wanted to grow to 14, 28 or more stores? What is the exit strategy? A future plan is important for both investors to determine what the best course of action should be.

Also consider putting in a buy-sell agreement going forward on how either could buy the other out or sell some or all of the business to a third party.

And consider securing a business loan or line of credit. It seems that the success achieved would allow this option, but then I do not know the lending environment in Africa.

Hopeful my perspective has enlightens both investors and brings new ideas to the conversation so that they can reach an agreement that is favorable to both.

I think the expectations needed to be set up front differently. I would have recommended that the Founder and the Investor do a visioning exercise separately at the outset where each pictures where the company will be in 10+ years. They should both then read the others' version and see where they are in and out of alignment. When they agree on the vision, they should then figure out the path to get there and part of that will be how profits are handled. If they cannot agree on a vision, they should then decide if this is a partnership worth pursuing. As Einstein is supposed to have said, "If I had an hour to solve a problem and my life depended on the solution, I would spend the first 55 minutes determining the proper question to ask, for once I know the proper question, I could solve the problem in less than five minutes." Although it is not life and death, I believe it is critical to ask the right question when in the process of starting a company. Usually when you do that well, the answer(s) comes easier.

Thanks for the input thus far, still awaiting more feedback because both friends are following the responses. Just to be clear, the Founder friend didn't just decide to only pay money to himself to remove his investment of $60k, while stopping there, the full $60k was never fully out, it reached about $55k but then he had to put $25k more back in supporting the business.

Regarding written agreements for timing and exit strategies, the two friends were both young with no prior business experience, so there was nothing in place. Admittedly not ideal and a novice mistake, but the business has done well nonetheless. The main point of disagreement was whether it's reasonable to expect full investment repaid through operational profits after 3.5 years of being open from an aggressively expanding startup. Neither friend were very well versed in startups/protocol/timeframes, etc so decided to seek input from others here on whether most startups are able to repay full investment by now while also expanding/growing. FWIW, the company's annual net profits are close to the value of total amount invested by Investor friend, but Founder friend believes spending a full year just returning profits will be very damaging to the pace of growth for the company. On paper, the valuation certain PEs they have met with is already many multiples of what Investor friend is owed, but without a liquidity event the Investor friend has received nothing and thinks it's taken longer than it should.

I think moving forward, both parties should have a sit-down and discuss the business model. They have to decide on their roles in the business and sort out other financial issues. This might be a right time to think of drafting a Shareholders Agreement setting out these terms to prevent any confusion in future.