What are the biggest mistakes you've made and learned from as an entrepreneur?

FD posted this article  on what successful entrepreneurs (i.e. John Battelle, Jay Adelson (Opsmatic), and more) reveal as their biggest mistakes. Got me thinking: what big mistakes have other entrepreneurs made that they learned from that might help others in the future?

Yes, never surrender control of your company. I had a startup some 20 years ago that I was voted out of because my VC brought in a crony of his and removed me from my own company.
Just to give you an idea of how sad I was to lose that intellectual property, I'm about to launch essentially the same concept in a few weeks and it still hasn't been done!!! 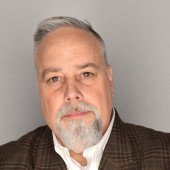 Honestly, advice from other leaders really put my company in danger of folding. Nobody understands your business, your passion, your energy and your resources like you do. While I appreciate advice, when it feels wrong, I ignore it. It may be great advice that worked for that entrepreneur - but that doesn't mean that it's going to be good for my firm. 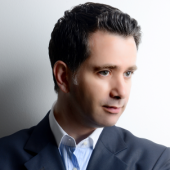 Check this new website (http://autopsy.io/) which consolidates the "lessons from failed startups". Real-life lessons from real people and valuable source for would-be entrepreneurs.

I started a company grew it very fast and with it the appetite for multiple consecutive rounds. All cool and well - raise one of the largest angel rounds at the time and great A, B and C-rounds but at C I went below the 50% ownership mark. With that I was no longer in control, VCs took over and there was no way of steering the ship as caption bot only as mate. I stepped down because it was just not interesting to me, sold my shares (luckily) and three years later the company hot the wall. It was the only of the 5 companies I started where I made that mistake and the only one that failed in the end.

Keeping control is not about being a control freak but maintaining the ability to run a company as a leader not maintaining it as a banker. Investors invest in innovation to grow the capital - some however decide to invest to get the model railroad their parents rejected to buy and look for a toy not a capital growth opportunity.

Now - in the past 15 years that happened to about 5,000 Silicon Valley startups.
One of the more recent was "Get Satisfaction" a $100 Million exit - founders got exactly $0.00

Today I help startups to create a "Capitalization Strategy" early on.
Part of it is helping rationalize that any business stands on three columns:
* Product
* Sales & Marketing
* Finance
The foundation is the team - the roof is the market. If you remove any of the columns, the roof (market) falls down and crushes the foundation (team)

For most entrepreneurs the product column is a nobrainer, the sales&marketing column a challenge and finance column gets pushed too far to the side.

NOTE:
getting crushed by VCs is usually not greed, they are not bad guys, they are not stupid either, but they simply got pushed over the 40% ownership line that was a golden rule to not cross for investors for over 200 years. What triggered that push - I don't know.

I've read that FD article. It's all too generic and cliche, but all the usual stuff is there.
Probably my biggest mistake was being stuck in development for much too long without trying to find customers to realize that there aren't any. Then again, every time I tried to explain this mistake to novice entrepreneurs, I've always failed - it just doesn't get through. Perhaps a personal experience is the only way to learn from this particular mistake.

The biggest mistake is the money left behind. When you drop something because your tired of it and think that you can just start another business that makes a $1,000 a day profit, you might be wrong. You need to drop a business before it starts to kill you because you will just bail when you could of sold the business for something.
When we look at what we have got and have reach the level of despising your work its going to be difficult to sell the business.
I have a friend who has what has become a side business of computer websites which makes a profit of 55K a year but he just going to let it die. This is wrong it may be dead to you but to someone it's a dream job who would buy it. He talked to his accountant and he said by the time you go through the hassle and pay commissions etc. it's not worth it.
I say wrong hire someone and give him 1/2 ownership do something. I have left several hundred thousand on the table in the past with this thinking and I wish I had the insight then to have at least set someone as a 1/2 owner and was still getting 1/2 the profits.
Moral of the story don't throw away what is no longer working for you, sell it rent do something.
www.IncomeForBabyBoomers.com
Low start-up businesses for Baby Boomer
Learn how to think like an entrepreneur.
ken@IncomeForBabyBoomers.com