What are the differences between percentage ownership vs 'at a valuation of' in an investment agreement?

I did an investment in a company where I gave them $50K and the language of the contract states that I will receive 1% of the proceeds when the company has an exit.

The company has now realized that the language used in this contract was very atypical and probably a mistake. They are concerned that future investors will be hesitant to invest with this (i.e. me) sitting in their cap table in this form.

So they've asked if I'd be willing to re-do my contract with more typical language, i.e. "you have invested $50K at a $5M valuation".

Obviously my first priority would be to make sure this company is successful, otherwise my investment is worthless so I don't want to jeopardize any future fundraising for them.

But I also don't want to end up in a position where my investment is worth significantly less than it could have been should an exit occur.

Any advice on whether I should agree to the change in contract? What are the possible scenarios that could play out with the original contract that would be to my benefit that the revised language wouldn't allow for? 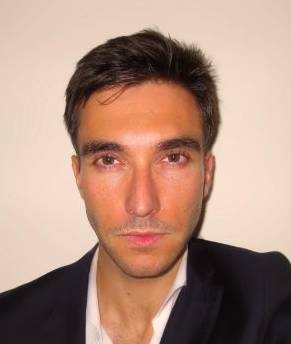 Hi, First, you are investing in a company with a $5M post-money valuation. 1) Either this is a seed stage company and the term sheets should have been fully reviewed by a lawyer. 2) You are giving a very "generous" valuation for pre-seed company that is still very amateurly run. Second, the current shareholders are worried that the wording is understood as you bought an option (in case you currently don't have any stock until the liquidity event). One needs to look very precisely how your terms were written as it may also be understood as a perpetual anti-dilution clause (if you were given stock when the transaction was recorded). Your options are simple. 1) If you intended to get 1% of the company today for $50k, then you can be honest and agree to the rewording. 2) If you intended to own 1% at the exit. Then you have no interest in agreeing to a new wording. You can at best agree to clarify with a lawyer that only the current shareholder will use their shares to protect you against dilution. This will hurt them a bit but won't impact future investors. Best regards Jean-Francois LEGOURD -- [image: Logo] [image: Logo] *LEGOURD Jean-Francois (JF)* Contact: +65.8287.4280 <+6582874280> | Meet: calendly.com/jlegourd/

This is not a deal killer nor an unsolvable issue.

A non-dilutive investment agreement is not usual, but not unheard of. It largely depends on how bad the company needed the capital (all deals are price and terms), and what stage of the company you made the investment. Its existence will not kill a deal for the company. It will cause pain for the founders, but not the new money who simply calculates it into the tables. New money may ask you to waive that, or re-negotiate, but you have the choice. IN the end the shares will come from the founders, not the new money.

If the company is idea-stage, I would posit you got a bad deal. Investing at a $5 mm valuation for an "idea" - no team, technology, or traction - is far too high (and a reason for SAFE and the variation structures) because it is nearly impossible to determine value at that stage. It is the foundation of friends and family investing.

If the company does have the 3 Ts, then they made a deal that could be bad - but new investors will not shy away from the deal (assuming they want to be in it) for this reason. The risk is that the company made several of those agreements so there may be more non-dilution. As mentioned above, the effect of the non-dilution will be borne by the founders, not the new investors. All VCs invest on a fully diluted cap table for their valuations so they can take this into account.

This really comes down to what incentives you deserve to renegotiate the agreement.

Before you do, you should:

1) understand the valuation today, not at an exit. It may not be worth $5 mm. Them just picking it out of the air because it fits the formula $50 K = 1%) is disingenuous. Do not just accept the valuation without some data to support it.

2) You need to fully understand the level of risk you took with your capital at the investment stage. Assuming you were among the first money in, you took the most risk. Pre-revenue/seed stage investments often take 20% to 30% because those investors know they will be diluted. Most seed stage funds avoid investments where they calculate their original investment dropping below 10% when the A round is negotiated (absent some significant development) because they cannot succeed if they do. (There is a ton of math behind that, that I will not get into).

If you are inclined to re-negotiate, look at a convertible note or a SAFE format, not just accept the terms being offered. In either, valuation is determined by the VC round that allows it to be set by "professionals". A convertible note would have discounts to you (for being early) at the valuation, and caps on the valuation so you do not have a worse position. Typical is a valuation at a maximum price (i.e. $5 mm) regardless if the priced round is higher (i.e. $10 mm) AND a discount (i.e. of 20%) to that round price.

@chicke I'm purely a (friendly) investor in the company. Not an employee/etc. And 'student' and 'middle-aged with some money in the bank' are not mutually exclusive :)

Its pretty simple. You are being asked to swop your 1% which currently cannot be diluted for equity which can and most likely will be diluted as the company goes through further funding rounds. In my opinion it depends on what you thought you were getting. If you thought you were getting a normal 1% and its just a drafting error…then I would agree the change. If you understood to be getting 1%of the proceeds regardless of further funding then I would say “no, thats not what I agreed and if you want to move me to regular equity you will have to give me a greater stake in compensation” The difference could be very large and its a shocking error for the company to make. The company is probably right that having your equity sitting there in the current form could hinder future fundraising.

Be fair but equally generous in this situation. Do not be pressured into changing. Neither of you had proper contracts or you would not be in this situation. As others have stated, meet with an attorney with experience in the startup process. The statement about other investors....it is true but also absolute garbage depending on what you brought to the table. Which, if your $50k made this company possible, then you should not be diluting your value. Your value received came with a premium for the risk you took on. The founders have the responsibility to work around that, and I assure you 1% dilutable or non dilutable is not going to sway future investors one way or another. And as someone pointed out, it will be the founders with the bulk equity who would absorb that loss. I have seen a lot of amateur and greedy startup entrepreneurs play this game whereby they want to hold as much equity as possible not because they need it for future investors but because they are just flat out greedy. It sounds like you hold the contract and the cards. Don't change ANY wording without sittin g down with an attorney. And friends or not, its business. If they are legit and professionals they will understand that.

It sounds like you have a non-dilutive equity position. There is nothing wrong with that, in small amounts. $50K at $5M would be 1% today - but tomorrow it might (likely would) end up with a lesser share. You came in earlier, so you deserve more reward for your money, having taken the larger risk.

My advice is to not change your agreement with them. But I am not a lawyer. There is not likely any advantage to having dilutive instead of non-dilutive equity in this situation - but then I don't know the whole situations... and did I mention? I am not a lawyer.

Dann - what is your relationship with the company? 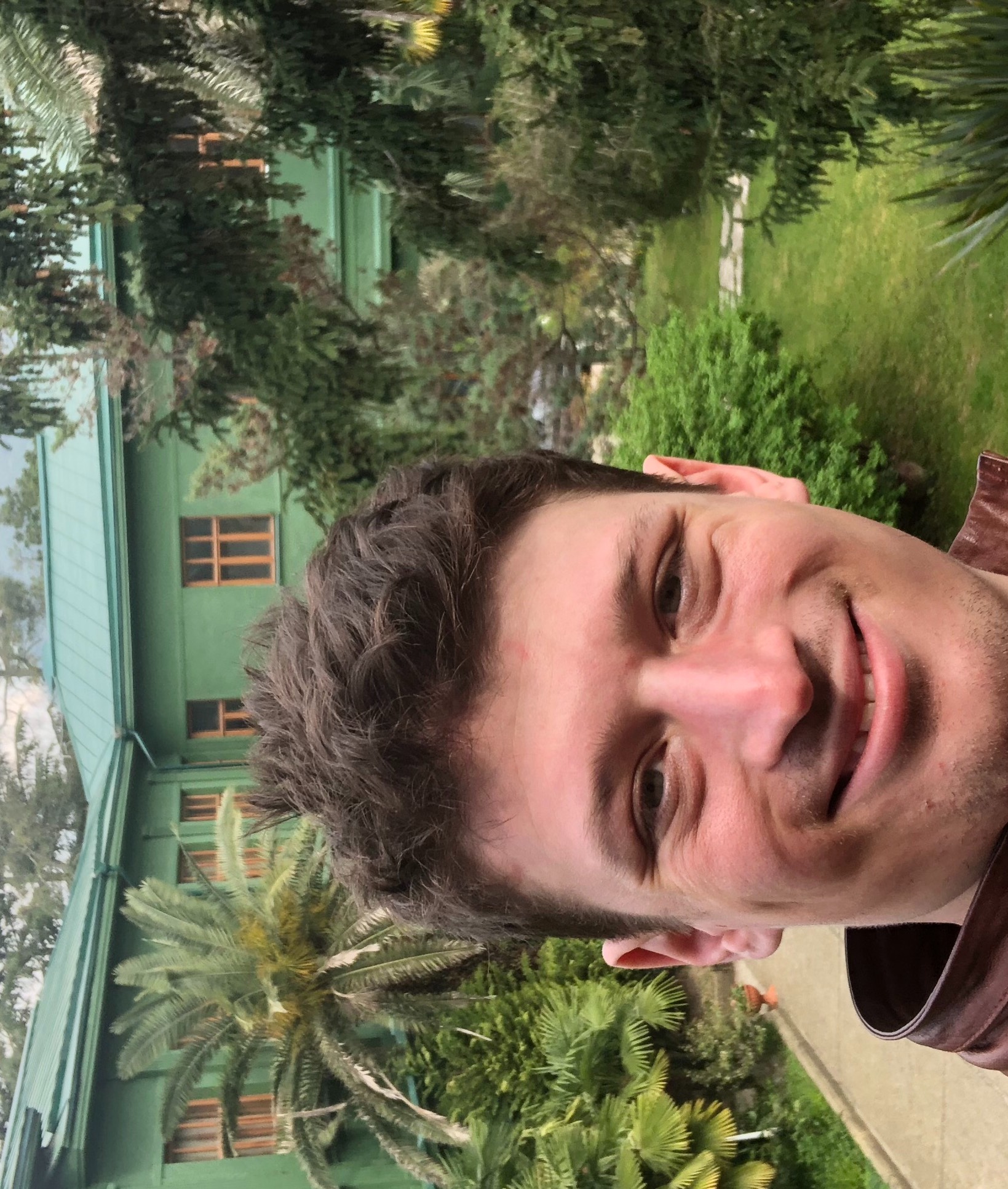 nobody should be giving you specific advice on this. This constitutes legal advice. hypotheticals are likely answerable however :)

Thanks for the answer Dann.

My other recommendation, which is complementary to what Dane recommended about the SAFE Agreement (from YCombinator), is to encourage the founders to look at Slicing Pie by Mike Moyer. Listen to my interview with him to learn more. I run two of my early stage companies on Slicing Pie (even with F&F investment). We'll convert to equity when we get external investment.