What are the two most important slides in a pitch deck?

What are the two most important slides and why?

What are two or three style decisions you make when it comes to both your deck and how it reinforces your presentation?

Some really good comments, here.  Having done this from every conceivable angle including entrepreneur, investment banker and angel investor, the best advice is Ted's.  Know your audience, first and foremost. I can't tell you how many pitches I have seen and heard that were targeted to customer and market in a presentation to investors. Second, and equally important, know what their "hot buttons" are.  For customers, it's what ever need your product or service is fulfilling or problem you're solving.  For investors, it's how you make money.So many entrepreneurs overlook this very basic principal. At the end of the day, that's all investors really want to know.
And, finally, in terms of style, don't get too cute and have multiple pitches tuned to your various audiences. But most important, make them interesting.  Best book ever written about putting a pitch deck together ,that ought to be required reading for every entrepreneur, is "Beyond Bullet Points" by Cliff Atkinson.
And good luck with your pitch!

I think if you have a pitch deck, singular, you are making a huge mistake. Rule #1 of all presentations: Know your audience. Corollary to rule #1: Your message (and therefore your deck) should be in line with what you are trying to get across to the audience. Implications: If you are pitching for investment, then your money shot (as the Hollywood types call it) is the ask and the reward. If you are pitching to potential co-foundes, then your "money shot" should be the vision and the offer. And so on. Having just one deck that serves all purposes is like having one tool that somehow does all things: hammering, screwing, and toilet-plunging. Its probably not going to go well. As for styles, it should be reflective of the app and/or the target audience. But never, ever, EVER, use Comic Sans. Not even if you are pitching an app to clowns, regardless of how much money they might angel-invest into your startup. (Have you ever met any rich clowns? Nope. And thats because they kept using Comic Sans in their pitch decks.) Ted Neward Author, Speaker, Mentor http://www.newardassociates.com t: @tedneward | m: (425) 647-4526

Most important slide:  Traction (users, revenues, marquee customers, whatever you have)
Second (distant): Team (team should be in the room...)
Style for slides (minimilist):  See "Art of the Start" or anything by Guy Kawasaki for slide tips.

Team Slide put it up front. Now this is for early stage startups. Investors like to know if this is the team who can do it for them. Traction is next important slide, put all your effort to show that you can do without them. Don't forget the market opportunity and the size. Last show them how they can exit, the biggest pain for an investor is to find a exit path. Show it to them.

Really depends on what your startup is and what stage you're at.
As Eric mentioned, for early stage, the team is always super important. If it's a strength for you business, put it up front. If it's not your strongest point, move it to the back. When I'm talking strength, I really mean that an investor will look at the team slide alone and think "wow, I'd invest in almost anything these guys did".
Otherwise, the most important slide(s) vary. For example:
- In something like a marketplace, the market size and problem solved is critical at an early stage. For a later stage, traction numbers are most important.
- In a medical device company, the solution is very important (along with the team of course).
-In a Saas business, perhaps it's go-to-market strategy and business model.
But as a rule of thumb, for early stage companies, think team and market size (TAM usually). For later stage, think traction and business model.

Depends on what stage you're in but typically in early stage investors are investing in the team. I work in talent acquisition and team building so call me biased. The team members are the people who are going to make it happen, whatever "it" happens to be. Projections and market size are shots in the dark and are more a reflection of the team than anything in early stage. Product and magic sauce telling of what how the team thinks and what they're capable of and what they've already done. Startups are wrought with pivots and change, as an investor I want to know more about the team and every slide on that pitch deck should be a positive reflection of a team worthy of investment.

Let's focus the conversation on early stage.  I know the scarcity right now is with teams getting to Series A without a bridge round, but that's going to target a much smaller audience on FD.

I think we can decide that a Pitch Deck should focus on strengths (but I'm still interested to hear individual answers to these questions).

What about the more subtle style choices?  We all have weaknesses and how do people here adapt their presentation to confidently acknowledge their weaknesses to a crowd of people so they can move onto the good stuff?  Maybe you are an experience company, so getting onto a slidedeck makes your experience sound silly.  Maybe you're a data company, so you have so many metrics you're just going to confuse everyone trying to spell it out.

If we look at a pitch as a first date then the goal is to get a second date. That's it.
Rule 1 is to not confuse your audience but excite them with possibilities Rule 2 is lead with your strengths but not overstate your position Rule 3 is to close for a second date.
At this juncture don't pitch your life story but briefly what brought you to this point and why you (team). Intrigue is better than data, as long as ou have the data to back it up if called upon. Pitch energy, depth of knowledge and well rounded skills. Dream teams don't guarantee anything as cohesiveness and shared vision is more important than raw talent that won't gel. So sell the team and not the individuals.
You're first two slides? Whatever you need to support the second date potential. 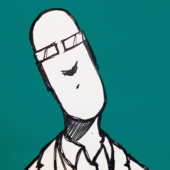 Everyone has focused on the content of the slides, and that requires critical thought. These people are smart, are speaking from experience, and they are not wrong.
But I am going to respond from a different perspective.
I think your two most important slides are your first slide, and your last slide.
I've heard about some research recently that people have shorter attention spans than goldfish.
Your first job is to grab them, and get their attention. Clearly communicate why everyone is there in a way that keeps them engaged. If you have failed to do that, the rest of what you have to say doesn't matter.
If you've managed to get them, and keep them, then the next most important slide is your final slide. How did you leave them? Did they leave with a clear purpose or action? Are they energized?
You need to communicate critical things like vision, value, and team. Your pitch will fail if those details aren't aligned.
But the goal of your pitch presentation is to create emotion and elicit a response. You want action. Decide how best to begin and end based on your audience and stage, based on the action you want.