What do you do to stay focused and avoid distractions? 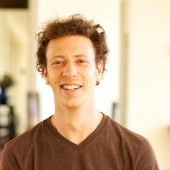 Just saw this short video - Harness Your Attention For Optimal Performance and was wondering... "what do you do tools/practices to stay focused and not get distracted" in your workflow? 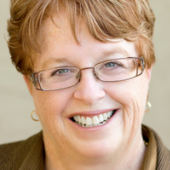 I do a combination of to do lists and setting a specific time on my schedule to handle administrative tasks including new biz development, social media outreach, billing, etc.  I keep Thursday mornings open for doing that, and it works great to keep me motivated and on track. In the last year, I have also joined a mastermind group which has been a great and productive resource for feedback, ideas, and accountability. I disagree about the posts - I often find that these posts often remind us to think differently or introduce us to new services that might add value to what we do.

It depends on the why behind the distraction.
If I'm bored, I follow the thread of my thinking about it until I identify what I care about
If I'm anxious/afraid, I recenter on why I chose to do it and why it matters
If I'm pissed off or resentful for having to do something, I try to find the part that I have a choice about, and if I can't find that choice, I remind myself I have the choice to leave it
If I'm tired or restless, I rest or stretch
If I'm hyped up or restless, I do pushups, or go outside, or dance

I do simple task/to-do lists - sometimes on paper, sometimes on my phone/ipad. At the end of the day, I try to have 5-10 small tasks (10 minutes to 30 minutes) for the next day. I love striking out 'done' tasks, its a marvelous feeling.
When I get a bigger idea/task, I put it on a different list that sits there "for research" until I can divide it into smaller tasks.
When I have free time, I look at the bigger tasks and read/research on them but try to avoid getting suck into them until I can break them down, yet usually my big 'distractions' come from things that are too exciting to leave waiting.
For my devs, I also try to have lists (currently using trello), so they know each day what they need to do.

I agree that lists/tasks really helps keep the ball moving forward.  Also, on the technical side putting together an engineering roadmap is useful both internally and externally in providing a vision for development.   It can help you stay on track for product development and serve as a strawman for discussing possible new projects/features etc.  in that it provides a context in discussing tradeoffs (i.e. if we do this, we have to table that, or it has such and such an impact on current deliverables...)

In addition to to-do lists and plans, exercise (get out and walk) helps clear the clutter from your mind as does meditation.

Focus to me is about discipline.

I don't do it enough, but scheduling distractions is actually quite helpful too. Among 10 items on my to do list I aim to insert things like 'going for a walk'. That thought is sure to creep in anyway and becomes a serious distraction if I have to fight it. Clearing the head from time to time actually increases productivity far better than fighting the urge. Besides that, turn off all time suckers such as instant messaging (unless you need it for your business) facebook, etc.

When I’m correctly motivated, I stay focused.
I gave up trying to get funding since I don’t yet have a MVP and I am not the best marketer. Which means I can get frustrated, discouraged, and so lose focus. My solution is to go to high level startup / networking events about every 2 weeks and see how I can add value. I actually try NOT to talk about my project. I’m there to help others. I even try to arrive early and to help out the organizers. I see things from other’s points of view and get out of my head.
Just being in that environment feels good and encourages me to be effective in a fun way.

going back to work rather posting in forums etc. Shut down these posts and etc. Go back to work than you will be happily find your solution. And all these motivation posts are just someone else's selling scheme or way's of wasting your time.

I use to-do lists, but you have to be careful--they can become a trap. It's so inherently satisfying to check stuff off and, each time you do, you feel you've really accomplished something. But let's face it--anything that can be reduced to a "task" on a list may not be where you should be putting much of your time. I've had "tasks" on to-do lists that shouldn't be there because they require long-term effort. It is all to easy to ignore them for that reason, but the problem is, they are the more important things to do and they tend to keep getting pushed off the table (I like the "for research" list idea, but worry that I, anyway, would tend to avoid looking at it).

On the other hand, to-do lists can be wonderfully helpful in the sense that, if you try to remember to do things (e.g., call a colleague, send a report, or whatever), your mind ends up juggling too many things and starts sending you these sudden, intrusive reminders (I get a kick of adrenaline when that happens). I found that, if I write those things down, my mind shuts up.

My strategy has been to either turn off the phone (if I can, or discipline myself to let the phone go over to voicemail), close email, and close the door. You also need to train yourself to focus. That was hard for me even though I have near-Asperger's ability to concentrate once I get going. It's the getting-going part that was hard. You just have to learn to shut out all the other things. I think it's helpful to set time aside to think about this mindfully (that's where the quadrants come in), and set a strategy that will work for you.

I know this all sounds kind of touchy feely, but this is an area where I think people differ vastly. What works for me might not work for others. I can't imagine being the sort of person who can be interrupted once I get going. Once I get going on something that requires a lot of concentration, the rest of the world disappears (I think the house could burn down around me and I wouldn't know it). So getting started is my "only" problem. I wouldn't have a clue how to advise someone who has trouble maintaining focus once they've captured it.