What do you do when helping a friend's startup goes bad?

I have a friend helping out his friend's startup.  We'll say Joe is helping out Rick with his party finder app.
Joe has known Rick for many years, and Joe is pretty well into his technology career.  Rick has built a small tech team, but has received advice from Joe and a lot of encouragement from Joe.  Included in this, Joe has forwarded Rick to a startup program that netted him $20k in free advertisements.  This is just one example of how Joe has tried to look out for Rick.
Joe has his own software company but it's been much harder to get lifted when compared to an app company.  After hitting half a million downloads, Rick was having an easy time getting investor attention.  Around this time, Joe offered an investor database to Rick for a small pricepoint.  Rick did a 180 and asked Joe to help deliver user data to his paying enterprise customers.  Joe did this but quickly found territorial behavior from the existing tech team when it came to getting access and getting the job done without having his credibility questioned (why?).  Rick's tech team was not very experienced and was on the fritz about handling user data from a variety of perspectives.  The job didn't go so well since Rick's lead technical person felt it would be quicker to do the job himself  (miscommunication).  While trying to be simply helpful, a lot of this business inefficiency started to dump back on Joe.  Joe was literally accused, asked to answer for, and made to sign a memo stating he did not steal data from Rick's database (wtf?).  After all this, Joe frustratingly told Rick that his tech team was lead by a moron (apparently) and he could check the logs any time to see how ridiculous this all was sounding.  Rick then asked Joe for a second proposal, this time working directly with him.
Joe wants to run in the other direction.  Joe really needs the cash, however.  What might be a quick pro/con of working with a friend who is paying a fair market price but might be unapproachable or unable to hear the realities of his business "internally"?  What are some stories you have as a technical person digging through to the realities when dealing with a CEO point-person who is amidst pitch sessions and organizational motivation?  Is the ego of a pitch-man delicate, or how can someone best support a friend while in the month(s) they are pitching?
Generally speaking, was a mistake made by Joe for engaging with Rick because it had the subtext of friendship and not business?  Are startup teams territorial to outsiders that have a preexisting relationship with the C-Level?  Is the experience of coaching a friend toward success transferable (i.e. through financing support, systems architecture, etc.) and what are some stories you have of using such an experience to formalize an advisory practice?

In my opinion, while one could make assumptions about the intentions or mental state of the technical team, the more likely culprit in this matter is Rick's failure to wear the hat of CEO. Now, I'm not suggesting that this is anything Rick did in bad faith, but most likely a lack of experience in bridging the interests of the different parties involved and making sure that those were clarified, addressed and smoothed out BEFORE the cooperation was attempted between Joe and the tech team.

Now, we don't have the exact details here and possible you don't have them either, but for example, this is one way it could have played out:

Rick decides on his own that the team is not sorting something out and so asks for his friend's help without consulting with and discussing the matter first with his tech team to involve them in on the plan and why. Rick then comes to an agreement with Joe and Joe assumes that Rick has already handled his internal business for this cooperative effort. You mentioned that Rick is busy doing pitches, etc. and it is usual that when a CEO is in fundraising mode it is often all they can think about and work on.

So Joe proceeds to engage with the team and they or perhaps one or a few of them begin to fear that this new person is being brought in to do their job and bypass them. Perhaps they fear that the CEO has lost confidence in them and they decide with renewed interest to fervently defend their territory so as to, they hope, save their job(s). And so it goes...

If this is how it played out, then it could have been avoided by the CEO taking better care to predict this type of situation happening (as I think any good CEO could have predicted such a reaction).

If I were Joe I would have to have a heart-to-heart with Rick and drill down to what exactly happened and get Rick to take responsibility for paving the way and sorting out the reactions of the team, or it would be best for Joe to simply bow out. He may need the money, but in the end it will be too costly in other ways if the drama continues unchecked.

From experience, prize friendships over this quarters' sales.
Joe is out of his mind for accepting Rick's offer of full market rate.  Rick's already demonstrated he doesn't know what he's doing (no judgement: you learn by trying things).  He's hired some engineers, and now he's bringing in an engineering consultant without them asking him to and without him firing anyone or reorganizing anything...
Not a quality engineering leadership move - he's kind of passive aggressively stirring the pot whether he realizes it or not.  He's using the minimum authority he has as CEO (right to sign contracts) to keep people off balance and looking over each other's shoulders.  It doesn't matter whether Joe or the "moron" leader of the engineering team is right or wrong...  You shouldn't be leading this way.
If Joe "needs" the money, he needs to work harder at sales from people he doesn't have a friendship with.  The only way he should be willing to do this work is for a rate that is so obviously generous there will never be any suspicion of his intentions by Rick, no matter how this project blows up.  When you don't know what you're doing like Rick, all kinds of crazy ideas start to occur to you when the ship starts to sink.  This isn't a mental health problem - it's just an experience problem.  Rick is learning as he goes.  Joe needs to be giving very clear signals his participation was friendship, not sales.
...Or just don't do it.  Have Joe limit his advice to how to restructure the current engineering team rather than directly doing the work they likely should be.  The economy for tech is pretty strong...  Why can't Joe, an allegedly solid engineer with great advice, find sales this quarter?  That's the real open question here in my mind...

Sounds like a lot of teen drama. Sent from my mobile phone. Please excuse any typos or discombobulations.

I would start by recommending a therapist here, then looking at this in the sense business is business period if amicable resolve cannot be met hire a lawyer. However , that being said the advice your asking for is better suited in dealing with this as you should any professional manor sign nothing , say nothing unless it's mutually agreed.

Agreed Mike. I think we believe that the agreement (in the form of a signed piece of paper) is the same as alignment. I've seem WAY too many people (many whom SHOULD know better) sign contracts without a clear understanding of what they are agreeing to. One culprit is boilerplate ... it gives the illusion of agreement without the burden of thought.

Clearly this is a situation in need of some clarity. Though the degree of drama varies depending on the specifics of the situation, the challenge of miscommunicated expectations crops up in virtually every relationship (business and otherwise - but let's stick to business here).
Great leaders have counselors / advisors / coaches (whatever you call the outside perspective) . . . and they use these resources to make better and clearer agreements.
I find that most people enter into situations with the best of intentions. The problem is that without having a thorough discussion they don't have the same expectations. My practice often gets contacted after the fact to untwist the wires that got crossed and try to repair the inevitable damaged relationships.
The problems are:
I know that it's tempting to suggest a therapist ... but I doubt that there's real psychopathology here. The roles of entrepreneur / founder / startup team member are challenging. It's funny that people will invest in tools to make the mechanics of building their business easier - but are often reluctant to make the investment in the support mechanisms that can make them more effective and productive. I wonder if people feel like they should be able to figure it out for themselves or that asking for help in this area is some sign of weakness.

Agree with Marvin about the nearly-impossible balancing act and his reference is one that is spot on.  Separations of expectations and responsibilities (legal obligations or otherwise) need to be clearly delineated and more importantly, understood, in a startup just as much as in a Fortune 500 company.

Mike - I have experienced this and I was right in the midst of it. So, I got to be the observer. I absolutely second what Michael M said, get a therapist. And I say that with all due respect. Such problems, at least based on my observation and understanding, often stem from insecurity, fear or failing - often times turning into control issues. The perpetrator is often unaware because of the demands of the job. While he / she intends well, it's hard to step back and reflect if " Am I being unreasonable - after all I am the CEO / executive?". I was brought in to offer expertise on a subject but it was clear within a month or so, that the place needed a therapist who could listen to every side and mediate. I tried doing that for a while but it took a toll. Besides, its not very professional. One way to counter this is by having a document that clearly states expectations of the role, expectation of each other and establishes clear lines of authority. As in who reports to whom, what are some of the KPIs in case of a gridlock - who gets to veto - CEO, expert or customer data.
Personally, I will always go with facts / stats, irrespective of my title. If facts are not available, I would brainstorm with the expert but would try to align with the company vision, as much as possible. I would probably consider three or four options to execute. Prioritize them, try them on a sample size, assess results, if successful - scale, if unsuccessful - pivot. Sort of a lean start-up mindset.
Hope this helps. 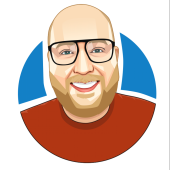 Joe should become a formal advisor. It would ease the tension with engineering team and provide incentive for Joe to keep helping. Sent from my iPhone

I like that there's good humor (for me, anyway) here, but please let's also try to address this professionally!  I'm certain anyone that offers a remark like above has dealt with a real situation like this!