What is the best way to find people to form a mastermind group?

I'm having trouble finding people to form a mastermind group. What are your strategies to get people interested? Are people these days not interested in master mind groups ?
thanks, 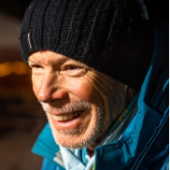 Frankly, before now, this was a concept that slipped under my radar.  Intriguing.  I've used a similar method, albeit more selfish, PBD (Personal Board of Directors) for purposes of gaining transparent insight for my career decisions and crossroads but this sounds even more intriguing.  I'm in as a candidate should you get this going!  I found this resource to add to Shingai's: http://www.thesuccessalliance.com/start/

I had not heard of a mastermind group until you mentioned it hear. Intrigued, I looked up the definition and found it to be interesting.
Judging from my own experience, it would seem that awareness is lacking more than anything. Second, you would want to have a tightly controlled set of users involved, making the list of potential candidates very short.
These two problems could be re-mediated with certain online tools, such as Google+, LinkedIn, and other online congregation networks where you could look for people with interests that would predispose them to joining such a group.
I would find the opportunity to join such a group interesting, so maybe I should help you out!

I second Joshua's comments.
Here is a link I found around starting a group:
http://www.lifehack.org/articles/productivity/how-to-start-and-run-a-mastermind-group.html
I'd be interested in talking more if you're motivated to get this going. 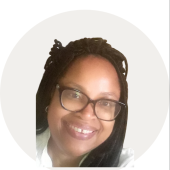 With a compassion to serve and a heart for the people.  I am deeply motivated.

I'm scheduling interview phone calls this week and next week. Let me know if you're interested.
cheers,

@Joshua
I guess I should realize that not everyone knows what a mastermind group is. Perhaps I should explain in detail what it is and how it can help them for their projects.
Any help is appreciated.
thanks,

I'm quite motivated to get this going.

This sounds intriguing. I'm in as a candidate should you get this going! vcqmedia@gmail.com

Consider me in as well :) shubham.goyal@live.in