What kind of runway should a startup have?

Fundraising is without a doubt one of the most painful tasks that any founder needs to take on during the journey of building a company from the ground up.

Raising more than the amount that it is needed can make the team lazy and perhaps contribute to the lack of intensity when executing the roadmap. On the other hand, not raising enough capital is also a risk as you may run out of money before you are able to hit critical milestones.

With that been said, what is the runway that a startup should target when doing, or when completing, a financing round?

Very hard to say without knowing a lot more about your company, but here are a few things you can do to extend the runway:

- Outsource as much as possible

- Get up front payments from customers

Maybe others can think of some other ways?

Raise what you need plus an adequate reserve. If you have a well thought out business plan it should not be hard to arrive at those amounts. If you find fundraising painful, hire a professional to do it for you.

You need to work backwards from your goal. Is it to break even? Or is it to raise another round?

Either way, you'll need some kind of economic framework to project what breakeven is going to mean for your business. If you're a tech startup, you'll probably need about a year either to break even or to get enough traction to attract follow up investment.

So, I'd say figure out your team and what the costs are (since labor will definitely be your biggest cost), include fixed costs (co-working space, software, tools, etc.), and don't forget marketing / sales costs. Project your costs out for 12 months. Then try to raise at least that much. You're not really in danger of the lazy team problem in most cases. Besides, you won't have that problem ;-)

Assume your revenue is going to be almost nil for a while, but try like hell to pre-sell and get revenue as early as you can. You'll burn through your funds faster than you think. But more teams fail from lack of money than premature scaling.

12 to 18 months. As soon as you close that round, you have to start working on the next one as the team executes. 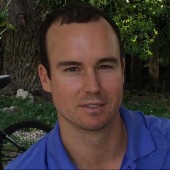 Get customers to fund pay you in advance or find some other way to keep cash afloat.

If you're down to 6 months of capital you're effectively out of business; it takes that long or more to raise.