What legal documents are needed to hire engineer that is paid in sweat equity?

Neil HereWeAre Want To find-close Business Online without competition Before They Google Search? We solve this problem 1(508)-481-8567

It amazes me how startups believe that they can actually "hire" needed talent for "equity" and the best of the best will jump at the chance.

"Equity" as the only compensation offered, in reality, means zero payment of anything spendable or as usable income until and if the company goes public or is sold.

If you even want to get to that stage, PAY for the talent that can get you there and that'scash plusstock/equity, not just plain equity for "sweat equity".

The three documents that you need are a non-disclosure agreement, a non-compete agreement, and an agreement involving intellectual property.

One thing is that you can make the position much more attractive by letting the engineer have access over the IP.  One relatively easy way of doing this is to agree that the engineer has a license to use any software and patents that result from his work, or that they own the IP, but you have a irrevocable, non-exclusive, royalty free license to use the work that is development.  The mistake that a lot of people make is to try to lock down all of the IP, and the problem with that is that most competent engineers are willing to negotiate on this area.  It's also the situation that most competent engineers know the basics of IP law.

If you are having engineers working remotely, you are going to find it pretty much impossible to enforce those agreements at the remote location.  However, the point of the agreements is to make sure that they don't try to stop your business at your location.  If you sign these sorts of agreements with an engineer in China or the Ukraine, there is basically nothing you can do to prevent them from starting a competing business in China or the Ukraine, but your goal is to keep them from starting a competing business in the US.

Also before paying engineers in equity, you might want to see how much cash it will take to pay them.  Engineers in India, the Philippines, and Ukraine are quite inexpensive.

If you're looking for a source of templates, Doracy (docracy.com) has some solid ones. If you're trying to save on costs but would like to have an attorney draft up some documents, you can also check out UpCounsel (upcounsel.com). They normally suggest fixed rates for certain jobs and often offer free 15 minute consultations to see what you need for the project you are undertaking. If anything, the consultations should help give you a better understanding of what you can/need to do.

With regards with working with a developer to build the MVP, you should have them sign a Confidentiality & IP Assignment Agreement to make sure that all work done/IP belongs to the company. 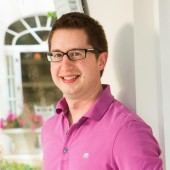 Typically this type of stuff would be covered in an operating agreement.  It sounds like you're trying to run pretty lean right now, so hiring a lawyer to help with an operating agreement could get expensive.  I suppose you could do it cheaply by starting from a template or using something like LegalZoom, but typically you pay for what you get.
You'll also probably want to be careful not to run afoul of any labor laws.  In most jurisdictions in the US, anyone that can't be classified as an independent contractor must be paid at least the minimum wage.  I'm not sure if listing someone as a shareholder in an operating would cause problems with that.  I believe the only exception to paying minimum wage in many jurisdictions is if the employee has a stake of X% in the company (where X is something like 20%).
Of course, if you really trust the people you're working with/hiring, you could get by on a handshake deal for a little while until some revenue or investment money comes in.  I've done this a couple of times in the past myself, but there's always more risk in doing that way.

I agree with Sebastian that the important consideration is protecting your IP.  You'll want to have the individual execute at least 2 agreements: a Non-Circumvention, Non-Competition, and Non-Disclosure Agreement; and, a Development Agreement (or Work For Hire Agreement).  You also may want to check with attorneys in each state for any issues with consideration for the agreements, and any quirks in employee vs. independent contractor evaluations.  The equity portion is the easiest (back of a napkin).

Asnee, you really don't need 3 separate agreements, that generally complicates the situation. I have successfully used a template that I prepared for my tech clients that combines all the issues mentioned by Joe, and it should be a 'work made for hire' arrangement, that is key. IP ownership is generally owned by the company and not by a particular person, even the founder. I would not recommend negotiating IP ownership as it becomes critical when you either are looking for funding or want to sell the company. Let me know if I can be of any further help.

Thank you so much Sebastian, this info is really great and thanks Graham for the Advice as well.

I already spoke to 3 different lawyers from Upcouncil about equity and they all said I'm in the clear and to make sure I have the Ip protection separate from work agreement.
plus to consider it illegal then basically every startup in this country has committed a crime for not paying themselves or partners minimum wage just to get startup off the ground from scratch.  The whole point of a startup especially in its infantile stage is bootstrapping till you finally have an investor to be able to hire and pay fair wages. I even expressed the stage and situation I'm in with the Engineers that I'm talking to, for them they understood that and want to be part of the startup at its infantile stage.
I agree with you John Fess in regards to them getting equity. I want to make sure they are well taken care of especially if they choose to be fully aboard and not just some hobby project just to get experience. I don't want you to think I'm some guy came up with an idea and getting engineers to build on that Idea. I made positive progress from R&D to prototype mockup, I would've had functioning system but since that got botched and money wasted I have to look at the positive on atleast having the framework and research to make this work. In addition I have some traction especially getting letter of support from a organization affiliated with foreign ministry that If I'm able to build functioning system then they  be able to help bring users , partnerships,etc..to help this grow since for them they benefit is that this is to help economic trade growth, small business, and overall global trade which sadly only 27% of businesses are doing online while the rest of the world still operate old fashion business practices that leads to unnecessary  inefficiencies and high risk.

Asnee, you should check both the IRS and your state regulations as I believe it is illegal to pay someone only with sweet equity. Most if not all, states require that the minimum pay must be given unless certain contingencies are met. Hope this helps.

Anyone who agrees to put in significant effort pre-funding is, by definition, a founder and should be treated as such.  As an example, let's say you get three other roughly-equivalent people to join you, the founder's stock should be split something along the lines of 30-23-23-23 where you keep 30 because its "your" idea.  Obviously there will be variations based on how much has been accomplished already, value-added of individuals, and such.  But if others are going to help create the company from scratch, you should compensate accordingly.  Otherwise you're asking for some significant downstream conflict.