What's a reasonable share of equity to get as the first developer?

So there are 2 guys that have an idea for a company. Granted it's a great idea, if executed properly. They are offering the first developer (also the first employee) a 2% equity stake and no compensation at this point. Being that it's a web company, said developer will probably be doing just as much work as the founders.

What do you guys think? Do you have any experience in this kind of situation?

At the very least the developer should be given equity equal to the value of his time and a premium for taking the risk. I don't accept that great ideas have great value unless they can be implemented.   2% equity sounds like the founders have an inflated idea of the value of their concept. If they could sell that equity to an investor and use the proceeds to pay the developer this would not be an issue. I doubt that they can.

Hello Naman,
What do I think?
You're mentioning that's a web project. To make a reality a web project shouldn't cost a lot. Thus, the two founders should be able to put their money to make this a reality. Of course, talking about an MVP, a further developed product at this stage isn't justified.
IF for some reason, the two founders are not able to come up with the resources to fund this, then without the web development there's simply no product. Thus, this developer becomes essential to the endeavour. IF the founders are not able to pay anything to the developer while he/she makes the magic happens, then the fair share is 33% for each member of the company: the two founders and the developers.
Without the developer there's no project. It doesn't matter how good the idea is.
You guys are founding a company, those are the compromises that had to be done in order to make this project come to life. Even if you find someone that's willing to work for 2% with no salary, on the long run you'll have motivational issues, specially if the project is a complex one.
My suggestion: Get the money (preferably from your savings), outsource the developing with clear goals. Then launch it as fast as you can. Launching it's not the end of the game, it's the beginning, so the faster you reach there, the faster you'll see how this will evolve.
Best of lucks!

2% will be forgotten long after the pain of no compensation has set in. Even median pay will garner 5% for a key/lead developer knowing he/she will be diluted several times in the process and the founders and can be over compensated via other means.

There is no hard rule but there are guidlines and there are considerations..  First is it pre or post revenue or first client (sounds like pre here).  Second is it pre or post funding or funding discussion.  third what is the "role" meaning is this a developer who you envision to be part of the management team, maybe the CTO, or just the first coder so to speak.. fourth... is this a full time or part time gig and oh by the way is he getting paid... getting paid per his market value or being paid just enough so he can pay his rent or not at all.  .fifth has to do with the type of company and time to market...  and lastly has to do with performance..  What metrics are you putting on what he does..  even with vesting there is performance that is good enough to not get yourself fired and performance that gets you to market with an outstanding product 6 months early...  you giving the same equity to both...
You tell me all that and I can give you a much better answer..  Likely though the answer is going to be in the low single digits if it is pre rev, pre funding, he is taking a salary haircut, and you do not envision, today, he is your CTO.  Someone mentioned 5%..  that seems rich

It really depends on your role in the org. If you are co-founding CTO, then sure, 15-20% is normal. If you are a foundering engineer, with no plans to move up into management and no cash compensation, anywhere around 5% seems reasonable.
<edited for fat fingers... meant 5%, not 15% />

Naman, please take a look at the dozens of other threads on this same subject here on FD. 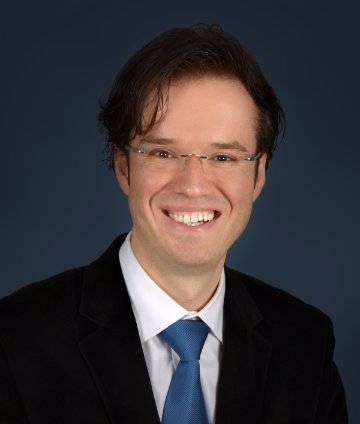 Besides 2% equity with no compensation, there are couple of other things to consider. Such as, who are the founders? How many successful exists have they done? Who is the competition and what are the differentiation? Do they have any strategic or financial investors etc?
After considering these questions, here is my two cents about your questions. 2% without salary seems low. I experience 2% with salary. In some cases, 5% with or without salary. One more thing to consider about compensation negotiation is what you have vs how much they need you. For example, how long have they been looking for a developer for this position?etc. Or what is your counter offer? Hope it helps.
Best,
Erhan