What's been your experience in keeping co-founders engaged? 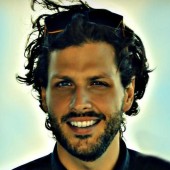 Recently two things happened with my startup. We finally were able to turn a small profit after being live for a year and at the same time my other technical co-founder decided to leave the project.
I was wondering if anyone wanted to share their success stories in recruiting and keeping a co-founder engaged all while producing quality work? I know the obvious answers, like making sure there is mutual passion for the space, product, etc... and making sure there is a good synergy within the team members, and then ultimate success in the venture.
However, I think at the end of the day it also comes down to always providing something for the other person that they cannot get without you.
What do people think about this?

"Really, the best thing you can do is have a chat with the co-founder and get some honest feedback on the reasons for leaving."
You should be doing this with your customers too, by the way :). Ask for feedback, even when it hurts, because it will allow you to stop the bleeding. 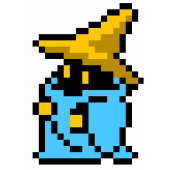 I'm sorry to hear it, Austin. When my two original co-founders left I was in bad shape for a few days.
I have a remote co-founder now, and one thing we do every time we talk is bring up and celebrate some success (no matter how small), and share one thing that we're looking forward to accomplishing in the short term. We've only been working together for six months, so we might not be at the point that you guys were.

You'd know your cofounder best; I can merely give things from a techie's point of view.
The "getting something more than without you" thing is part of it, though that's easy to justify to any technical person who has tried to go into business on his or her own and failed. Most of us don't find selling natural :)
Unfair equity splits given the evolution of the role can be part of it - I've left companies before due to treatment I perceived as unfair or duties that were out of line with assumptions going into negotiations.
It could also be sheer boredom or overwork for a prolonged period of time. Startups are a grind sometimes, that's inevitable.
One thing which I think a lot of nontechnical founders miss is communication style. How are you communicating with the tech co-founder? Most people don't like to be disturbed when in the middle of coding; it breaks flow. Any communication runs this risk, but there are certain times when you should know better - do you hand out an assignment and then start calling / texting / otherwise interrupting during a time that you've just ensured the tech co-founder will be working trying to make that idea happen?
It could also be that a better opportunity has simply come up. What makes it "better" may not only be the money, and will vary from person to person.
Really, the best thing you can do is have a chat with the co-founder and get some honest feedback on the reasons for leaving. There may be hard truths, but it's better to unearth those and deal with them early.

Easy, next time use a dynamic equity split . You and your co-founder probably had a fixed equity split. You gave him a little equity to join you. He (or she) didn't feel like he owned enough and that his work was not properly valued. This happens all the time. I wrote a book about dynamic equity splits and you may have a copy if you email me at mike@slicingpie.com Or he just stopped believing the company would succeed....

My last answer sounded a little arrogant. That was not my intention!

It seems like in your case you have an issue with making money. Do they really believe your company can be a huge fianancial success?