What tool suggestions do you have for onboarding/getting started setup?

When a trialing user logs into our software for the first time, they need to setup a couple things before gaining value. For example 1) import contacts 2) authenticate with Google 3) download the mobile app.

There is one tool that I can set this up with no coding...then just embed the modal setup module on my site but honestly the UX has been a train wreck which is a bad sign. So I'm looking for alternatives.

We could just have our developer crank this out...but then I have no control over making quick changes or tweaks to the module. I'll always have to go through a developer to make this change which is bad.

Bootstrap has a decent framework for that. For an example, check out this link, click forms on the left hand side, then wizard. Almost all the admin themes on {wrap}bootstrap have a wizard coded in. There are a number of styles available.

Without knowing too much about your software, I wouldn't be able to recommend such a tool.  Where does the contacts go? Is there an API for your software? The Google Authentication, is this Google + SSO authentication?
What I will say is this:
When dealing with multiple-step processes like the one you mentioned, the biggest problem is drop-off.  You have to deal with issues in regards to level of effort on the user.  The less vested a user is in the process and the more difficult the step you are asking, the bigger the drop off.
Your first step is importing contacts which requires a GREAT deal of trust on behalf of the user.  Why would I want to trust your software if I'm just starting? What value will I get out of it?  You are going to see a great deal of drop off.  Now, what if you switched it around to 3,2,1?  Let me explain:
Downloading a mobile app requires very little trust.  Hey, it's downloading a app, I do that all the time and it's so easy! Very little trust involved, and easy request to the user.
By the time the user has downloaded and actually ran the app, they are vested.  They have already put in a little bit of effort, so let's go a little bit more.  Let's ask them to authenticate with Google.  A little bit of trust, but hey, it's easy and I've already downloaded the app!
Then, you ask them for the most difficult part.  Importing contacts.  That's a big level of trust; however, they've already done two parts of your funnel.  They're already vested.
This requires a bit of a change up in your thinking.  Do you do steps #1 and #2 in your app?  That might be better.  If this is also an app available via the web, you can switch up the steps a bit.
Another thing you'll want to do is TRACK TRACK TRACK.  Track every step the user takes.  If they drop off at a certain point, send them an email reminder to pick up where they left off.  This email gives you a chance to further explain the benefits of the step.
This is going to require a developer.  But this is such an important part of your customer aquisition flow (I assume importing contacts is to either provide the value-proposition or do a viral loop).  No matter what off-the-shelf component you use, getting all these points in will require a developer.  Just have the developer create it in a way which makes it easy for you to change creates/text to optimize the funnel.

Per cory's answer, Zurb foundation also has a great "built in" tool for this called joyride that is pretty seamless http://foundation.zurb.com/docs/components/joyride.html. Obviously this is only helpful if you are using Zurb Foundation. Even with these the developer needs to make changes and I think that's pretty normal.

Mark, I think you need to rephrase your question to get an answer. As Taylor mentioned, what you're describing is a development effort (importing contacts, authenticating with Google, etc.) so it's not clear what a "UI tool" is. Actually, what tool did you try already that you didn't like... that might help clarify things.

I don't have experience with this, but your question interested me, so I took a quick look. This looks promising:
http://tryfree.caspio.com/autoflow1028c5f71b7e-0d47/
From here we can find alternatives: https://www.google.com/webhp#q=caspio+alternatives
This one looks popular: https://www.zoho.com/creator/
I'm sure I don't need to tell you any tool like this will limit your control and will take you only so far. You'll need a coder eventually. :) 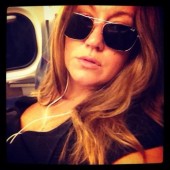 Hi Mark - it sounds to me like you need to take a step back and fix your UX.  Onboarding is probably one of the most important things you can spend time on.  Can you not just redesign the onboarding and then have the developer implement it? 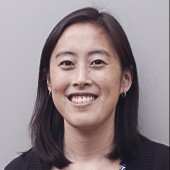 It's an enterprise product but they do have a free tier you can try out. 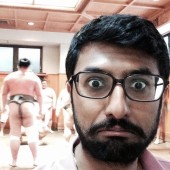 Hi Mark - it's a good question and something I'm actually working on. WalkMe is the main enterprise tool, although there are some early versions of others (mytips.co, appcues). There are also jQuery libraries (e.g. qtips2) which a lot of people use. They're definitely a hassle though and alongside a tool, it's useful to have expertise to create a great design. It's something I've spent some time on (some tips here) and if you're interested in getting help then ping me @_pulkitagrawal