What would be the right team to select for your startup?

I found this interesting post on who the right team members should be for your startup project.  They mention product managers, developers, QA testers etc… But I think you might need more than just the guys mentioned in the post?  What do you guys think?
Here’s a link to the original post in case you’re interested in reading:
https://www.tkxel.com/blog/how-to-select-a-startup-squad-finish-a-project/

Pick the best securities lawyer and patent lawyer you can find. Get a part-time CFO. Recruit a small number of industry-specific grey beards for your Board of Directors. Find and recruits good General Manager so you that he/she can run the company and you, the founder, can concentrate on product development. Sent from my iPhone 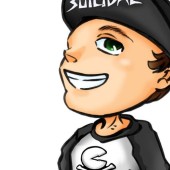 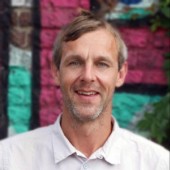 Kirsten Minshall Founder of UVD and CTO at Limpid Markets

@Klemen
Define test first. Then understand who / what is needed to run experiment. Could be one person. Might not need development / copywriting / designer.
Context is everything.

Kirsten Minshall Founder of UVD and CTO at Limpid Markets

I'm afraid I find the description of 'right team members' to be a) far too prescriptive and b) far to generalised. It almost looks as if the article is some sort of advertisement.

This seems like a formula for a potentially adequate team to turn an idea into a product. The challenge is that your startup team needs to build a business. At a minimum that means that you need to discover and build your market and manage your cashflow. It may mean that you need to raise funds (in potentially many different ways and many different rounds).
The startup landscape is littered with the husks of "businesses" that started as a compelling idea (at least compelling to the cofounders) developed a well-engineered solution to a problem that no one wanted to pay to solve, then ran out of money.
Full disclosure: I coach/consult entrepreneurs as they start, stabilize, and scale their businesses - so it's easy to dismiss what I'm about to say as a sales pitch. That said, whether you've stared 0 businesses or 500 businesses before - HIRE AN INDEPENDENT COACH. You don't know what your biases are - but you have them and they will bite you every time. Google is a great resource - but the forms and contracts and plans you can download from Google are input data, not complete solutions. (end of rant)

The team described is a product/project team, not a start up venture team.  Don't confuse the two.

Adam Pressman I've helped make a number of people millionaires. I'd like to do it a few more times.

We're the "airbags for crowdfunding" folks.  (Our Crowdfund Guarantee repays the investors in the event of a startup failure) As such, we see a lot of such questions.  While the exact composition of those who will occupy the seats in your venture is different for each business and dynamic in each stage, the source of such people is easier to pin down.  Leverage your connections to identify 150 people as committed to your venture as you are.  This is your tribe.  From them you can gain ideas, validation, funds, customers and, yes, members of your founding team.  Our FundMonth program is an aggressive response we developed for those who asked your question.  We spend 30 days, no more, doing all that's required to fill the gaps between your venture and those that, 97% of the time, have raised their goals.

I agree with Greg Miller.  You jumped over the start.  Which all the responses caught.  As the developer for corporations this organization form fits right in.  The parts that you missed was the team that was putting out all the previous products to market is in place, staffed, knows the market, knows the distribution, and has a customer base.  So our job was to keep added new product to the mix.  And since we were a corporation the volume at the start was at least one order of magnitude greater then any startup would be capable of.  So we had to get it right and needed such a large team.

It is based on your requirements for the project. I would say, that the min team you need should consist of:
- Marketer;
- UI/UX designer;
- Mobile developer iOS/Android (if mobile app is required);
- HTML/CSS developer (if web required);
- Ruby on Rails (Python or PHP) developer (if server side is required) - but you also can use Amazon service or any other for MVP;
- Project Manager (to navigate all team members) - could be part-time;
- QA-engineer (tester).

These should be more than enough for Minimum Valuable Product.

I would be able to provide you with more detailed team planning if I could know project details.

I don't think being an internal product/prototyping team changes the game at all. I have seen many new product innovation projects inside large organizations just like you describe, but operating like a startup, and executed by tight teams of 3 or 4 (maybe with some support from marketing, legal, etc.). And they operate far more effectively than such a top-heavy distribution described above (which I have also seen). Adobe, GE, Inuit, and Toyota have all publicized running projects like these in the last two years, and their teams were nearly always much smaller (I saw two of those cases first hand).
It's the methodology of how you execute product development that matters, not the team-size. The key element is speed, speed of learning, speed of shipping. The main drag on speed in product development is communication lag, and cost of delay from slowing down decision making. Coordinating 6 senior people in a modern corporation to try and ship something would take 3x as long as making that same decision (given mandate and budget) by a tight, tactical cross-functional product team.
I'd strongly question the assumption that organization size or protocol should dictate team size or make-up in new product development.