When naming a product is it best to go with a creative or literal name?

Products from all different industries have names that could either literally describe what they do or have some name that eludes to what it does. In a B2B organization which is it typically best to go with?

We are trying to decide on a name for our software system and we are looking at everything from names of Greek deities to product descriptive names. The product is a software system that allows PTZ cameras to track and film subjects automatically.We are selling to these PTZ camera manufacturers and their distributors.

And we are still trying to come up with even more names but some direction would be much appreciated.

I strongly urge you to read Ries and Ries' The 22 Immutable Laws of Branding.
Too often people justify to themselves this name or that name based on analogy to some other successful company.  This is folly.  Some companies succeeded over a long time despite a bad name.  Others had better names, but a memorable name is not enough to overcome other business faults.
An important insight is that at first a name is a hint about someone or something you don't know. It might be a good hint or it might be a misleading hint.  You probably hear the name James, and you have some prejudices in your mind about what that person might be like. If you are like most people, you probably are thinking about a male person.  But it might turn out that person is actually female.  If she wanted you to know that she was female she might prefer to use the more neutral nickname Jamie.   Similarly you might meet someone name Carroll and guess female, and be surprised that they turn out to be male.  And how you think about Chris, Lynn and Robin probably depends on the gender of people you met with those names, which varies by region and generation.
The thing is, once you start using a name frequently you stop thinking of it as having a meaning or hint, and it is just an identifier. Hunter is a name with an actual meaning, that might make you think of someone in the backwoods with a shotgun. Rose might make you think of a flower, but once you know Hunter S. Thompson, or  Gypsy Rose Lee, you think of the person and not the meaning of the name.
The more unusual a name, the easier it is to remember it and to not confuse it with a similar name. Conversely, the more generic and common the name, the more we confuse it with other common names.   Who was that person? what is Tom? Dick? or Harry?  But if the person is Percival or Phineas, or OJ, we probably don't get confused.
So that is the dilemma, a descriptive name will make a better hint which will help potential customer guess whether they are interested in talking to you when you are a complete unknown.  But then they might forget the name, and confuse you with a competitor later:  Was that company National Cash Register or American Cash Register?  American Telephone and Telegraph? or International Telephone and Telegraph?  Tele-Flora? or Tele-Florist?  Hotel.com or Hotels.com?  1-800-NYC-TAXI? or 1-800-TAXI-NYC?
The best brand names are often those which are suggestive of not literal. TaskRabbit is less likely to be confused with the more descriptive FastErrands, or SpeedyErrands are with each other. But you probably got a good hint from that.
Greek and Roman mythology will only give you the hint benefit if people know they myths AND think of the name as also an adjective.   Diana and Apollo  are not as likely to provide good hints, while Eros and Cupid would.
So think metaphorically, not literally.  Instead of Cam AI, try CamBot or RoboCam, pr even C-3PTZ. Instead of VisionMatic, maybe EyeMatic or AutoEye. Instead of  Perfect Track,  PathFinder or Doppleganger.  Or go funny:  Maybe PanParade, Tilt-a-Whirl, or Rocket-Zoom, or Shadow-Box.
Anyway, read the book.  The book is very slim, and a fun read, and you'll think differently about naming,  and you'll get much better names than these that both hint who you are and make you memorable (and 20 other important attributes, like short, easy to spell and type...
To stand out from your competitors: Think Different! 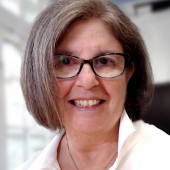 Mary Baum Digital consultant and web developer to the tennis industry. Standard on WordPress and the Genesis Framework.

A great name should do a few things:
1. Be easy to say - two or three syllables, hard consonants.
--Bizmart was much better than Office Max.
2. Tells us the benefit (not features, processes or tech) you offer your audience.
--EyeMove, SafeSee, SeeWhere, EyeTrack, SkyEyes, WallFly (as in, a fly on the wall) depending on the use case.
Here's why - People buy results, not tools, with one big exception - geeks and toys. In which case product should look and act like a toy. Otherwise, focus on benefits - nongeeks want holes, not drills.
Also, your entire product could change with time and tech. You don't want to be tied to a name that says Camera if, five years from now, you're using robotic insects or trained hummingbirds.
A benefit name future-proofs the company.
3. Uses short words and active verbs. Farokh's simple-and-catchy list is a good start, until we see that the concepts come from interactive and camera (Would John McCain buy an interactive camera system? Bill Gates might. McCain is the reason smartphones now auto-update.)
Active verbs in this context mean not just not-passive, but full of energy and evoking physical motion. Also, ALL of us buy things with our emotions, not with facts and figures. So branding and sales materials have to talk to the brain stem - to the body. Not the logical brain. (Until it's time to back up I-want-that! with heres-why-we-need-that.)

I've named several products in the B2B and consumer spaces. There really is no 'best' answer, but I suggest you go with a name that allows for further product extensions. I think you have some good options here; it seems that your literal names would require further version names, ie 2.0, 3.0, etc. whereas your abstract names enable a family naming system. Suggest you make sure there are no awkward foreign translations of any of the names you consider. If you go the second way, be sure to check domain name availability and buy the ones you may use in the future. Good luck! John

I've named dozens of companies and products including my current company. It's part art and part science. Names do matter because they are the voice, sound and look of your company so picking right is critical. I'm not doing this anymore, so this isn't a pitch, but the reason people paid me to do it is because my names stood the test of time, legal challenges and sounded and looked right. You don't have to hire the best firm on earth but someone who names for a living can and will get you a name you're happy with. Also, make sure you have good trademark counsel - just because you can't find it in a search of the USPTO doesn't mean you can register it - sound alikes, common law trademarks and turning two into 2 won't past muster. They can give you an opinion of any mark you want to register. 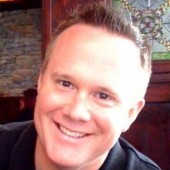 Over the last 18 years, we've named products, services, companies, and even intranets for organizations large and small.

You're asking one of the most important questions when it comes to naming, Armand.

Creating a new word by combining several words (this is called a neologism) has its challenges, too. Cobbling two words together often ends up sounding contrived, awkward or clunky.

When we do naming, we often do both types, but we are usually focusing on the key benefit the product offers.

If it is descriptive, at least make it memorable. Here are few of our names:
xyzservices.com" but just go by "XYZ."

I hope that helps.

Great answers here already.
I've always thought of names for a company of something secondary. The most important thing is the service or product themselves. Maybe because of my name and all the confusion it has generated though all of my life, is the reason I don't care about names.
Godaddy will always be -for me at least- a silly name for a company that became a big one. So anything goes ...
It will also depend on your funds and leverage. The name iPhone, belongs to Cisco systems, not Apple. Apple went ahead and used it anyways and later it reached an agreement with Cisco. Naturally, we don't have Apple's leverage.
Cheers!

Max,
We always procure .com, .net and .org whenever possible, mostly just for defensive purposes. Last thing you need is to have someone take a domain similar to yours and use it to compete against you (or try to sell it to you and an inflated price).
I've seen the longer domains but they don't seem popular enough yet that I feel we have to purchase them for anything beyond defensive purposes.
Seen a lot of the use of the .co domains recently, and a few clients use them. One is using it in their primary domain, a few others are using it in their email addresses to keep them as short as possible.
Anything less than a .com for a for profit and .org for a nonprofits relegates the organization to second class status. The other domains (even .net, in many instances) still feel like the second tier org that arrived late to the party.
Cheers,
Patrick 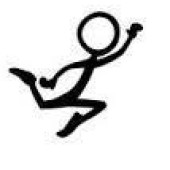 Hey Patrick - whats your take on alternative extensions like
.net
.org
.biz
and saw there are a bunch now like
.agency
.consulting
.enterprises
I recently just saw .co on a signature picker and thought for sure they let off the 'm' that has got to be the worst extension ever.