1. Don't Judge Too Quickly
What I have discovered lately is that I am being contacted quite a bit to consider joining as a Tech co-founder. What is happening fairly early on though is that I am being compared to their "previous tech co-founder" and that failure and or success is be juxtaposed onto me. I am not saying that we should not learn from our mistakes, however I would suggest giving each new tech co-founder the same chance as you'd expect yourself and judge each one separately.

2. Don't try and access their tech skills if you have none :)
I would say start with a small piece of functionality for the potential co-founder to collaborate on and see how that goes from a relationship standpoint and what is delivered from it via the output of something tangible. If you have someone that can help access their skills then, by all means, have them look at the potential tech co-founders past code. A lot of developers though won't and sometimes can't just give you past code. For example, I have worked for Turner.com, AutoTrader.com, ADP.com, etc and can't just fork over sample code from them. When trying to partner for sweat equity alone remember that the developers time figuring out your business and where to enhance/write code is work in itself and don't discount that initial phase.

3. Think through reality of partnership
In the beginning a tech co-founder will put in a lot of time and effort to develop the MVP and or beta product for launch. After that you may hire staff to build out or continue the work. Don't view the initial work as just development. I have found that there is a lot of discovery, architecture and complex problem solving that is not just coding. A lot of developer I know also have great ideas and very valuable insight into growing business' as they have worked for multi-million dollar and sometimes billion dollar business' on their main products. I have worked for 15 year for many top companies and have learned a great deal more than programming to bring to a start-up. So let the tech co-founder contribute in other ways than just coding if they display that skill/gift. Developers are not just coders just like you are not just a business person. We are founders and business leaders.

@Kent great post. Says things that many really need to hear and listen to. One thing to add -- at the beginning, as you say, tech cofounder ends up doing tons of work. I think there's a fear, in the back of the mind of any TCF (tech co-cofounder) that they will labor for 3 months.... and then the product will release.... and nothing will happen. There is a sense that the tech investment is early, esp in ventures when a prototype is needed to vet the basic business proposition. I keep hearing "come be my TCF, build my product for me, and my business will take off my idea is so good".
A non-tech would be wise to demonstrate that they can execute, not just in talk and hype but in real ways. Bringing in money is one great way to show a TCF you can do things. Building an audience for that prototype and iterating, another. Us TCFs have a fear that we are doing all the real work. Show us the work that you're doing, and we'll be more willing to join. If you're saying "I can't do real work without my prototype" then try harder to be resourceful.

Some more things to think about:
There is a transition after the tech co-founder finishes the MVP and/or beta launch when it's go time for the business partner. So while developers do a ton of work in the beginning, the business partner should be doing the ground work to help the launch go smoothly. The business partner may be doing a ton of work in this phase. Neither partner can look at the other and keep score on who contributes what as we all have different skillsets and both are equally important. If the tech co-founder gets you the MVP and beta launch and that's all he contributes, is it worth it? Absolutely, because most startups can't even get to that goal and that is a huge milestone. What if your business idea is not really tech related but needs a web application built? After its built, much will not be needed from the tech co-founder. Is it worth it to bring them in just for that? Absolutely just like its worth paying a Dr $20,000 for an hour of his time for a surgery because he has worked for years to be able to perform and execute like a champ for that hour.
In regards to long term growth of the tech founder and the company just know that after the heavy development lifting is done up front for the MVP and beta launch there may not be a lot of coding left for the tech co-founder. I would say that the other partner/partners should be ready for a the transition period. What does that look like? The tech co-founder can then enter a role of leading and building out the development team with funding and or bootstrapped investment money or may move into a different executive role altogether.
The MVP or beta product should prove out the business model and real potential of the company. There may be a pivot on the business idea based on customer feedback. Based on where the company goes from this point can determine the path of the partners. The tech co-founder may now become the head of R&D or just lead out the development team. They may also be the growth hack expert you need. What I am saying is that the tech co-founder is usually much more than just a coder. If you just want a coder to knock out an MVP then hire a consultant or team to do that, else be prepared to grow with the tech co-founder.

I have two medical sites that are functional, www.mycancerdoctors.com and www.thetumorboard.org . Would be interesting in speaking with you regarding partnering. Bob 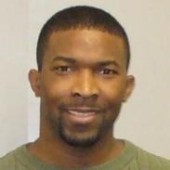 I just wanted to second the point about forking over corporate code. No way - no how is that code going to be shared. So what are we left with? Engineers who've worked in the (non-startup) corporate world for a while often gain the competence to build robust, standards-compliant code that's well architected and well documented. They typically work 50+ full-time hours and thus have little time/patience to populate a git portfolio with code from their side project(s) - and if they do, it's probably not implemented with the same adherence to standards and rigour. I mean who wants to design and code to those same levels in their off hours?

Beyond that, I agree with almost everything else said... except for the smelly clothes. Dirty maybe - if the deadline is looming, but you gotta draw the line somewhere :-)

@Kerry. I Hear you. We have a cleaning crew every Friday. I am ok with MESSY, as I am messy too (we make wearable tech there is fabric and materials all over the place in a fast paced moment).

I think this more about knowing the other people care about sharing the little things that can wear us down when there is little money to do have others do it for us. For example, I have to do all the bookeeping, receipts & paychecks. I absolutely hate hate doing this but don't have the $$ to pay for an acct. and know it needs to be done and it helps me understand the cost of our business. Just get-r-done.

I look to share a company with others who are willing to stick it out and do the grunt work when necessary and not have to be asked to do it most of the time.

I find this needs to be brought up early and I am always looking for ways to articulate it better.

@Alison. Not that I am Not (sorry for the double negative) sympathetic to your point, I hired a tech contractor once that brought absolutely no value AND left several weeks of dirty paper plates from evening meals IN HIS DESK when we fired him after only a month or two. But if the guy is so key to a startup and he has some quirks, seems to me your are better off paying $100 a week to have a janitor come in and office dry cleaning done for him. God knows the sales guy is gonna waste much more on a last minute flight to who knows where.
But leaving tech stuff all over, and having a messy desk (and running sentences much longer than you should to make a point), is fairly common in a small start up. Ideas are simply moving too fast and messy just comes with the territory. I wouldn't advise cleaning up his tech stuff unless it is just test equipment left laying around. Tell the guy that every friday a dry cleaning service will be picking up clothes and returning them on Monday (I worked for a couple of companies that had that service even 20 years ago).

Great points brought here.
I saw these issues over and over at high tech companies, when we launched new products. To me, the key to success in any business is the clear and respectful communication about what you are doing, why, what changes need to happen and why.  It is crucial to be in the same page about the vision, and execution plan, and to be honest about the response to your product and how you can change such response.  For example: after developing the prototype: why isn't the customer reaction as expected, get the new customers, figure out solutions to the problem.  This is assuming that the groundwork is set-up, from a tech perspective is the architecture, and basic functioning prototype. From a business perspective is having a canvas, and validating the ideas initially with some customers.
Constant communicating and prioritization of these issues, is extremely important, because it exposes how well you can work with the other person.  I myself, have some issues with engineering firms that are consultants, because they don't wrap their head around your problem, but instead want you to line-up all solutions, and they execute.  However, in developing the right MVP, you need to constantly change the solutions (features, or messages) and you want the TCF to be in-line with that concept.
I am looking for a tech cofounder. The mission of my company is to make event planning easier and more efficient. It is a consumer solution (my expertise from PayPal and Google) to use technology for key processes that are mostly manual, and highly inefficient.
Please send me a message, If you are interested in talking to me.

I really like Kent's thoughts. Now many developers are both tech-savvy n business-savvy. Also have a good insight in monetizing a business. 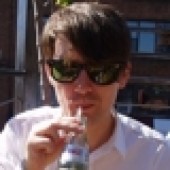 Something that really impressed me about my non-tech co-founder was that he could already demonstrate the business model without any tech whatsoever. He had the business going using nothing but a landing page and a spreadsheet.
It just felt inevitable that this business was going to succeed - and I needed to get on board the rocket ship.