Which do you prefer to be called: software engineer vs. web developer?

The titles  ‘web developer’ and ‘software engineer’ are often used interchangeably even though there is technically a difference in definition. Interested to hear from engineers if they have a preference or care at all about what they are called?

It sounds like you believe that the entire universe of software development involves web-related technologies. Not too helpful for people who do embedded real-time process-control stuff, like aircraft systems, eh?

I dare say that even the term "coder" represents a specialty -- someone who takes a design and writes code to implement it. Unfortunately, I see it used synonomously with "Software developer" these days, as if there's not much to the field of software engineering other than taking some chicken scratch from a napkin and reducing it to lines of code in python or ruby.

If it was that simple, they wouldn't have 4-year college degrees, Masters Degrees, and PhDs in the field.

I'm sorry but anyone that is making a distinction in skill level or seniority between these titles is wrong. Perhaps this is a cultural bias on their part, but IMO it's important to take words at face value. 'Web Development' is a subset of 'Software Development,' just as 'Mobile App Development' or 'Embedded Software Development' are subsets of it as well. A software's platform should not be the sole determiner of how complex or difficult the problems being solved on it are. If it were, though, the web is one of the more complex and difficult mediums to develop for as the developer has far less control over the device and manner of consumption than other environments.
Software development for web-based applications is absolutely not somehow lesser than non-web-based software. Other (but not all) subsets of software require user interfaces just as web-based applications require HTML & CSS. Yes, HTML is of course not very difficult to master. I would not necessarily rank CSS as easy to master, and to claim client-side Javascript is easy to master is sheer ignorance. And that's just frontend.
Now bring PHP, Ruby, Python, Java, etc into the mix. PHP gets picked on because it has a very low barrier to entry / learning curve, but that doesn't mean there aren't world-class frameworks and whole armies of *very* experienced and skillful senior software engineers that use it. PHP was made for the web and so may be more associated with 'web development,' but the others are also used in that context. And when they are used in that context, they are not automatically simpler or more fit for more junior developers. That's just nonsense.
Now I know that there are some programming language snobs that think 'Software Engineers' use "real" programming languages, whereas 'Web Developers' use inferior languages, but frankly those are the kind of people you don't want to work with or listen to. Javascript proficiency, for example, is one of the most sought after skillset in programming right now. It was created for the web and has been so successful that it has been retooled for other purposes altogether.
I introduce myself as a 'Web Developer.' I love the web and it accurately describes my focus under the umbrella of software development, My experience runs the gamut between frontend development to backend API development to web application devops. Over the course of my career I've had titles all over the map: UI Developer, Frontend Developer, Web Developer, Software Engineer, Senior Software Engineer, and even just Lead Developer, etc. The title is meaningless; what matters is what you do.
Some people get caught up in thinking that 'Software Engineer' sounds more legit than other titles for some reason. I get that the word 'engineer' sounds impressive, but it's all smoke and mirrors and should be seen as such. The truth is that title is extremely broad and encompasses a plethora of specializations. It's like being more impressed with someone being called an 'Attorney' than being specifically called a 'Divorce Lawyer'. Both are lawyers; the former may sound more formal and encompasses many specialties, but a 'Divorce Lawyer' is no less a lawyer than any other attorney.
So to answer your question: I prefer whichever title suits me for a given purpose. If someone asked all software engineers to raise their hand, I would undoubtedly raise my hand. But since everyone is familiar with the web, I find it easy to describe the work I do as web development to people I meet because it conveys my specialty within the realm of software development; I'm the guy that makes the websites you use work.

Titles....
To some extent they're irrelevant :-)
Cheers! 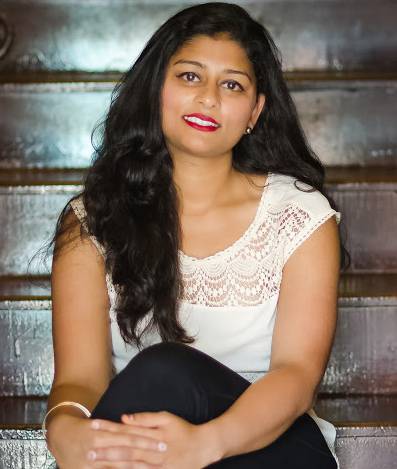 shilpi gupta I love building products that can scale.

I would prefer being called as software engineer or software developer. Web developer narrows the scope and i believe if your basics are solid, you can work at different layers of the tech stack - ui/backend application layer/system layer.

I personally don't care, specially if the person using the term does not understand the difference. They could call me "the computer guy" and I'd be happy with that too.

To me, if you want to get specific about what a computer professional can and cannot do, then you need to go beyond the title and see exactly what they are versed in. Titles are very often out of sync with what the professional actually does anyway. Woe be to him or her who comes to any sort of conclusion about someone based on a job title, specially in a field as varied as tech.

What is the issue here?

from the name of your company - and its infringement on a copyrighted name (go look up what happened to the original D&D developers for using the term "hobbit"), I get the feeling that you are putting the cart before the startup horse.   In a startup the only reason for this question is if you are looking to hire a developer.

And in a startup - titles only matter roughly.

yes - it makes a big difference. it's all about the type of software you are developing. for example, if you are developing trading applications that run as services with an ecosystem, and have no single front end, this is a large difference from what web-developers do.

web developers are a specialization of software developers that deal with the front end (web-page), mobile presentation, and deploy services into containers (such as jee containers)... they are commonly concerned with LAMP development, while general software engineers won't even look at apache or PHP...

obviously - there are a lot of different kind of software engineers and web developers, I just threw in some examples to help clarify the case.

Since I do much much more than just web development I'm a software engineer (software architect really).  I'm honestly not sure what a web developer is...just writing html our css isn't development in my mind and if you're working in a programming (as opposed to markup) language to create software then you're somewhere on the spectrum of software developers.

To my way of thinking there is quiet a difference in the terms. A Software Engineer is someone who is capable of performing a wide range of software development tasks. Be they embedded development, OS level work, networking protocol development, etc. A web developer is someone who works with web based technologies. The former is considerably more varied and versatile than the latter.

I prefer software developer.
Web developer makes me think of someone who can whip up a nice brochure site but couldn't explain the difference between and inner and outer join and has never written a console app.
"Engineer" is the favored designation these days, but I personally have a hard time calling myself that out loud. The analogy is not empty, but it feels pretentious. Architect is closer, but unfortunately that's come to mean a person who got tired of coding and wants a raise without having to fire people and do performance reviews.
If you're the one doing the hiring, I would follow the trend and use the more flattering software engineer. You don't want your positions to sound ghetto in comparison with others bidding for them.