Why are people so fearful about their ideas being stolen?

People are coming up with new ideas everyday and yet, many are so scared of someone from somewhere stealing their business idea. There are hardly any evidence that supports this fear, so the question leaves us thinking, why does the fear still exist? 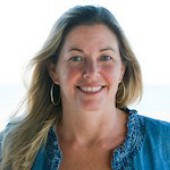 “Good writers borrow, great writers steal.” - Oscar Wilde
I think there is a scarcity mentality and business owners forget that someone isn't buying ONLY your process, they are buying you. If you don't have a strong brand, then it makes sense that you would be overly protective of your process as it is the only thing you have to sell.

Taking an idea all the way to a product is really quite hard, and the idea alone is rarely worth much. Until you've actually tried to get people to use it and gone through real customer development you'll have no idea what a market product would even look like.
I'm sure there are cases where an idea could get 'stolen', like Jonathan mentions, but this has to be pretty rare as it means the idea alone is worth taking with nothing else.
What you have to ask is whether you can take the idea to a real product in the first place. Are you a domain expert or able to get the domain experts to make it real? Otherwise it's more like armchair quarterbacking a startup.
-Brent

Ideas are like falling in love. You know other people have done it...but you believe your "idea" is special and rare and unique in a way no one else could possibly understand. Fear of having your "love" stolen is really a fear of having it exposed and judged by others; and perhaps less special. Ideas are intimate and make us vulnerable.

Some of the most frequent questions I get asked from investors is, "what is your secret sauce"" or similarly "what is to stop someone else from doing this?"   There's a reason these questions get asked is because ideas are stolen and exploited.
I would differ with you Katie, as there is plenty of evidence to support good ideas are stolen...leaving inventors/innovators in the dust.  One example, several years ago, there was an NPR story about an inventor(with an issued patent) who went to a very large mass merchant with an idea and prototype.  They showed the product and left.  Several months later, the product was copied and mass produced by the retailer, making a very nice profit with nothing going to the inventor.  Only because the person obtained patent insurance, were they able to seek legal action and won.  It may be more common than you think....only just not publicized or they're settled with confidential Agreements.
Inventors/innovators need to protect their ideas in order to benefit from the hard work and effort for achieving success.

Actually, it does happen. I mean I don't know a study I could link you to, but I know folks whose ideas have been stolen and folks who have stolen ideas. The thing is, though, [IMHO] an idea is simply an idea and does not belong to anyone--what belongs to you is the execution of your idea. I think where the fear comes from is when you're confident you're on your way to executing on your idea and someone "steals" it. For example, many VCs will tell you that they don't sign NDAs (very understandable) and that they won't "steal" your ideas when that isn't necessarily true. I'm aware of cases where a VC heard an idea and saw the potential but didn't quite like the founders, so they turned them down, grabbed some ex-Googlers, ex-PayPals, et cetera, and went to work. Of course when you hear about things like this, you'll be worried about that happening to you. The way I see it is that every founder should at least have a high-level pitch for their ideas if they're afraid of getting their ideas stolen--don't tell anyone your "secret sauce". And make sure you only approach potential advisors and investors who have reputations to protect, keeping them from doing sketchy things (side note: this is why I don't like the idea of putting key differentiators and "secret sauce" info on AngelList--all accredited investors can see them).

One other comment...protecting IP via patents/trademarks is only as good as your ability AND funds allow. Pursuing legal action against a large company with deep pockets can be just as deadly as the infringement itself. Of course, if your legal counsel pursues these on a contingent basis then it is a matter of economic damage to future cash flow versus the distraction of resources necessary to support the lawsuit.
Being right does not necessarily mean you do anything..sometimes real world limitations come into play.
Chris

If anyone is lacking any ideas, I am happy to provide my list. No cost, no obligation. I do not have time to work on all the ideas I come up with, and would rather see someone turn them into a product - even if there is no monetary benefit to me. BTW - I have made this offer many times - so far, not a single person has taken me up on the offer. If I was an economist, I would conclude that my ideas have zero economic value.

In my experience ideas are a dime a dozen. The formula for success is 1% idea 99% execution. You learn a great deal more by sharing your idea with smart people than by trying to protect it.

No reputable VC will "steal" your idea because Silicon Valley is a small gossipy place and new founders will not go somewhere that gets a rap for appropriating a great idea from someone else. Everyone has a horror story of "I knew this guy who was the first one..." Just ask the founders of "Friendster" or "Myspace." It should be noted that a microscopic percentage of new entrepreneurs ever receive venture financing. Common sense dictates one should be judicious in who they share any information with; again...exposing your idea is a very personal process. But don't kid yourself that patents or other forms of "protection" are more important than putting yourself out there. An earlier comment talked about the importance of executing and I agree.

Jonathan Barronville I do not dispute a single thing you say. Undoubtedly all true and correct. I have worked in industry *and* start-ups for many years. I am an old guy, but one who does a pretty good job of staying current and relevant. I have listened to superiors present my ideas as their own since I worked as a dish-washer in high school. The experience of people "adopting" other people's good ideas won't change with technology. If you own a proprietary piece of anything; code, family Barbecue recipe, fail-safe way to alleviate global warming...and you have the passion, drive and wherewithal to bring that to the world you have a chance as good as any; but focusing on "protecting" what you know or think to be "yours" is rarely the important part of the story in my humble experience.