I know investors look for "team", but if the expertise and skills I need outside of my experience and time constraints can be outsourced, freelanced, and paid for, why wouldn't I keep more equity for myself and potential investors?

The short answer is that the statistics is clear - outsourcing significantly decreases the chances for success as compared to a dedicated team.
Why this is so is not entirely understood, but the most oft cited reason is simply that freelancers and even full-time employees with high salaries can never be motivated enough to see the project succeed, because they are being paid by the hour, or for meeting predefined milestones, or for some other meaningless (for a startup) metric.
Why is motivation so important? Because creating a new product for an unknown market requires creative thinking, deep understanding of the task and the goals, working unusual hours, and many other difficult tasks that no salary can induce or compensate for. A freelancer will only do the minimum of what you ask of him, which won't be enough because you probably don't know yourself what you need. On top of that, a freelancer will quit as soon as he finds a better deal elsewhere, leaving you out to dry. Don't expect the next freelancer continue from the same point as if nothing happened - no, you'll probably have to start all over again.
Company performance bonuses and stock option plans were designed specifically to solve the motivation problems, but they still pale in comparison to the hefty equity share.
In any case, outsourcing is expensive. I've seen people paying tens of thousands of dollars just to get a prototype (that no one wanted to use), whereas a technical co-founder would do the work "for free". Same is true for a bizdev co-founder. Sure, if the product becomes a success then a co-founder becomes more expensive, but given that most products fail, if you count expectancy (especially accounting for the decreased success chances with outsourcing) then a co-founder is much cheaper on average. And investors have done the math.
And finally, working on a project alone can be unbelievably lonely, and no one can alleviate the loneliness as well as a co-founder can. Neither employees, not investors, nor clients, no one. One reason that one-person teams fail more often (outsourcing or not) is because the founder has no strength left to continue, and no moral support to get that strength from.

It is said, always surround yourself with people smarter than yourself.

Historically, the reason you gave ownership to early employees is that new businesses typically have a lot more stock than cash. Therefore, anyone joining early is at risk-  losing a job because a start up runs out of cash, not because ones work wasn't great-  is pretty hard duty, and founders tend to see that and compensate for it. And, with funds at the beginning limited, and needs great, it is a way of attracting top folks you cannot afford. It also helps to have a business model that people love and feel passionate about. As for motivating people with ownership-   it helps to manage people in such a way as to show you value their contribution-  you give them ownership of their jobs, control over how to get things done, even if they have no actual ownership-  and people will respond.  In your unique situation, you seem to have plenty of cash to hire quality people to do the work you need done. While you won't build a corporate culture that way, you can certainly launch a business. It's done all the time in small businesses everywhere.

I see this thread generating a lot of controversy - see the "bigger piece of smaller pie" thread too. IMO, there's nothing wrong with going solo. Most investors won't fund a solo team until it gets traction (traction forgives everything), so you need to be prepared to bootstrap. Also figure out what the scope of the startup should be, honestly assess your strengths and weaknesses, and find people to do the things you can't or shouldn't be doing. But some people feel that you should never do it alone. They probably have a point, but not everyone met Woz in a garage as a college student.

I write this to be as helpful as possible so please take it that way.  First, the only thing you talk about needing from your "team" or "cofounders"  is hard development skills. I literally just gave a talk today for Founder Institute about how the biggest part of having a cofounder is the emotional side of things. There are few things as rollercoaster-like as starting a company.  I don't care how supportive and loving your family and friends are or how awesome your advisors are it is not the same and they will never ever care as much as you or a cofounder - and they shouldn't.  You need someone(s) to be in the trenches with if you're really planning to make this a company investors would be interested in. Marita is right - they are your thought and emotional partner.
Second, a lot of people can build cool stuff. What makes your company valuable (= when investors care) is when you can actually get people to use it. And btw, they don't always use the coolest stuff.  I'm glad you've figured out the mechanical challenges but what I can guarantee is that there is HUGE body of knowledge you do not have - you don't know what you don't know.  "but the other elements like electronics, app development, firmware, and the like are all pretty commoditized these days IMO."  If that were true then teams would not matter. More importantly you didn't mention marketing/selling your product.  Investors won't care about you if you can't do that repeatedly.  And they don't expect you to do it all - because they almost no one can. It seems unlikely that the only hard thing about building your company is the thing you know. It seems more likely, that you just already understand how hard that is and maybe don't know how hard all of the other stuff is. Finally, a cofounder isn't someone you "go get" when you are raising money. It's a deep relationship and that you build up over months, do a side project together, etc.  It can't be an after thought.

Eventually, you will find that you cannot get the same sort of passion-based investment from outsourced resources as you can from your own team. It won't happen immediately, but it will over the course of the first few years. (After all, when you've hired someone to do a "project", even if it's long term, you eventually go away and you mail in a check for that project. It can be rather transactional.)

You also have to keep in mind that you're normally paying a premium (generally 2x) for outsourced services in some instances - especially if they are critical for your success/operation, or you start to need a volume of the service that you could get with your own full-time hire.

The objective is not simply to create things but to create value. As an individual, even with outsourced services you limit how much value you can create to your bandwidth and your expertise.  With a "team," you have not only get other perspectives and talents, when they are coupled with an opportunity to create value for both themselves and the company, through equity, the whole becomes greater than just the sum of the parts. Remember 100% of zero is still zero!

IMHO to incentivize and drive others to their best. A salary, contract payment, or wage doesn't do it. If you want the best from people then slice up the pie. This of course assumes that you have people you can trust. Skills notwithstanding, you don't want to give up equity to someone you don't have a strong trust-based relationship with. Regards, Sajjad Chowdhry LinkedIn | Twitter "My life is spent in one long effort to escape from the commonplaces of existence..." - Sherlock Holmes in The Red Headed League 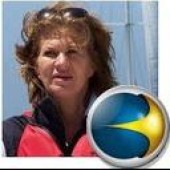 With whom do you brainstorm, who talks you out of a bad decision, and who is there to cheer you up when things go bad - who put in also new ideas? For sure good friends are always a big help, but co founders put also their heart and their money into the company and will fight with you for success.

Garrett,
You have definitely clarified the situation with your follow-on question.
Do whatever you need to, to get to "proof of concept."  To me that always means multiple customers using the product (not necessarily paying full, if any, value for it).  However, traction, is yet another story.  That means more customers, paying for and using the product as you envisioned (the old saw - "the dogs eating the dog food.").  To get there will take more than you.  But few professional investors (angels or VCs) will fund a solopreneur, with no other in house expertise.  So you either bootstrap this yourself, or you selectively bring on a team that you can incent/pay for with equity.  My initial comment still should drive the bus - you have to be creating value, otherwise, why do it.  And if you have help and they create ever more value, everybody wins!
Good luck with this!
Lonnie (Drexel grad, myself)