Would you accept this licencing agreement? What would you do?

I am a very small, bootstrapped company that manufactures a consumer product called Lava Lunch- it is essentially an insulated lunch box that comes with two warmers that keep the food warm for several hours. I have an opportunity to license the product to a larger player in the field. This company is one of the three largest in the lunch box/cooler space.

Initially we had a verbal agreement where they would license the entire product (lunch box + warmers). However, now they want the contract to cover the warmers alone. Of course, (and this is my assumption) their thinking is that they already now how to make totes and don't need me for that. My thinking is that they will sell many hundred of thousands of additional units due to the inclusion of my warmers, and so royalties should be based on the entire unit.

If we proceed as their current proposal, my royalties would be less than half of what was initially thought.

So, I guess my question is: Is my thinking reasonable? And if so, how do you recommend proceeding?

Any advice is welcome. 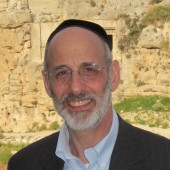 It sounds like the negotiations started with you proposing a licensing fee based on their using your entire design, which they verbally agreed to. It seems they then came back and said, we don't need all of it, only the piece that makes this different. And because we're not taking all of it, we'll cut the licensing fee in half.

Close? It sounds like a negotiation. Was the initial amount your best offer? If not, now's the time to come back with a counterproposal. Of course, until you have an agreement in writing, there's always the risk they'll completely change their minds and walk away. Are you in discussions with the other competitors (assuming you haven't waived that right as part of the conversation)?

The question isn't so much what's fair as it is what makes business sense for you. What's your base price that you're willing to accept, and if you can't get that, are you ready to walk out the door? It seems to me that once you've established that, you can respond.

Always helpful to negotiate these things with licensing experts...

Know where you stand in terms of strength. If you have a granted patent, that is much stronger than a pending patent that may or may not get granted. If you have access to committed funding to build it yourself, you are in a stronger position than if you don't. If you have actual commitments from other vendors, you are in a stronger position than if you don't.
You evidently have a strong idea that is worth something. And based on what you have told us, your idea is strongest in a subset of the solution rather than the whole solution.
Business is like fishing. Is it fair that the fish stole the bait and left you with nothing?
I painfully lost a big deal that would have launched a nice business because I kept negotiating what I thought was fair and the other party lost interest and I had no strong alternatives. I ended up with nothing. It happens all the time in business.
I can't give you a recommendation, because I know only what little you have told us, but my initial thought is to take the base hit, license the warmers, call it a win and work on your next million dollar idea.

Melissa, this is the stuff that keeps us up at night... deal negotiation is always fluid. First i would say find someone experienced in licensing negotiations, especially where IP is involved, to help you with this. If this is your first rodeo negotiating such a deal you don't want to learn the hard way.  It's hard to give good advice with limited facts - what does your pending patent cover? is it a design patent or utility? Are you discussing an exclusive license or non-exclusive, etc.   But based on what we do know, the fact that you have a second interested party helps a lot. Not only does one company want what you have, but they want their competition to not get what you have.  Your pending patent may never issue or it may issue with watered-down claims such that it has no teeth, but no one knows that at this point.  Use that to your advantage.  since your patent application is published then both companies already know the 'secret sauce' of your pending patent. The game they have to play is this:  if your pending patent is well written with strong claims (big IF) and it is eventually granted then what?  maybe you license or sell it to their competitor... then what? Again, without knowing all the details i can't say whether or not you should take the deal the fist company if offering and as a disinterested 3rd party i don't have nearly the skin in the game that you do. that said, i would suggest that you leverage their fear of the unknown - i.e. the 'what ifs' i noted above.  I would balance that with the understanding that if you try to push them too far they could put effort/money into trying to invalidate your patent and then you have far less leverage. They know you are small and have few resources, but they also know that their competitors could provide the resources to put them at a market disadvantage if you get a strong patent and sell it or exclusively license it to their competitor(s). As a side note i would advise you to keep at least one continuation pending in the patent office if possible - this can often significantly increase the value of your patents (something to ask your patent attorney). Also, use the presence of the two competitors to create a sense of urgency - don't let these negotiations drag on too long... deals can fall through for an infinite number of reasons so create some urgency and close a deal. good luck.

Your position is reasonable, but you need to protect your product as an IP right and license it that way. Have them recognize your rights in writing as a license so you have something to enforce in case they walk. Also spell out royalty amount and period of license. Good luck. Will Z Sent from my iPhone

I concur with the advice and comments above. To reiterate a point, I would make sure that you have an attorney that understands licensing and protecting IP rights.  I happen to practice in both of those areas, BUT, I'm happy to help find you an attorney in your area.  Also, I'm happy to talk with you pro bono and give you my 2 cents.  Feel free to email or call:  jimfalvey@yahoo.com or 312-404-5839.  Good luck!

Key question is what is the basis for the license.  Does your patent cover something as broad as integration of warmers with lunch tote? If so, then you can certainly say they need to license the total design and need your IP to do the integration.
Or say it's a proprietary design for the heaters themselves, then you need to establish how the valuation of the heating element alone will be set for the royalty.  For example, if they sell a standard tote for $14 and a heated tote for $20, someone will argue that the value of the heater is only the $6, so the cut may be even deeper than you're estimating.  I have seen companies do amazing things to avoid royalty payments, including raising the price of the "core" product and "giving away" the licensed piece, driving the royalty to zero.
Expect this to be the first of many "cuts" the company will make and keep other negotiations rolling. Make sure you have a term sheet in writing (and I often document with comments where concessions have been made and why).
Do you have a strong internal champion?  What happens every time he/she talks about the deal internally, someone will bring up another point ("what if...", "... but shouldn't we only pay for..."). The more you can do to get their input on the table before making concessions in a piecemeal way, the better of a deal you can negotiate.
Good luck, and looking forward to seeing a product on the shelves. Sounds like a great idea.

Sometimes, it makes sense to pay a licensing fee for a small part of something. In this case, your IP is the entire thing-  and is the reason for purchase. I believe you are licensing the lunchbox, with the tech-    and not just licensing a plate warmer.

Roger Ellman No normal phrase, not the dull - that's funny?

All these decisions are part practical and financial reward and part emotional. Whether you decide or try to make it purely about the financial return or about getting a good thing into the hands of customers (making their lives better)... the thing is, are you longing to grow/find the market and make a product yourself, or do you want to get some payout and be sure (almost) to see the product in consumer's hands. If you are assured a certain return financially, and can be pleased with that, and you feel comfortable with checking that idea oof your list and going onto the next (as Mark Travis so wisely suggests) then the decision becomes easy. I do think that a licencing deal for a good product needs a payment other than relying on sale by another corporation for the first cent, too many times a company shelves the roll-out of a licensed product or idea for all sorts of reasons.  That's my off the top of my head ramble on this. Best wishes and great success with this and future concepts.

Is your product patented and/or do you have a non-disclosure/non-compete with the larger company? The answers to that affect how much leverage you might have.
I'd suggest attempting to negotiate a higher royalty rate for the warmers alone with the logic behind that being that you had negotiated initially under the assumption that the deal covered both products.