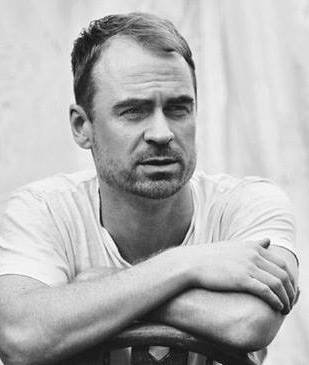 Entrepreneur and life-hacker. I spent the first half of my twenties pursuing a career in creative advertising (getting paid to come up with ideas), the second half of my twenties building a men's life coaching company (teaching men how to be more effective in their social interactions), and wrote a book about sex and dating in my early thirties.

I am now building the Republic of Kingsilver: a decentralized virtual nation-state and borderless economy powered by a stable 'crypto-alloy' currency (backed by real precious metals), built from the ground up on blockchain architecture.

More info can be found over at www.kingsilver.com where you can download the whitepaper draft.

My goal? To safeguard the values of liberty and democracy in a hyper-connected digital world run by monopolies that may one day own and control your identity, your data and the power of your speech.

Such an ambitious idea is bigger than one man—I'm going to need help from the world's smartest people. If you're a potential advisor, investor or developer, I would love to hear from you.

Until one is committed, there is hesitancy, the chance to draw back, always ineffectiveness. Concerning all acts of initiative and creation, there is one elementary truth the ignorance of which kills countless ideas and splendid plans: that the moment one definitely commits oneself, then providence moves too. All sorts of things occur to help one that would never otherwise have occurred. A whole stream of events issues from the decision, raising in one's favour all manner of unforeseen incidents, meetings and material assistance which no man could have dreamed would have come his way. Whatever you can do or dream you can, begin it. Boldness has genius, power and magic in it. Begin it now. - Johann Wolfgang von Goethe

The mission at Lifeloaded was to develop groundbreaking self-development online courses and live workshops for both men and women that resulted in radical life transformation. Starting with the men's niche (which is where I have the most experience) I produced a book called Red Knight that delved into the psychology of sexual attraction, and then an online video course called The Warrior She Wants, which decoded the psychology of the "warrior archetype" so that any man could awaken that aspect of himself in order to better serve the women in their lives. It was in June 2017, soon after completing the Warrior She Wants course, that I first had the idea that would later develop into The Republic of Kingsilver.

Inspired by the positive impact on clients I had witnessed at the previous coaching company where I worked as Lead Designer, and based on my experience undergoing my own transformation in confidence, I acted upon a gap in the market I had identified and began my own self-development company that specialised in coaching shy men through their dating fears by teaching them how to approach women during the daytime. What began with small monthly workshops in London, grow into an international operation with a team of instructors running live events and workshops in cities around the world. In June 2015 I decided to move on from this business, selling my majority share to my top Executive Instructor.

PUA Training produces books, online courses and, at the time, ran international live events, that taught dating advice to men. I started as a part-time web designer but went on to work full-time, and take responsibility for all website, product and marketing design. I eventually began helping out with live workshops and private coaching clients.

I worked for one month at Langland—an advertising agency that specialises in the drugs and medicine industry. From day one I was thrown into the deep end and challenged with creative advertising campaigns for a number of different pharmaceutical drugs. True story: my first ever campaign was a drug that stops diarrhoea. By the end of the work placement, I could spell that word.

Dreamlogo was the first company I started. Frustrated with seeing the terrible logos my friends where paying for I decided to leverage my experience as a freelance logo/identity designer to create a process by which entrepreneurs could be guaranteed a great logo without having to spend agency prices. After a year and a half of trying to make the businesses work, with a project manager and a small team of freelance logo designers employed, I decided to close the business down. The 'cheap logo' market was being dominated by elance.com and fiverr.com, and it became too hard to make the business profitable. My first time hiring people, managing projects, trying to acquire customers and then keeping those customers happy was an incredibly valuable learning experience.

My creative partner (copywriter) and I worked at Ogilvy in London on a work placement for a period of one month where we worked primarily on the Ford account under the Creative Director in charge of the Ford account. One of our ideas for a national campaign TV campaign was approved by the Creator Director but was ultimately rejected by the client. Overall, it was an exciting experience working on an international brand alongside very talented creative people.