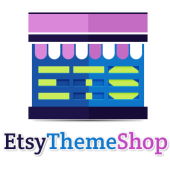 Hybrid Studio produces high-quality Flash and Ajax websites primarily for the movie industry. Clients include Disney, Lionsgate, Fox, and Warner Bros. My day-to-day work encompassed client-side Javascript, Actionscript, HTML&CSS and server-side PHP/MySQL, Python development, as well as basic Linux and Windows IIS webserver administration.
Xtreme Desktops provides interactive desktop wallpapers. Each desktop has a specific theme and runs as a Flash file on the desktop to present a playful environment to the user. My initial contract tasked me with developing a Mac OS X version of their popular software using Objective-C, and upon completion I began work on their desktops using Actionscript. This included UI and navigation elements, core functionality that was shared between desktops, and their backend tracking system.

The Visionaire Group became the umbrella company for the merging of Hybrid Studio and Xtreme Desktops in early 2007. I’ve continued developing quality object-oriented software for websites and widgets, including the architecture and production of both the frontend and backend of a high-traffic website promoting The Jonas Brothers (www.jonasphotomosaic.com) as well as the full backend and frontend of a custom Newsletter system developed for Lionsgate with a userbase of 500,000+ peo- ple (demo available on request). Many projects included integration with social media: Facebook, Twitter, MySpace, and the like. There are endless languages, libraries, and communication glues available in the web development world. Working so often with both front and back-end technologies has continually exposed me to the available tools, allowing me to to be highly productive by selecting the right ones to use for development, debugging, and testing.