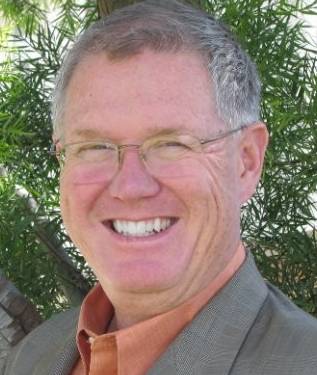 As a key operations, logistics, and supply chain professional in pure-play and multi-channel B2C and B2B start-ups and high growth environments, Craig is an expert at identifying and acting upon new opportunities, creative re-structuring, and monetizing the possible.

Early in his career leading the operational start-up of Costco.com, he learned to embrace the motto, “Adapt, Improvise, and Overcome”. Since then, Craig has brought a 360 degree, collaborative approach to leadership that embraces the reality that IT, marketing, merchandising, customer support, and finance all intersect at many levels- there can be no silos within a company that truly wishes to succeed.

“A foolish consistency is the hobgoblin of little minds, adored by little statesmen and philosophers and divines. With consistency a great soul has simply nothing to do..." - Ralph Waldo Emerson

Reporting to the CEO, Craig was brought aboard to plan and execute Coupang's first ever expansion into cross-border operations, Craig assembled a team of talented of core management (operations, purchasing, finance, HR) capable of executing the rapid launch of a California based procurement and fulfillment business exclusively for USA to S. Korea B2C (small parcel) and B2B (bulk import) logistics.

Craig led NutraClick's international expansion efforts into Canada, Australia and the UK adding almost $1MM in top line revenue in just eight months on a trajectory to reach $20MM in 2014. Adding further value outside his direct mission, Craig identified scalability issues facing NutraClick's proprietary ERP/OMS. He proposed a solution and became the executive champion behind the implementation of NetSuite ERP/OMS solutions that remains the backbone of NutraClick's operation to this day.

Reporting directly to the CEO/owner, Craig planned and led the transition from a 48K sf manual fulfillment center in Irwindale, CA to a state-of-the-art 360k sf semi-automated facility 80 miles away. He was responsible for the establishment of a new operational culture where productivity, safety, and cross-functional training became the norm. Craig was instrumental in building the current executive management team; representing the face of operations to the institutional investment community: and in leading the profitable tactical and strategic expansion efforts in support of a 56% YOY growth rate. Craig and his team were instrumental in the planning and development of warehouse automation solutions for iHerb's $5MM semi-automated facility in Southern California and their $20MM fully automated, state-of-the-art facility in Hebron, KY. He implemented the first labor management tools by identify the key operational metrics and integrating payroll data with WMS data in a separate tool his team developed. With Craig's leadership, his team recognized the need and implemented comprehensive Safety, Quality Control, FDA compliance (CGMP facility) programs that protected the company, customers, and employees from potentially catastrophic risk. Craig also identified opportunities to streamline the supply chain through the implementation of SPS Commerce EDI solution as well as migrating to a more robust NetSuite ERP for GL and financial management.

Jacuzzi is the globally recognized brand leader in the manufacture of high-quality hot tubs. Craig was initially tasked with the challenge of developing scalable distribution network capable of economically and efficiently delivering spas direct from the manufacturer to the end user's residence across the continental US. Upon achieving success, Craig was invited to join the organization and leverage this new logistics capability to broaden Jacuzzi's sales reach beyond their traditional specialty retail base. This new multi-channel model included mass channel retailers and consumer-direct sales through big-box retailers Costco and Lowe's Home Improvement Centers. In addition to establishing a successful omni-channel presence, Craig and his team established and managed all aspects of multiple nationwide, special event "road-show" teams for both Costco and Lowe's. Recognizing an opportunity to streamline Jacuzzi's aftermarket parts and accessories business, Craig successfully launched "Living the Spa Life", Jacuzzi's first B2C on-line OEM and aftermarket spa parts and accessories e-commerce website. Deploying SaaS Order Management System, Order Motion (now owned by NetSuite) and VendorNet for drop-ship order management made it easy for the limited IT resources available at the time.

Idea Forest / Joann.com was the first project fielded by Bain Consulting Group's, "Bainlab" in 1999. Joann.com led the pioneering e-commerce start-up of the nation's second largest arts-and-crafts retailer, Joann Crafts and Fabric. As Director of Operations, Craig was tasked with the development and execution of distribution, logistics, customer service solutions in a multi-channel operation. These solutions included the sourcing and deployment of an enterprise-wide Order Management System (eCommetry), Call Center Management tools (voice and live chat), and the establishment/management of multiple 3PLs. Joann.com is still the e-commerce market leader in the arts and crafts category.

In 1995, Costco wholesale embarked on an ambitious effort to open their first consumer direct sales channel named quite simply at the time, "Costco Mail Order". Costco had no previous multi-channel retail experience or resources to establish a B2C operation so Craig's success in "coloring outside the lines" at Costco earned him the nod from senior executives to spearhead the start-up of operations. From essentially a green field, Craig's role was to source, establish, and manage the distribution capabilities including identifying and implementing IT systems required to support this effort at scale (AS/400 based Order Management Systems, WMS, Automatic Call Distribution, credit card processing, reverse logistics) and then manage the astronomic growth. Offering a broad spectrum of products from cigars to cars (literally); high-end electronics to soft goods; furniture to diamonds; perishables to perfume; we handled it all in both direct and drop-ship environments. In 1998 Costco Mail Order transitioned to e-commerce only and renamed itself "Costco.com". The business went from zero sales in 1995 to the #11 position on Internet Retailer's top 500 list- with sales closing in on $6B in 2018.