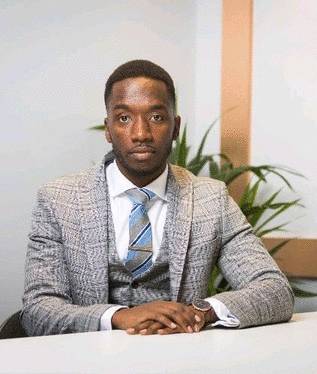 The chief executive of BCB ATM, Britain’s leading Bitcoin ATM network, was already an entrepreneur at 13 when his first business venture saw him selling confectionary and soft drinks at his secondary school. Three years later, Landry moved up a gear and began trading motorbikes and scooters on eBay.
Next came a joint venture with Ryan Andallo – still a close friend and partner, and now chief operating officer at BCB ATM – in an ambitious but successful enterprise which brought textiles and electronics into the UK from around the world and sold them via online platforms.
In 2008, after studying accounting and bookkeeping with Kaplan Financial, Landry enrolled at the London Metropolitan University to read for
a BA Honours degree in Accounting and Finance as well as running a music studio, to subsidise his studying.
After a short break Landry began apprentice work coaching children in football and other skills and
following a series of volunteer jobs working with young people, he became a bus driver for six months in order to start earning some money to support his desire to start a business in the Bitcoin sector.
It was during the long hours spent behind the wheel that he began to realise the world-changing potential of cryptocurrencies. He founded BCB- ATM in 2015, and in 2016 exchanged his TfL driver’s seat for a chief executive’s chair and a full-time job driving forward his new company.
As CEO, Landry is accountable for the company’s performance and all its operations and holds himself solely responsible for BCB’s success or failure. He leads a team of professionals who
are building and maintaining effective working relationships within the company’s nationwide network whilst assembling partners and developing strategic relationships in other European countries ahead of BCB’s impending expansion across the continent.