Has anyone come across interesting approaches to or research on retail decision-making processes? Are there conceptual frameworks to take someone through 100, 1000 or 10000 choices of highly-attributed products and do it quickly and with a high level of purchase satisfaction?
Low-level examples may be things like faceted search, collaborative filtering, decision trees... but how we buy things seems like it's a big enough issue (like a third of the global economy) that there's got to be some great higher-level thinking on the topic. 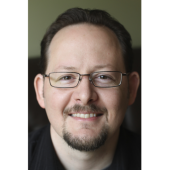 Dan Ariely's "Predictably Irrational" might be worth a look... it's not specifically a business book, but it discusses among other things how giving consumers fewer choices results in more purchases and greater satisfaction, how to best create that set of items to drive action, etc.

Hi Michael, I can tell you that purchase decisions typically don't happen like you may think. The vast majority of people are not "utility maximizing" consumers. In fact, it is often quoted that 70% of consumer decisions happen instantaneously at the store shelf. We now know that most of us make decisions based on our emotions/intuition rather than reason. We used to think that consumers think, feel then do. We now know that they feel, do, then think. There are many good books out today on consumer decision making. "Predictably Irrational" is probably the most famous. You could also research the topic of Behavior Economics. Hope this helps. David Hattenbach CEO, Hugg Technology

i like Jeb's suggestion... you need to show em a few tall, gap-toothed hillbillies, Michael!

Hi Michael,
I have been in retail for close to 20 years and echo David's comments.  One of the seminal works in the space is Why we Buy by Pablo Underhill.  Interestingly, the online world has lead to some interesting spins on retail choice/decision making.  Look at the most successful online players (Amazon, Alibaba, eBay, Wayfair) who have almost limitless choice.  The key in the online vs. offline space in my mind is very good site search/long tail SEM (check out Adchemix and recently acquired Adchemy) to get customers to a "more" relevant selection quickly.
I hope this is helpful.
George

In your specific example, an object-to-object collaborative filter will return a ranked list of "stuff you should like" provided you can give it one or more examples of something the user likes, *or* a tagged set of attributes associated with those products that the user really does require (e.g., "I only like red and fruity.")
From there, I think Ariely's work is very much on point: provide three items side-by-side to choose from, one of which is a relatively poor match to provide contrast (in this case, probably a higher-priced item), then you set the remaining two up to structure the choice such that it's an easy comparison on a single attribute ($5 price difference, from two different regions, etc.)  To my knowledge, the bulk of the research shows that consumers are more likely to make a choice if you reduce the number of apparent items as well as the number of perceived vectors they're comparing on (I believe Ariely's related example used vacation packages) so, e.g., the consumer is really just choosing whether they want a $20 Italian red and fruity wine or a $25 Argentinean red and fruity wine, because the $40 Shiraz Reserve is (purposely) too expensive. Alternatively, you might increase average purchase if your contrast item is priced lower rather than higher.
I've built somewhat similar applications at Match.com, Selloscope, and DigiWorksCorp and had a high degree of success, so if the machine learning approach isn't giving you a usable consideration set, it might be worth considering alternative methodologies.

@Jeb... that's *kind* of how it works now except we pre-define the "red and fruity" concepts because most people cannot do this very well. The app is built around Cards where each card represents some concept such as "Top 10 Values on List" or "Great Wines with Seafood" ... cards can also be customized by user (e.g., wine pairing card asks several questions before generating advice). Conceptually they just represent a query predicate but many embed processing code (e.g., the wine pairing card). Cards can also be grouped into pages to provide additional structure (e.g., a person stands in front of an iBeacon-enabled Spanish wine section of a store and we push a Spain page that contains a number of cards). Cards can also contain support/educational content, promotions, etc. It's kind of like having a web overlay onto a physical shopping experience but without the web suckiness. The punchline is that I'm trying to get users to a specific product category (cluster of attribute values) quickly because we can drop from 2,000 to 50 products if we can get them to buy into the higher-level category. But it's still 50, not 3.
Once we're down to the 50 (or 20 or 10), I like the concept you raise about comparisons although I don't know how to fulfill the role of a user agent while simultaneously hiding some products and purposefully presenting non-competitive products. It'd be like Match.com showing one good-looking guy named Joe, a good-looking billionaire guy named Joe and a gap-toothed hillbilly named Skeeter.
But I will chew on this as a bit of manipulation isn't a bad thing if it drives the user to a good decision that they're satisfied with.

interesting challenge.  seems to me that the top-level branch (or one of the top) would target how the consumer sees themselves relative to the wine-buying universe:  "select one or more of the following that best describes you and your wine buying persona...:  1. "I'm a novice/1st grader",   2) i consider myself to be c student in wine middle school,  3) I'm officially a wine snob - Ph.D - a tenured professor of all things wine...".   branch two:  "how adventurous are you on a scale of 1-10?".  Branch 3: "where do you want to go: A. "I like where i'm at, but i am interested in bargains as long as they fit within the narrow range of what i typically like to consume ... (that's where the Amazonian "others who bought this also viewed this..." comes in.) B. "i'm adventurous - help me explore...",  C: "i'm somewhere in between, but around the holidays i get more adventurous" - maybe there's an option to select "this is for me", "this is for an event", "this is for a gift" that the user can invoke at any time that would overlay their profile selections.  OR perhaps you give the user an option to randomly walk around and snap photos of bottles they like or think they may like, then have a live body build a profile for them.  Maybe you send that raw file of images to a few of your partner merchants near by (or the merchant at the specific location(s) the consumer is snapping all the photos) and they do the curation.  Maybe that's a way to have users help you recruit merchants? consumers can then rate the merchant(s) as to how well the merchant "gets me". obviously merchants, knowing they are being rated, will put more care and effort into curating selections or options for their potential customers. You could put some structure behind how the curation works so that the merchants don't ad confusion. somewhat like a 'personal shopper' for wine. Or i could be all wet and i'm talking out of my a&* as i don't know much about wine!

check out mindtools.com they have a bunch of great decision making tools and strategies that would resonate in the retail sector.

Research says that if you give people too many choices they get confused and don't buy anything. The trick is probably to present the three best choices curated from thousands. My 2 bits. -Eric Customers given too many choices are 10x less likely to buy

How people buy is heavily influenced by their personality type. I don't think we can categorize all consumers in one lump approach. Personally, I rarely make any impulse buys or emotional buys. I base everything on research. Many other people go by recommendations from friends and family. By building up profiles of the types of customer you expect for your product, you can determine rough buying approaches. But you will not be able to come up with one buying approach that will work for everyone.