How do you structure a co-founders deal in a way that protects the startup?

Specifically, in a deal with a vesting schedule over say 2-3 years, how do you protect the start up in case one of the co-founder ends up not pulling his/her weight and it is determined that it is best to let him/her go?

Incredible. I was just talking to a friend about the same thing, and seconds later I saw this discussion.
Yes, vesting is precisely the mechanism that protects the startup in case one of the founders leaves or is forced out by an absolute majority of votes (or even a special 2/3 majority). It may seem unfair, but it's probably the lesser evil.
However, if that seems too cruel, especially given a 1-year cliff with no salary, then a "buyback" (or a similar compensation) may be an option. In other words, if a founder leaves or is forced to leave, then the other founder(s) have the right to buy back the portion of his shares (at some nominal predefined price) that he was supposed to lose under the vesting schedule. The outgoing founder cannot refuse a buyback offer, but the other founder(s) are not obligated to make such an offer (or can make it later, say within a year), so he may retain all the shares after all, and if not, then at least he's compensated for his troubles.

Isn't the vesting schedule already protecting against that? You can cliff the equity for a year, but in light of everyone finally realizing that a cliff without a salary is a raw deal, you might have to pay the person during the cliff period.

> Dimitry, what you wrote is what I remember when Steve Jobs was pushed out.
> This case represents the problem. The fact that you have the votes does not mean
> the decision is correct. And the company almost failed, but when Jobs was brought
> back it flourished.
Not the most convincing example, I'm afraid.
First of all, Jobs wasn't expelled from the company. He was fired from executive positions, but kept his shares and his chairman position. Later he quit on his own, and according to interviews it was a very happy moment for him to get rid of all this burden and start a new.
Secondly, all this happened long after Apple stopped being a startup, and 5 years after IPO, so it doesn't apply to our case at all.
And finally, we don't really know what would have happened if Jobs hadn't left, but it is very possible that in such case Apple would have torn itself apart and died altogether. As one of the witnesses had put it, ousting Jobs was a bad decision, but it was better than any alternative at the time.
In any case, this way Jobs got some time off, gave us Pixar, and then returned with a whole new vision and perspective, so I don't see any downside at all.
Returning to our discussion, the ability to fire a founder is a "necessary evil", or else an otherwise promising startup is likely to die for nothing. Since it is impractical to define objective criteria for the lack of motivation in a startup (performance is unpredictable and milestones are fluid), I know of no better solution than to make such a decision subjectively, i.e. by a vote of other stakeholders. In other words, I don't know exactly how to define a bad co-founder, but I know one when I work with one long enough.
Of course, as I said before, I think it's a good idea to compensate the outgoing co-founder for his trouble, if only to avoid revenge lawsuits (or, in some cases, shootings). 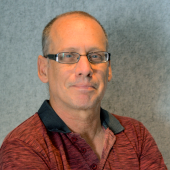 These discussions (and obviously some of the examples) seems lots like "meta" - hind-vision is 20/20 at best. Nobody can truly "define" innovation or for that matter flexibility and competitive management. It's easy to say what Walmart and FedEx did and what the success factor was. It does not seem to be helpful for the next robot entrepreneur or technologist. This issue of "who owns an idea" before it gets big is nothing short of philosophizing on alchemy or trying to compare Buddhism to an ancient Egyptian religion. There are individuals, with little or no humility, who really believe in their ability and give very little credit to building a company. Then there are others who somehow see their value in creating an idea and giving others the means and motivation to make it grow. Short of that, "get a good lawyer" (I have been told).

Ami, it is very hard to determine what one adds, their vision vs other vision of them.  Still when the company is founded it starts with something that should be sound and in the business plan concrete.  And to get financing you must have people in those functions with the things they will provide to the company.  So a measure does exist, be it inaccurate.

My best advice is do more with less cofounders. Same for hiring employees. Less is better if

the business is designed to be able to do so. So many businesses grow so fast and hire so many

layoff workers and have to spend major amount of money for compensations and other financial strings attached. So, hire with less and work smarter. Less worker means more bonuses at the end of the year or quarter. Imagine give more bonuses every quarter as business grows and profits. Employees love that. Hire only when very necessary and also current workers are more likely to stay instead of looking for jobs. Also, be able to design projects that do not need to much upgrades. This way, workers do not have to over load working at your company.

Dimitry not involve in software, computers, or electronic communication I have only the new as an information source.  So as you pointed out I did not know the full history of Jobs.  Thank you for putting the facts forward.  I was trying to use jobs as an example.   The point is that the deal that needs to be created should focus on more then just financial issues.  Why because good short term decisions can be poor long term solutions.  As an employee of corporation I have seen this often.  I can thank Harry  Stonecipher for a few.

Thanks for the contribution so far. Now to give it a more practical cut: a startup is closed to deploying a prototype which took both financial and substantial time investment from the current co founders. They are planning to add a late co founder with equity vesting on a schedule over the next 2 years. What if it doesn't work out? How do you structure the deal so that if things with the late co founder don't work out the start up is protected? Sounds like Dimitry's solution is the best. Any other ideas? 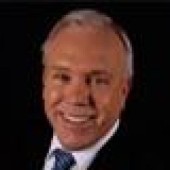 Just a quick few thoughts - I can add more if you need it.
Set Performance Expectations and establish a $ value impact for them.
Create a process for exit (while in the happy forming stages of the company)
Set the conditions of exit - in the same way.
Establish a "Performance based cutlure. Define what it means and the difference betweeen what has been done in the past versus what is needed in the present and future.
Eliminates the drama.