Is more pricing options ever a better option?

As a CEO of a startup, pricing is always at the top of my mind. I recently came across an article that was about Unify’s new pricing approach. They had changed their pricing strategy to incorporating 3 different options for their users. They did so in hopes to drive circuit adoption faster. From others experience, do more pricing options work? Why or why not? Three seems like a bit much for me, but curious to see how others feel. 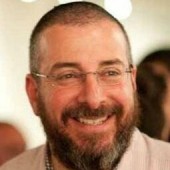 Our approach to pricing strategy is certainly to have multiple options and that the options be driven by usage-based analytics (with a suitable billing system, of course).
Besides the psychology of multiple options as others have mentioned, it's important to stand up for the value you deliver rather than look back at your cost base. The only thing your cost is good for is (a) setting a lower bound for your price, and (b) measuring the level of freemium cross-subsidisation.
Many SaaS companies don't fully understand their costs on a marginal basis, don't amortize development costs across revenue in an intelligent way, price very simplistically which can either leave money on the table, or not make space for certain market sectors.
Our view is that capturing 'usage events' intelligently into a telco-grade billing system can help deal with these issues and do 'smart' pricing and cost accounting.

The right pricing model depends on the maturity of your market and your product. When a product is brand new, multiple pricing options are usually a bad idea. They are appealing to junior marketeers who are uncertain of how to price the new product and who hope to let the market guide them, but for new purchasers they complicate the purchasing decision from a simple yes/no and can contribute to uncertainty in the purchaser who hesitates to purchase until they know how to choose. Many prospective customers get paralyzed in uncertainty and sales grow less fast than they might otherwise.

Haven't tried it myself yet, but have seen studies, expert opinions, and testimonies from CFOs that do confirm that 3 options is the best approach.
They also explain why, which is incredible. Given three options (cheap, regular, and expensive), more people will tend to choose the "regular" option no matter what the actual prices are, or how much they are actually willing to pay.
Having just one option will cause people to think it's too expensive, because they have nothing in front of them for comparison, so they instinctively compare it to 0. Not good.
Having two options, most (or almost all) people will usually go for the cheaper one. Better, but not good enough.
Adding another, ultra-expensive option will make the expensive option seem cheap by comparison, and the cheapest one will now feel too cheap, moving the "regular" option to the center of attention. Therefore, it is recommended to create an artificial ultra-expensive option that no one will dare to use (so it doesn't cost you anything), to increase conversion.
Besides, there's something magical about number three. Not in the paranormal sense, but people are conditioned from childhood to perceive it as somehow special and complete (from Three Little Pigs to Star Wars Trilogy), and thus draws their attention.
As a bonus, here's a trick I heard from a CFO who actually ran an A/B test on it.
If you have several pricing options, arrange them in DECREASING order, putting the most expensive ones first. For some reason this noticeably increases conversion from "cheap" to "regular". I'd surmise that people are initially so shocked by the highest price that the second option feels even cheaper by comparison than the other way around. In other words, the comparison operation is not symmetrical as far as psychology is concerned. 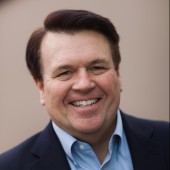 Bill, we have advised many firms on pricing strategy. If you look at successful firms in Enterprise Software today, most do offer a choice. Salesforce is the most famous for having multiple options that are attractive to buyers.
Google for Work offers two SKUs, Microsoft Office 365 offers more than five. This is a proven approach in overall go-to-market.

I would predict that eliminating the six Month option will not materially change the in app purchase rate. I predict you will have to offer something better and at the right time when the user is in the right frame of mind. this is a UX and gameification issue.

I was about to ask similar question.  We developed a free phone scam protection App with optional subscription for database updates for: 1 month, 6 months and 1 year. This is a start up with zero marketing budget. The app is well received worldwide and we see steady (but low number) installations and so are in-app purchases (about $10/month total). This cannot support our further development and improvements. My question is: If we delete the 6 months subscription and leave the two options only (1 month $0.99 and 1 year $8.99) can we expect more in-app purchases? 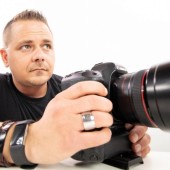 All the companies we have consulted for and launched have had success because of comments above and especially Scott's.
The first few learning curves we realized that focusing on what the market expects guides the decision more easily. I don't agree that having just 3 options is the best way. Not all products can succeed in sales this way.