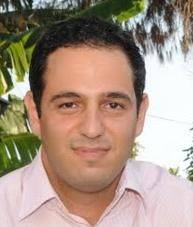 I am doing some market research and I need some simple figures, graphs and number about a specific market.

Apparently I can find plenty of information for free from Forbes type of websites. But I also came across some very expensive multiple page reports from other sources, which claim to be very comprehensive and complete. These reports range from 1,000 to 2,000 USD!

What do people usually use for their research and presentations to investors about size of the market etc?

I would steer clear of top-down analysis (market size) in a pitch. Youll do much better with a bottom-up approach to show them that the unit economics make sense, how much CAC > LTV etc. From the product demo itself, theyll be able to understand whether theres a significant need or not, and how much better you solve the problem vs. the current situation. If its not really clear in plain language that a certain group of people is large (in terms of spending power), and would benefit from solution x (putting oneself in the customers' shoes), it could be hard to get investors to bet on it.

If you can get to London The British Library subscribes to a lot of these reports and keeps paper and electronic versions in its Business section. You can;' check them out though so be prepared to spend some time there with a pen and paper. Not sure about libraries in other countries....

For connected home there is so much hype in this space that you should be able to come across basic numbers through google search - I've come across them myself.  Another angle you may want to take is what vertical within connected home (eg Lighting, blinds, etc) and then determine size of non-connected in that vertical to show the potential.
Example of a bottoms up analysis is... 150M homes in US * ~7 light bulbs each * ~3% of them will be connected * $10 per connected bulb.

for the consumer IoT there is so much hype that the numbers you can get for free are basically useless. For example. Gartner says there will be an increase of 15 billion IoT devices over the next 5 years. and lots of folks cite this in their pitch.

One way to do this is to enroll at the local Community College and get access to their library as a student.

but for the market you are looking at, the publicly available data is useless

David - for IoT  the money I suspect mostly is in the SaaS space - which is why you see AWS and Azure jumping in.  The reason is that the money in IoT comes from data analytics - and that means big compute which means Cloud.

Frankly Nicos - if you are looking at the SmartHome space - you are better off going to the track.   The space is overcrowded already and there really isn't much profit opportunity there.  If you want to know why I think that and what my background is for saying this, go check my LinkedIn profile to see what I've worked on and feel free to drop me a PM

As I mentioned previously, there is some research data on websites such as this:
http://www.businessinsider.com/internet-of-everything-2015-bi-2014-12
Should I trust this kind of data or are their estimates poor. Or maybe it does not matter so much?

Hi Nicos, Bottom up means starting with single units and extrapolating from there. Whats the all-in cost to produce one gizmo? Whats the price? Now you know the gross margin & gross profit per unit. Now what are your sales channels and whats the cost of getting 1 customer through those channels? For example, lets say youre doing internet ads, and pay $2 per click, and have a conversion rate (once they hit your website) of 1.3%, so it costs $77 per customer (to get someone to make a purchase). Ok, whats the lifetime value of the customer (how many gizmos theyll buy from x price of 1 gizmo)? That covers the variable costs side now look at the fixed costs what overheads you need to support a minimum level of production? How many gizmos do you have to sell to break even? Now youll know the cash needs to get to that point. It paints a picture of your basic viability. For each level of overhead (team & facility size) there will be a max production level too that puts a ceiling on your earnings at a particular size then you can run a step function to figure out needs for capex to grow. Hopefully you can make a nice bit of $ in absolute terms while only selling a couple thousand units then you can turn to the bigger picture I know youre looking for a study that says there are $X billion expected to be spent on connected gadgets over the next 5 years at Y rate of growth, but thats kind of BS, because it depends on the connected gadget and how cool and useful it is, the apparent market size is going to be obvious for an investor. Most men shave. Most homes have thermostats. (But wait, maybe youre making connected dog poop shovels that analyses your pet's health metrics? Interesting, but probably not a big market.) So you wow them with the demo of how cool and universally useful your product is theyve already seen they can recoup their investment on modest unit sales volume and youre off to the races Thanks, Michael

Thanks Michael but what do you mean by bottom-up analysis?
I come from an engineering background, so my marketing knowledge is a bit weak. that's what I'm here for anyway, to learn!

Then you really want to do a bottom-up analysis and amazing product demo since youre the guy inventing the future.

I've got a tangential question about IoT for you guys... is anybody aware of any market analyses regarding SaaS or BaaS as they might emerge to provide common functions to all of those "things" that are now connected?