What personal information do you need to reveal to investors during fundraising?

I'm advising a friend who is raising a seed round and she just found out she is expecting.  Her current plan is not to tell potential investors.  I've advised her that while I don't think she should lead with it, I think if conversations progress and it looks like likely they will invest that should be upfront as otherwise she'll close and end up having to tell them a week after and it will look as though she was hiding something from them. The flip side, which I realize is important, is if it were me and my wife or partner were pregnant I'm not sure it would be relevant. Curious what other people think is important to disclose?  Please keep comments amicable - she is struggling with this as well.

Probably best to lay out a game plan for company management during maternity leave, and articulate it so that you remove risk for the investors. The investors will need to get comfortable with both her as the CEO, and the person who will be managing the company in her absence. By not disclosing at all, she is very much running the risk of tarnishing relationships with the early investors.

be honest... otherwise she'll never be able to build trust

Have a plan and disclose it - it is a material event and she should disclose it with the plan and the person that will be leading the company while on maternity.

I have been working with VC funded companies for almost 15 years Ryan and I agree with you. I think it’s fine not to mention that at the front end but do believe that if the investors are interested and commence any level of DD, that she should tell them. Two thoughts come to mind: (1) candor is the preferred basis in my experience on which to start a new business relationship, and (2), the fact that your friend is struggling with this info suggests that she thinks it would be important information and in that case, not being candid about important information is asking for trouble. If the information comes out after funding closes, I think that will be a problem. Andy Agrawal 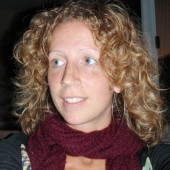 I’m curious if you all would disclose a coming child as expecting fathers.

I do not see pregnancy as being material or disclosure a matter  of integrity. If she genuinely believes that her pregnancy will not affect the business bottom line and/or impact the success of the business, she need not disclose it. Would any of you disclose  an illness, a wife being pregnant, caring for an aging parent etc. unless it impacts the business? A man would be obligated to disclose a wife's pregnancy if it would impact his business but not otherwise. Prior comments reflect a double edged sword and that it would impact potential investors. Nobody can know how a pregnancy will  impact the business except her. Every woman is different with their pregnancy, their child, their plans and their career. (For example, I started a company with three children under the age of 4 and I know others who have taken two weeks off like any other time off ). If she comes to the conclusion that it would not, then it need not be disclosed.
My advice is that she thinks through the potential impact of it on the business and if through this documented analysis it would not have an impact, there is no need for disclosure.

Irrelevant if it doesn't impact the company's odds of success. She should convince investors that this is the case. She's going to have to be more connected to work than most people are during their maternity leave though. That's just the nature of being a CEO. When my daughter was born last year, I took one week legitimately off and one week working from home. I would have loved to take more time, but the fact is that being a startup founder requires sacrifices.

Your friend should deal with this in a straight forward and open manner. She needs to 1) disclose she is pregnant 2) Communicate the impact she expects prior to the delivery of her child 3) How long she expects to take off 4) How the business will operate during her departure 5) Convincingly express she can be a mom and a CEO and how. Don L. Hawley C: 602.695.8020 donlhawley@gmail.com

Don nailed it.
If I wrote a check expecting a key member of management to be part of the team and devote their efforts to building the business and creating value for the foreseeable future and then found out they knew they were not going be part of the team or significantly constrained in their commitment I would be very unhappy.  If I were told there is a plan for a key manager not to be involved past a certain point or to substantially modify their role either temporarily or permanently I would have factored that into my decision and be OK when that change went into effect (but it may have effected my view of valuation, risk or even terms such as wanting the right to redeem some of their shares if the person did not come back to work).
I suspect an attorney would say not disclosing could be a material omission but I would use a different approach.  If you were looking to for space would it make a difference to you if the lease was for two months rather than five years and if so would you want to know?  If you were carefully interviewing nannies would it bother you to find the perfect nanny who started last week had been planning to move to Europe next month and hadn't told you?  Would you want to pay a large initiation fee for a sports club and then learn three weeks later they were shutting the facility for six months for floor to ceiling renovations?
Life happens - people get sick, spouses move, they even get pregnant.  The difference between those situations and yours is that you know and it may effect an investor's decision.
By the way:  Congratulations!

This news would encourage me to invest, as this woman now feels the importance of the future, and sees clearly that the decisions of today effects the future.
The facts have shown women lead companies perform 35% better, women invest more back into their communities impacting the future of all those around her.
In my experience investing in a working pregnant women means my investment dollars are going to work harder and longer as she prepares for her time with her child. Whether she comes back or not is not a consideration, who is hired in her steed is the only question. All companies go through change. Preparing for the change is an advantage. Great news and let's celebrate new life secures all of our futures. Have her contact me if she would like to discuss further.