What to wear to a VC meeting?

What do you recommend a tech entrepreneur in southern California wear to a meeting with potential investors? I would assume a suit, but it's tech and it's southern California (read: very relaxed). Also, when I was a stock broker, if a company's execs showed up looking to raise cash and they drove up in a limo or wore expensive watches or clothes, the assumption was that the capital was going more to their luxurious lifestyle than into the company.

Do I just do what I feel confident in?

As an investor, if you showed up in an old t-shirt and flip flops I would treat that as a lack of respect.  If you come across as too cool to care, then maybe you'll be too casual about spending my money.  Show that you recognize that this is a business meeting and that in future when you are talking to potential customers or partners you'll take it seriously.
That said, the most dressed up I ever get is a nice buttoned shirt, nicer jeans, and shoes.  That is enough on the West Coast to show that you get that it is a business meeting.  A very popular outfit that I see at my angel investor meetings where CEOs are pitching is a t-shirt with the company logo and a sports coat (jacket).  My 2 cents.

Peter Thiel is famous (infamous?) for saying he'll never invest in a CEO who wears a suit. And I've heard other investors discourage people from getting "dressed". Granted, I'm in NYC, but the uniform here seems to be chinos and a light blue shirt if you want to look like everyone else. I have a music startup so they expect us NOT to look like them (thank God). If you're in fashion, music or something creative, I would try to look the part. If you like suits, maybe skip the tie? That seems very formal these days. But most importantly, make sure you feel comfortable in whatever you wear.

who you are meeting with does not matter, don't guess. always do your homework prior.  For a startup, VC meetings are important so give the meeting the importance it deserves and do your homework.  Presumably you've already spoken to some of the CEOs of companies this firm has funded. You already know who all the principals are and their backgrounds and their investing profile and you've read every news article, interview, blog post, video, etc. about them that you can get your hands on.  Worse case, find a way to contact an admin at the firm and get their opinion.

If your primary concern is to make a good impression, dress as you would if you were meeting the CEO of the major tech company closest to your business in that region. San Diego is more laid back than Silicon Valley, and a suit up here would raise eyebrows. It is hard to go wrong with west coast business casual. Khakis or jeans and a non logo plaid or blue shirt are always safe bets. 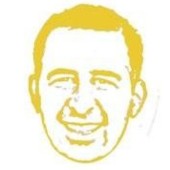 I couldn't resist adding this here:
A man receives a letter ordering him to attend the local tax office for an interview about his previous year's earnings. Unsure of what to wear, he asks his mate, who tells him to look very smart, wear a suit and a good pair of shoes to show them that he's an honest man.
Later on in the pub he meets another mate, tells him about his impending interview and that he's off to buy a good pair of shoes. But his mate disagrees, telling him he should wear old clothes, look very poor, so the taxman will feel sorry for him. By this time the man is very confused, so on the way home calls in at his cousin's house for advice.
His cousin is a wealthy businessman. "Well, my advice to you is the same as I gave my daughter, Marlene, when she asked me what she should wear on her wedding night - a long bri-nylon nightie or a short skimpy baby-doll nightie.
It doesn't matter what you wear. Either way you're going to get f*cked."
from: http://bestjokes.eu/joke/3799

I too was a stock broker and wore expensive suits.  For past 15 i've been and loving being a start up founder/ceo and have had dozens of investor meetings.. My feeling on what to wear changed over time but if you're startup is killing it, you can wear whatever you wish.  however, if its in its early stages, a sport coat, slacks, nice shoes, etc is being respective. I don't think a tie is necessary. However, i often wear jeans/sneaker/pressed dress shirt for most meetings.. maybe its being lazy or maybe i prefer to be comfortable as what's important is the content of the meeting, not so much on appearance. 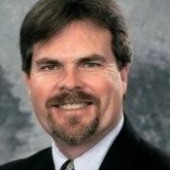 You can never go wrong with the plus 1 guideline.  If you have made the meeting stage, you will certainly have made connections with someone at the VC firm by now.  The starting guide is to ask that person what the appropriate dress is for a meeting.  He or she has an interest in you presenting yourself, just as you have an interest in being successful in the meeting.  Take that information and ratchet it up one level.  A suit may not be necessary, but you should never show up looking like you don't care.  Remember, you need them more than they you.  There are anywhere between 10 and 500 of you lined up outside the door hoping for a piece of their funding.  Dress to show respect for the people with whom you are meeting and the purpose of the meeting.

What I wear to an important interview depends on the position I'm looking for, as well as the type of people who will interview me, and the company itself.  If I'm interviewing as a truck driver, I would wear a "ready outfit," if I'm interviewing as a writer for a fashion magazine, I'd show up with a more creative and artsy flair!  Obviously, if you passed the paperwork test, and are now invited for the personal interview, I'm sure you must've liked them because they are compatible with who you are, and what skills, talents and abilities you would bring to your potential job.  So I say, intuit who you're going to be with, and wear, not only what you would be comfortable in, but also, what they would accept and appreciate about you and your personal expression.  Clothes communicate who the person is from the inside as well as the outside.  So my advice is to show some originality, as well as some conformity, which, if and when you get hired, your interview clothes will preview what you would wear while performing on the new job!  Remember the old adage, "dress for success?"  Well, it still works! :-)