Marketing and Sales are totally different disciplines.
Marketing is strategic, sales is tactical.
Getting one person who understands the dynamics of both is extremely difficult (but not impossible).

The reality is that marketing is a totally different skillset to selling; and selling is a totally different skill set to marketing.
Sales deals more in the now. Marketing deals more in a future now. And PR (typically viewed as a subset of marketing, but in reality, its own science) is way, way higher up strategically.
Marketers who are impatient, and want all of their sales right now, don’t make great marketers. Yes, they can be responsible for leads right now, but what I often see is marketers, under the hectic whip of sales, becoming simply demand generation specialists. In other words, focusing all of their day tweaking Google Adwords (I exaggerate… but only a little).
If marketers know their jobs, they know that their view is much broader, and a broader view means a longer cycle of time.
To rephrase my friend the great Al Ries, “PR lights the fire, marketing fans the flames… and sales people cook their daily bread on the flame”.
Again, sales people deal want prospects. Marketers deal with suspects, understanding that all prospects were once suspects. A great marketer is developing a plan to generate that future “now” today.
Positioning, branding, and all the related art and science of marketing is not in the purview of a typical sales executive's scope.  And the intricacies of managing a sales process is not typically in the purview of a typical marketing executive.

The key drivers for this:  complexity of the product being sold, length of sales cycle, and stage of the business.  It's at least a 3-dimensional matrix to map when an organization may actually do better with a smarketing department vs keeping those functions separate.

And, even if some version of smarketing is right for you... the implementation of that is a curve, it's not binary.  You already have a clear view of the two extremes (pure smarketing vs purely separate), but imagine if the organization was large enough to have a President of Smarketing, with a VP of Marketing and a VP of Sales under her/him?  Or what if the same person wore both hats, but ran two mostly separate groups?  Strongly unified leadership and goals can affect the way the two groups work together.

In general an organization selling very simple products, with short or instant selling cycles, will want to make sure that the entire customer "experience" is very polished (yes, you are going to say that is always important).  With a longer sales cycle there will be a relationship with the salesperson.  That relationship is what will eventually close the sale, and small miss-steps or miss-alignment with the perfect marketing message get a little less critical to conversion.  But that requires a large enough average spend to justify direct sales involvement, etc.

If you could only pick one of the following to focus on, which do you think would do more for the specific product you are contemplating?
I think you could pick a product at random and see it probably leans toward one or the other (most of the time).

I hope that was better than just saying "it depends". 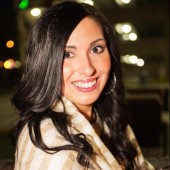 My response to this is that I already see lots of companies trying to do that but I believe that will ultimately fail and is not a good idea because sales and marketing are similar and MUST align with one another but at the same time two separate functions.

To explain with a dating analogy. Marketing is like courting someone. This is where you learn about one another and connect. It's the beginning of a relationship where you learn each others needs and values and see if their is a fit. Sales is like convincing someone to date you, and a lot of work must be put in to continue building and maintaining the relationship. 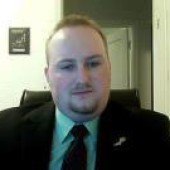 I don't think merging sales and marketing is going to solve the problem everyone is chasing. Sales and marketing people are two very different personality types. They see the world very differently. While they need to effectively collaborate and communicate, merging them will only make its own set of problems. Sales people are grinders and they need that type of management. Creative people are well creative. You hussle a creative person, there is going to be tons of flustered people. You let a sales person go where the wind blows, you'll end up with no sales. 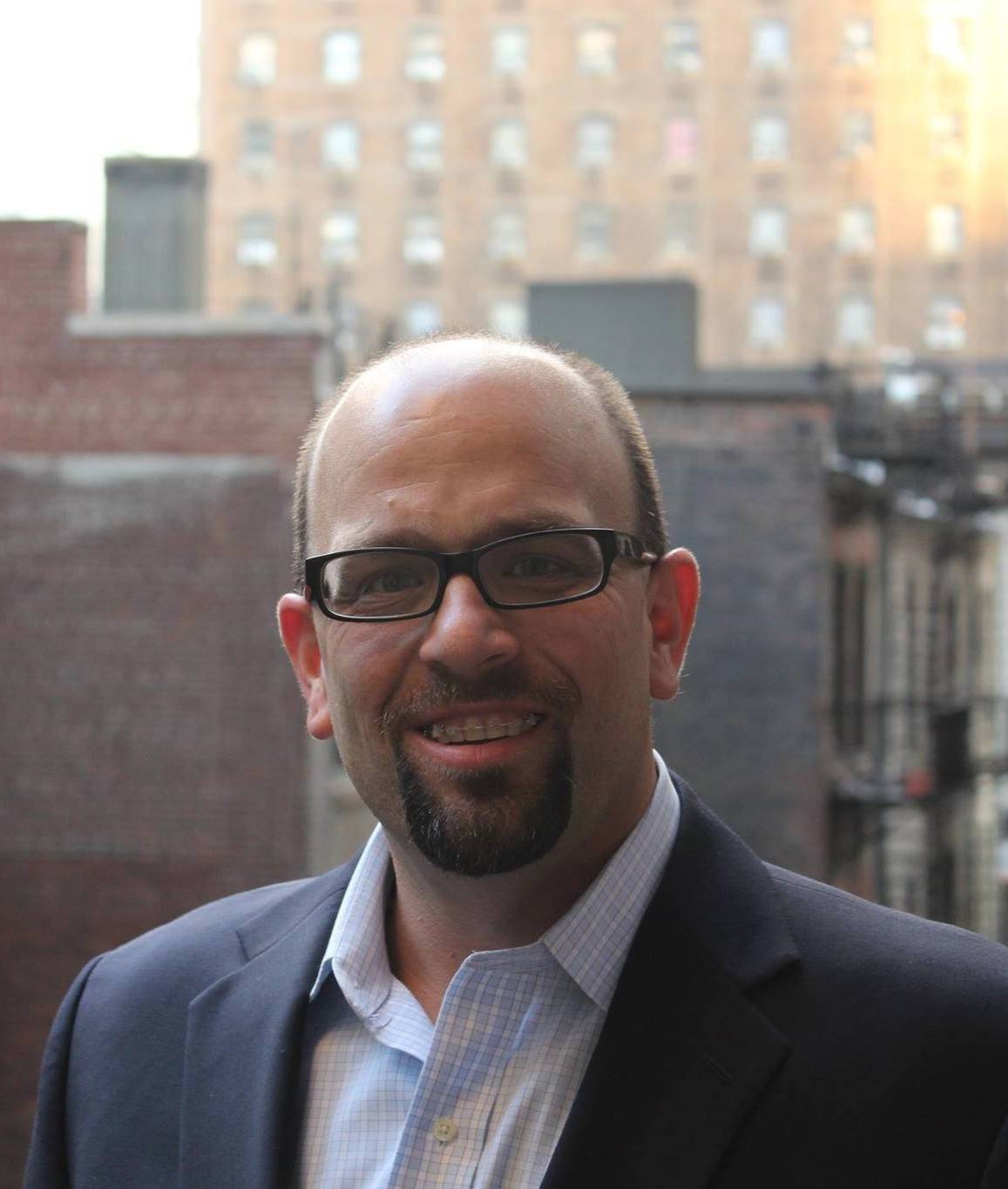 It’s always amazed me that they’ve been separate.

Marketing has traditionally been the ‘science’ (for lack of a better word) of how to ‘position’ a company's product or service.  But it’s always been for ‘Positioning’  it for the SALE.

Let’s not forget that everyone in a company is in ‘Sales’.  Everyone in an organization is involved in some way of 'selling' the services, products, value proposition, or ideas.  There are just certain groups whose ‘sole’ focus is to sell.  Where Marketing helps the sales process - the more integrated the two groups are - the more fluid the sales process is.

I liken your “SMARKETING” terminology - as its a ‘smart’ way to think about the sales process.

No! I think that there will be people focused on sales and customer service - as primary points of contact, relationship managers and customer nurturers. They will have people skills and selling skills. They will probably work more with the Product Development team to generate products or services that customers need.
And there will be people focused on marketing communications and data - to build the brand, to generate leads, engagement and loyalty, and to provide support to the business dev folks. I do think that marketing will merge with IT, in order to maximize the capabilities and benefits of having big and smart data.

Like anything, this is not a binary issue and depends largely on the type and stage of the biz.  For example, B2B companies like Slack have been bottom-up sales organizations that have largely sold by word-of-mouth (B2C sales model), but once they reach a certain size, enterprise deals become important to grow the biz and for this there's just no easy way to scale without direct sales people.  Even B2C companies that are very successful reach a point where distribution deals become important and while the initial ones take the form of business development deals, scaling those turns into a direct sales function best handled by a direct sales team.  For example, a successful B2C mobile app company may reach a point of growth where it wants to strike an 'on-deck' deal with mobile carriers.  Such deals will not do themselves and need a team focused on making these happen.
Marketing in all its various forms does clearly interface with sales, especially as it relates to leadgen, product marketing, and general customer outreach at events, but to see the combination of those only works in the earliest days of consumer marketing, not as a long term strategy, at least this has been my experience even in companies where the combo is viewed as sufficient at the outset.

It depends on a lot of factors. A more likely scenario I see is the merger of the CMO and CIO to be more of a Chief Data Officer.
Chris

"Marketing is too important to be left to the Marketing Department." - David Packer
The truth is, everyone markets you whether you like it or not . . . every employee, customer and vendor who talks about you markets you - even your kids!
Just as you don't own your brand - it's not what you say it is it's the perception in your customer's mind - marketing is not a department. Trust me. I've been the Marketing Department for companies and charities for more than 25 years. You don't control your brand, but you can help shape the message through stories.
Marketing and sales are not mutually exclusive, they are part of a continuum. Every communication is part of the continuum, too, and should never be placed in silos. Blogs, Social Media, Web Site Copy, Ads . . . any 'Content' is part of the whole. It's bewildering to see everything segmented, siloed and separated by so-called 'experts'.
Seth Godin replaces the 4 Ps of Marketing with 5 Elements: Data, Stories, Products, Interactions, Connection.
It's about resonating and connecting, not separating.
Communicating without a plan is risky business.